One anticipated result of the merger of the FCA (Fiat Chrysler Automobiles) and PSA (Peugeot Société Anonyme) groups is the introduction of new vehicles resulting from the sharing of resources between the two automotive giants.

There’s little doubt there will be announcements along these lines over the next few years. It’s clearly in the interests of all divisions to collaborate.

One of these announcements could well concern a new Jeep model, and a tiny one at that; it would be positioned under the Renegade model in the range. We’re sticking to the conditional tense here, because the source for this report is an anonymous one, who spoke with Automotive News magazine.

The source mentioned that the model did not yet have a name, but that the project was serious. It would take advantage of the CMP (Compact Modular Platform) already underpinning the Peugeot 208 and Citroën C4 models in Europe, among others.

This isn't the first time Jeep has considered adding a very small SUV to its lineup. When Jeep and Fiat become roommates a little more than 10 years ago, rumours spoke of a Jeep version of the Fiat Panda, a model that is very popular in Europe. We hoped to see a version of the Panda appear, but the project never materialized. This new project seems more serious. The big question, however, is its distribution; specifically, will it be sold in North America?

The CMP platform confers several advantages. It is much newer than the one used for the Panda, but most importantly it’s modular, which means it can receive different types of powertrains, including hybrid or fully electrified systems. Different model configurations would be proposed in terms of mechanics and driveability, but let's wait and see before speculating too much on that front.

The source added that most of the powertrain components would come from Peugeot. Another salient fact is that the CMP platform was not designed to accommodate a model focused on off-road driving. That's a bit of a shocker.

Fiat would build this small Jeep at its plant in Tychy, Poland, where it assembles the Fiat 500 and Lancia Ypsilon. Production is, according to the report, scheduled to begin in 2022. The vehicle will undoubtedly help Jeep increase sales in the European market. Its regular offerings, apart from the Renegade, are generally seen as overly big models for Europe. 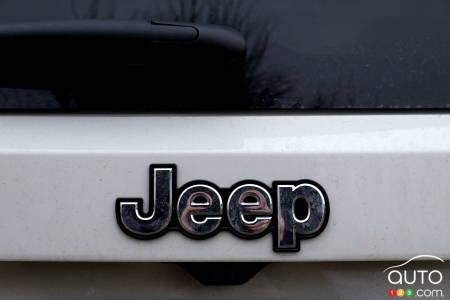 The Trackhawk Version Might Not Be Part of the Next-Gen G...

A new report citing Stellantis sources suggests the next-generation Grand Cherokee might not get an uber-powerful Trackhawk version. Not that long ago, Ameri...

Dodge and Jeep Will Recall 270,000 Vehicles over Rollaway...

Dodge and Jeep are recalling more than 270,000 vehicles - including nearly 20,000 in Canada - due to a problem with the shifter and the braking system. Essen...