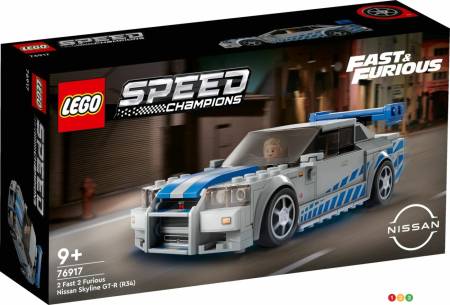 •    Lego announces its next car model: the Nissan Skyline GT-R from 2 Fast 2 Furious.

•    The set quite accurately reproduces the model and has 319 pieces.

•    A figure representing the character played by late actor Paul Walker is included.

Fans of Lego products and of the Fast and Furious movie franchise have something to look forward in the new year: the toy company has announced that the next car model it will offer is the Nissan Skyline GT-R features in the second installment of the series, 2 Fast 2 Furious.

The set, which is part of the Speed Champions series, will consist of 319 parts.

Like the car used in the movie, the model is based on the generation known as R34, produced between 1999 and 2002. Lego's version faithfully reproduces the car, which has some unique features. It is thus immediately recognizable, especially with its square headlights and typical offset lights.

To add to the authenticity, buyers get, in addition to the car, spare wheels and a decorative set for the body, as well as a gigantic spoiler on the trunk. There’s even a nitrous oxide (N20) bottle in place of the passenger seat. A figure of the character Brian O'Conner, played by the late Paul Walker, is also included.

The model joins other movie-star cars on the Lego roster, for instance the Aston Martin DB5 from James Bond, the Ecto-1 from Ghostbusters and the DeLorean from Back to the Future. The 1969 Dodge Charger from the first The Fast & the Furious was also produced.

The Lego Skyline GT-R will be released in January 2023. 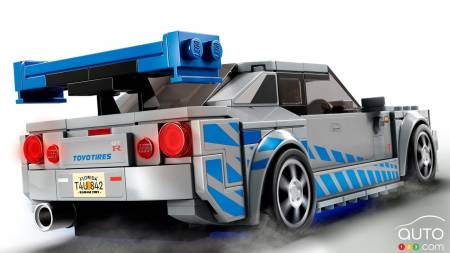 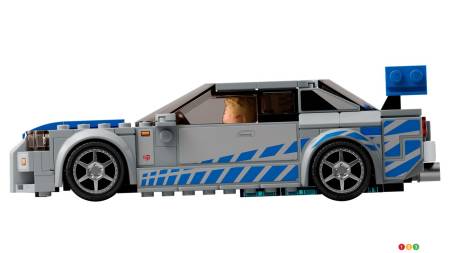 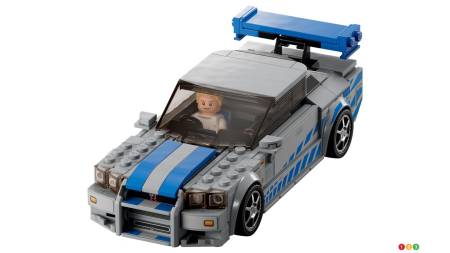 Lego Launches New Back to the Future Delorean Set

Lego will offer, from April 1st, a new Back to the Future set, this time allowing to reproduce the three DeLoreans. Only one at a time can be assembled, howe...

Nissan GT-R’s Replacement Will Be Hybrid, and Eventually ...

The car that will replace the departing GT-R sports car in the Nissan lineup will be a hybrid first, then an electric one. The automaker’s Nismo performance ...

A lifesize Aston Martin DB5 made from 347,954 Lego pieces has been assembled and is now on display in the largest Lego store on the planet, in London, England.