Since early March of this year, all major auto shows around the world have been cancelled due to the coronavirus. All but one, actually. The Los Angeles show, normally scheduled to take place in the last days of November, is still on tap. However, the ongoing situation being what it is, particularly within the U.S., an announcement concerning its postponement to next May is apparently imminent.

This is according to a report by Automotive News magazine, which cites three sources it says are very familiar with the planning schedule for the event. Rather than taking place at the end of November as planned, the event will be held from May 21 to 31, 2021.

Which means that if the pandemic situation improves and an effective vaccine comes our way early next year, the first six months of 2021 will see a cavalcade of auto shows and related media events unfurl.

An announcement regarding the new dates for the LA show could be made as early as this week, said two of the sources.

A Los Angeles show in May would place it between the New York Auto Show in April and the Detroit International Auto Show in June. This rapid succession of major events would force manufacturers to make difficult decisions about which locations will be the most important for their unveilings. At the same time, so many new presentations have had to be postponed that there will be no shortage of new products to showcase in the coming year. 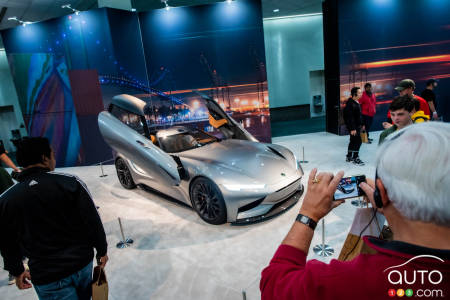 Barring any further cancellations or postponements, the three major U.S. shows will be compressed into a three-month window instead of seven months in 2021.

Public days for the New York show are scheduled for April 2-11, while Detroit’s big automotive circus is scheduled for June 19-26. In the latter case, the last edition took place in January ... 2019.

The other big question is who exactly will choose to take part in the auto shows. These events were already in trouble even before the arrival of Covid-19, as manufacturers sought to limit their expenses while increasing the time their products were in the media spotlight. Even before the pandemic, many carmakers were skipping events or cutting back on their appearances.

We still await confirmation from the organizers of the Los Angeles Auto Show regarding the postponement of their event, but considering the current situation, it’s pretty clear that no large indoor gathering of that sort is going to happen this year. 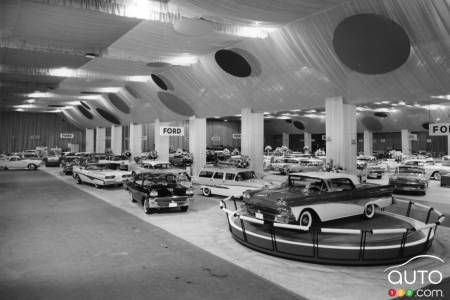 As expected, the organizers of the New York Auto Show, which had been postponed from April to August, are throwing in the towel for 2020. While the situation...