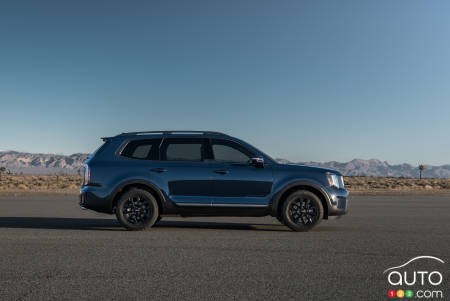 Fans of big Korean SUVs got a two-for-one at the New York Auto Show’s traditional media day today. First Hyundai rolled out its revised and updated Palisade, then its cousin over at Kia got its turn under the spotlight. In the process, Kia showed it wasn’t going to rest on its laurels in the case of the award-winning Telluride SUV. For 2023, the automaker gives the model a moderate makeover to make sure it stays fresh and appealing.

With such a winning design as the Telluride’s though, Kia wasn’t going to do anything radical. The look of the SUV remains largely the same. We still find that wide “tiger nose” grille, but it gets a new mesh, while the vertical headlight clusters - and LEDs - have been redesigned for the occasion, as has the bumper.

At the rear, the changes are less striking, but there is a different design for the parking lights, for example. But one element worth noting is that Kia is entering the “adventurer” sub-segment with two versions for those who like to be seen behind the wheel of a vehicle that looks both rugged and elegant. 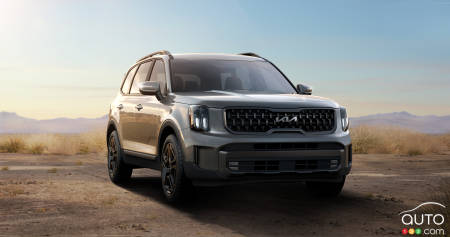 X-Line, X-Pro
The Telluride X-Line is mostly just disguised as an adventure SUV with its darkened elements and 20-inch wheels, but the X-Pro level pushes things a little further with 18-inch wheels wrapped in Continental off-road tires and ground clearance higher by 10 mm.

Nothing to report under the hood, as the 2023 Kia Telluride retains its naturally aspirated 3.8L Atkinson-cycle V6 engine, which produces 291 hp and 262 lb-ft of torque. The 6-cylinder is once again teamed with an 8-speed automatic transmission and a standard all-wheel drive. As before, the Telluride offers several drive modes. 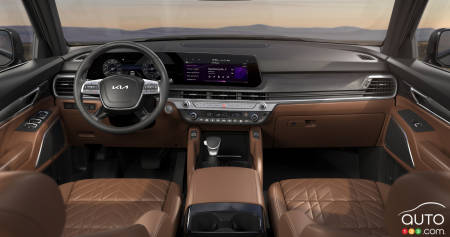 Inside, the dashboard is still graced by that vast two-screen panel - the middle one being touch-sensitive - with Kia focusing this time on making its flagship SUV a little more connected. So buyers get wireless Internet connectivity on all trims and compatibility with several smart device models that can replace the traditional key to access the cabin. The full-colour head-up display is also larger in 2023.

Unsurprisingly, the big SUV is packed with safety features, but for the new model-year, two new systems are added to the long list: intelligent speed limit assist, which can even slow the vehicle by recognizing road signs, and assisted left turn, which, if it detects an impending collision, can brake the vehicle to avoid the worst.

We'll know more in the coming months, with the new model expected later this year. 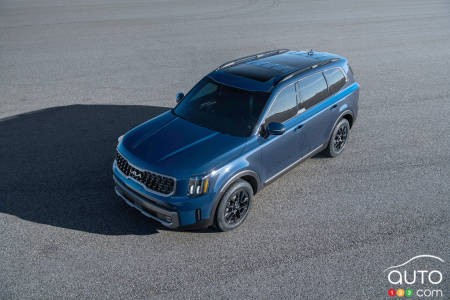 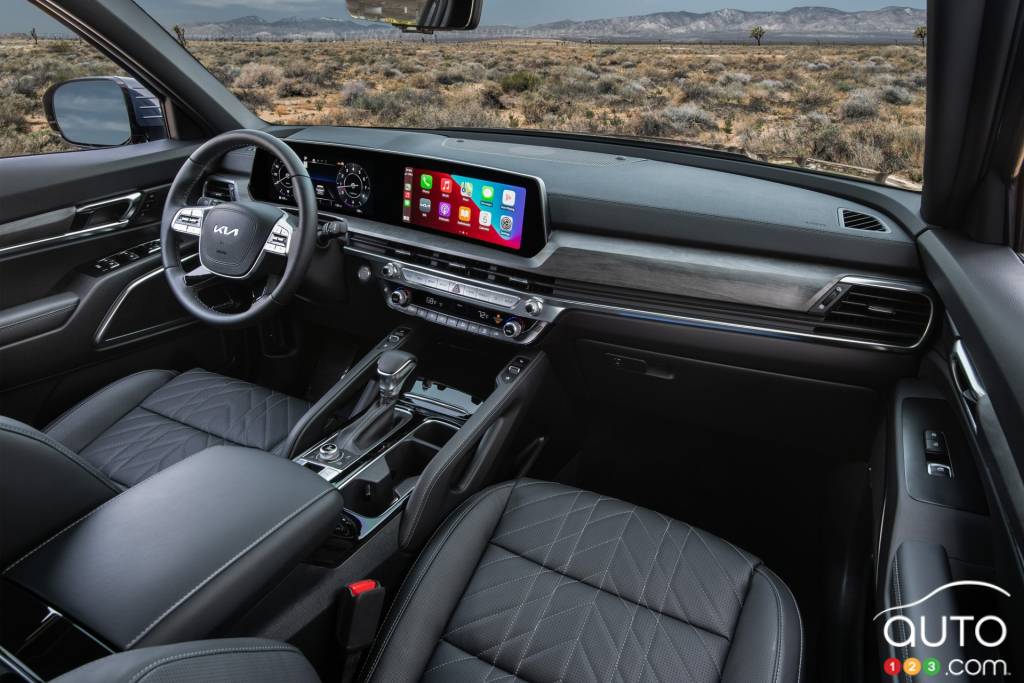 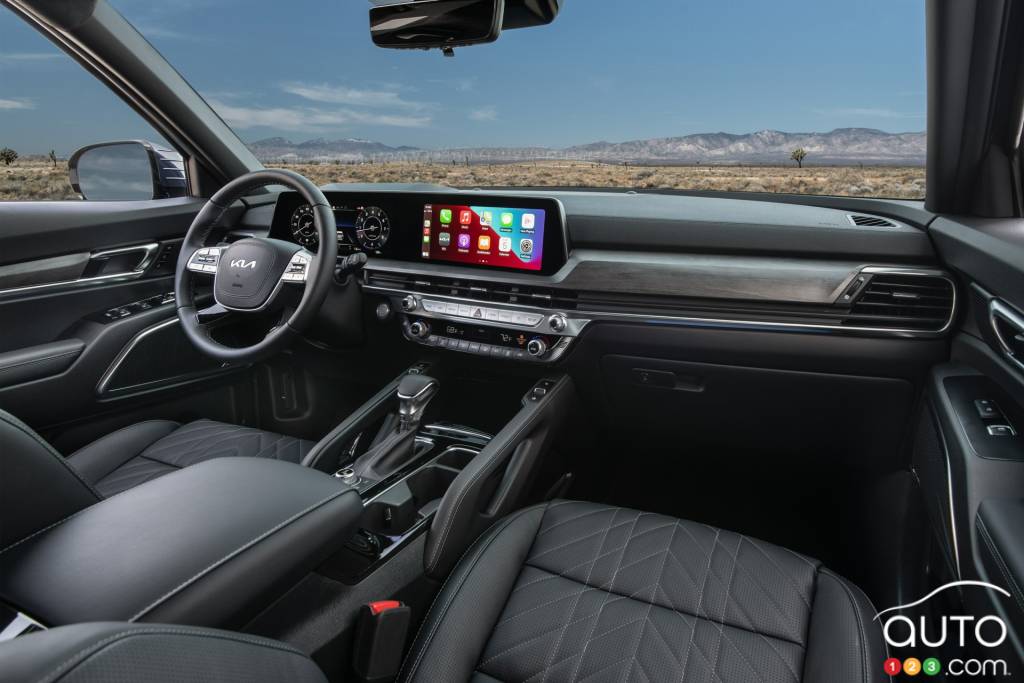 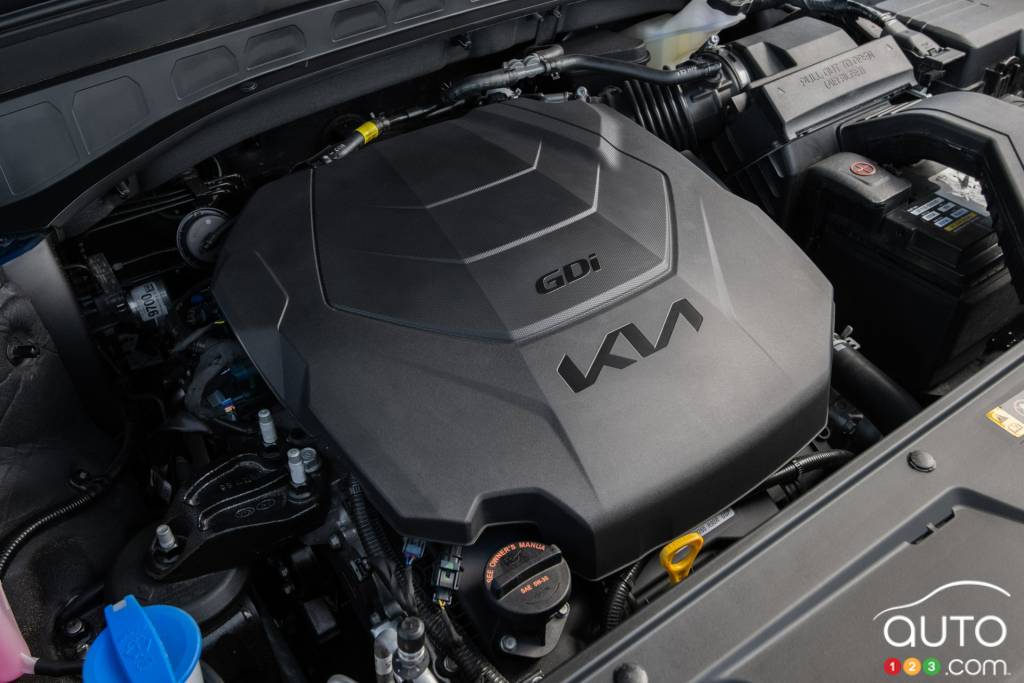 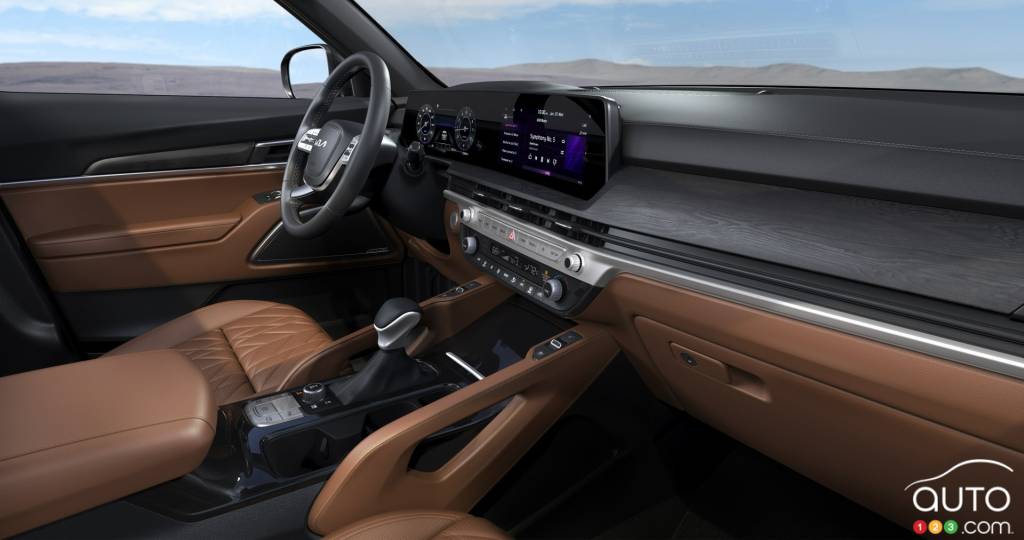