The FCA (Fiat Chrysler Automobiles) and PSA (Peugeot Société Anonyme) automotive groups have finally hammered out a binding agreement to merge, and in the process have altered the automotive landscape.

As anticipated, PSA CEO Carlos Tavares will head the new merged company, while FCA Chairman John Elkann will continue to hold that position within the new entity, which in one swoop becomes the world’s fourth largest automaker. The group is valued at $47 million, placing it ahead of Ford. In an amusing twist, the merger also brings together two of Europe’s grandest families in the domain, the Agnellis of Italy and the Peugeots of France.

An 11-member board of directors will include five members picked by PSA and another five chosen by FCA. Among these will be representatives of labour unions. Big boss Carlos Tavares, working on a fresh five-year contract, will be the 11th member of the board. He had this to say during a media conference call:

"The challenges of our industry are really, really significant. The green deal, autonomous vehicles, connectivity and all those topics need significant resources, strengths, skills and expertise." 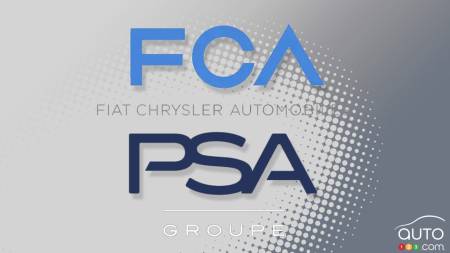 As we’ve reported previously, the merger will result in estimated savings to the tune of 3.7 million Euros par year. 40% of those will come from sharing technologies and platforms, another 40% from economies of scale when purchasing components, and the last 20% from savings in administrative costs touching on logistics, marketing and such. There are no plant closings planned.

This last comes as a relief to many, of course, but we’ll have to wait and see if that pledge still holds true in two or three years.

There are clear and obvious advantages to this merger for both parties to it; each side’s strengths should come and bolster the other’s weaknesses in certain domains and within certain specific markets.

For the rest, there’s much work to be done in the coming weeks and months; the top brass at both companies will have very packed agendas for the nets year, to be sure. One task will be to choose a name for the merged company. We expect that this and most other administrative work will be completed within the next 12 to 15 months.

The Stellantis company being created from the merger of Fiat-Chrysler and the PSA Group has unveiled its official logo. The final legal steps creating the ne...