•    The list of the top 10 most searched electric vehicles online in 2022 is an interesting snapshot of consumer interest.

•    It's safe to assume that with all the models set to debut in 2023, this list will look very different next year.

Just before the holidays, we brought you the ranking of the 10 upcoming electric vehicles that were most searched for on online search engines. To kick off 2023, here's the list of 10 BEVs that are already on the road and are the subject of the most searches online.

Like our other list, first place is held down by a Tesla model. The Model 3 generated 25.2 million online searches over the past year. That's an impressive number, especially given the considerable gap between it and the number of searches regarding the vehicle in second place. The Kia EV6 generated 16.44 million searches.

In third place is another Tesla vehicle, the Model Y SUV with 15.6 million searches. It’s closely followed by the Hyundai Ioniq 5, which proved interesting enough to consumers to generate 13.32 online searches in 2022.

Fifth position is held down by a model that surpassed all the expectations placed on it when it first launched. The Porsche Taycan was searched for 12.24 million times in 2022.

We find the other two Tesla models currently on the market, the Model X and the Model S sedan, in sixth and seventh places. The totals are almost identical: 10.75 million for the first, 10.03 million for the second. 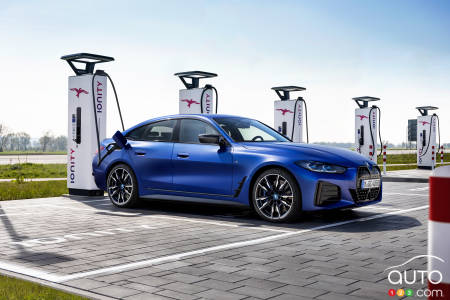 In eighth place sits the Polestar 2 with 9.12 million searches. It’s followed by the BMW i4 and the Audi e-tron, searches for which added up to 8.14 and 7.8 million, respectively.

With the array of electric models expected to show up in 2023, plus all the others that will be announced in subsequent years, it's safe to assume that this list will look very different when we do the same exercise this time next year.