Last week we gave you a rundown of the biggest and brightest events at the 2019 Los Angeles Auto Show. We double back this week with a second look at some of odder and more–neglected vehicles and displays at the event - which is still on by the way. 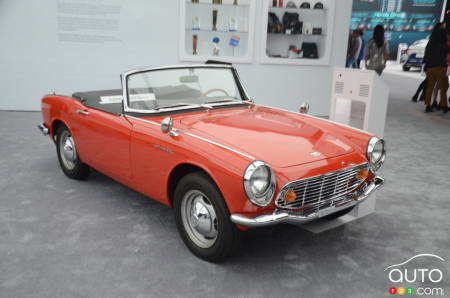 Two vehicles in particular drew our attention at the Honda stand this year. One was this magnificent S600 roadster from 1965, recognized as the first mass-produced vehicles from the Japanese manufacturer. It was also the first to be produced in two configurations, one a coupe and the other a convertible. Under the hood of the car, a 606-cc 4-cylinder engine that generated 57 hp. 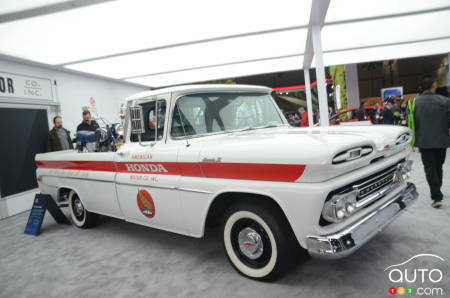 The other vehicle at the Honda stand was… a Chevrolet. Wait, what? If you’ll recall, we previously related the story of this model’s recent restoration by the Japanese automaker. It exists because in Honda’s first years in California in the early 1960s, the company distributed motorcycles. And to actually be able to distribute them, it acquired a Chevrolet pickup.

This year, to mark its 60 years of operation in North America, Honda decided to “restore” a similar model and display in at its museum. Bravo, says Auto123.