Auto123 takes out its crystal ball and presents the 30 most notable models that will be arriving in 2020-2021. Today, the SUVs (and pickups)!

We continue this far-reaching overview with what sells the most these days: utility vehicles. The choice in this niche is so vast that we could have doubled the number of models expected, but well, we had to make choices to stick with the most relevant models.

Ford Bronco and its little brother, the "Baby Bronco" 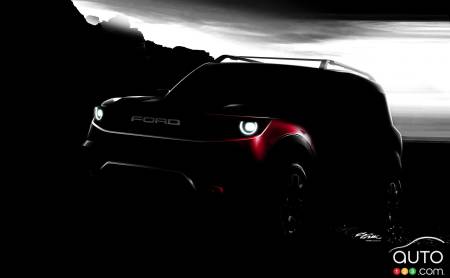 The Jeep Wrangler better gird itself – Ford’s riposte is on its way. The 2021 Ford Bronco is finally getting its big coming out party at the New York Auto Show this coming April, just two months away.

On the menu will be two distinct body styles, one short with two doors and the other with two extra doors. Like its FCA rival, the roof can be removed for open-air driving.

The link between the returning Bronco and the Ford Ranger means that the 2.3L, 4-cylinder EcoBoost engine is likely to be present in the new SUV. But we wouldn’t be surprised if the 2.7-litre Ecoboost twin-turbo V6 used liberally in Ford products also ends up on the list of options.

Then, there's also the "Baby Bronco" that will sidle up to the Ford Escape in the lineup but with a more rugged silhouette, or at least one that’s closer to that of the Bronco. The little Bronco will be based on the same platform as the Ford Escape, so we can expect similar powertrains for this more-macho model. Already in the testing phase, the Baby Bronco should also be introduced in 2020.

GM is recalling 135,400 Buick Encore GX and Chevrolet Trailblazer SUVs due to a potential problem with their jacks. Made of plastic, the jacks can break if n...