April sales figures have just come out and they paint a dire picture for the automotive industry as it struggles to cope with the effects of the current pandemic. But all the news isn’t bad, even though the bits of positives tend to fly under the radar these days. One of those is Toyota announcing it has sold more than 15 million hybrid models worldwide since the introduction of the very first Prius model back in 1997.

Which is quite the accomplishment, by any measure!

The feat is made even more remarkable when you consider that it took about 10 years for the manufacturer to reach the one million mark for hybrid models sold.  In 2013, the figure reached 5 million mark, and it took only another four years, until 2017, to reach 10 million sales. Just three years on, the number has climbed past 15 million.

As you can see, the growth is, ahem, exponential. And it is, of course, due not only to growing consumer interest, but also to an increasingly diversified supply of products. 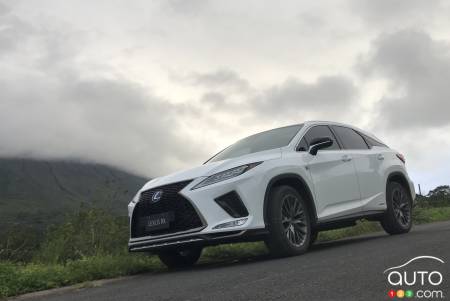 Looking at all the markets where the Japanese company is present, Toyota and Lexus offer no fewer than 44 hybrid models. In North America, these include the Prius (now in its 6th generation) and the hybrid variants of the Corolla, Camry, Avalon, RAV4 and Highlander, as well as the plug-in hybrid offerings of the Prius and RAV4 (the Prime models). Lexus, meanwhile, sells hybrid derivatives of the ES, LS, UX, NX, RX and LC.

The automaker estimates that its hybrid solutions have saved more than 120 million tons of CO2 emissions compared to equivalent gasoline-powered vehicles.

“It is thanks to our hybrid sales that Toyota is well on its way to meeting the 95g/km target set by the EU for 2020 and 2021 in Europe, where CO2 regulations are the toughest in the world. In addition, our full hybrids are also incredibly effective at running without emissions for the majority of the time in cities.”

With the RAV4 Prime compact SUV expected this fall, it’s a safe bet that the next million Toyota hybrid models won't take long to sell.

Toyota Corolla Hybrid: As Frugal on Gas as the Prius

The official fuel-consumption figures are in for the new hybrid version of the Toyota Corolla. The model will advance the same average combined city-highway ...