Volkswagen’s plan to gain more market share in North America is just getting off the ground, it appears. Last week the company put on the official reveal of the Atlas Cross Sport at its assembly plant in Chattanooga, Tennessee. Now the company’s head for North America, Scott Keogh, has confirmed that VW will bring at least two more SUVs to our market.

In an interview with The Detroit Bureau, Keogh specified that the two new models would be smaller than the Tiguan. Most likely, the smaller one will fit into the subcompact crossover category, while the other will be just a little larger. Roughly speaking, this means we can expect two vehicles about the same sizes as the Nissan Kicks and Qashqai.

Unfortunately, the executive declined to provide any further details regarding the two models to come, though he did acknowledge that they would help make it possible for the company to grow its footprint on North American soil.

Striking while the iron is hot
We’ve heard it ad nauseum, sales of SUVs continue to grow year after year. Volkswagen has seen the same trend within its lineup. Since the start of 2019, utility models have made up 52% of the company’s sales; three years ago the percentage was 14%. The addition of the Atlas Cross Sport and two or more other models can only supercharge the trend for the German manufacturer. 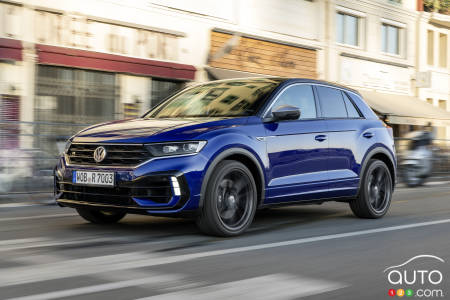 There’s no word right now on when we might see these two new VW SUVs appear, but as no one expects the momentum in the category to wane any time soon, Volkswagen has the time to develop exactly the products it wants for the North American market.

New blood?
One question worth asking is whether these will be all-new models, or variations of products currently in existence from Volkswagen in other markets. Time will provide the answer. Recall that the automaker has the T-Cross and T-Roc SUVs crossovers elsewhere, but when asked previously if it had any plans to bring those across the Atlantic, VW has said no.

In recent years Volkswagen has made strong efforts to produce models that fit the wants and needs of North American consumers, so we expect the two new models will be similarly targeted, not warmed-over European vehicles. 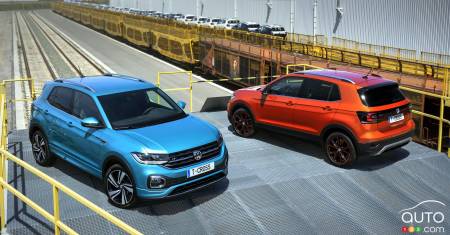