The Geneva Motor Show having been called off due to the coronavirus, Volkswagen announced new details online about its ID.4 electric SUV.

Firstly, in a move that surprised no one, the company confirmed that the model, first see under the guise of the ID. Crozz concept, will in fact be called the ID.4. Some slightly camouflaged versions were also published, and VW confirmed a few other new details, notably that the vehicle product would first be offered in a rear-wheel drive configuration, then with all-wheel drive sometime after.

As for range, Volkswagen confirmed that it could reach 500 km on the more-generous European cycle, depending on the powertrain chosen. This suggests that several battery sizes will be offered. In addition, Volkswagen says that because the model will be built at its eco-friendly plant in Zwickau, Germany, where the ID.3 is also assembled, the footprint of the ID.4 will be carbon neutral throughout the production chain. The ID.4 will be introduced in Europe in 2020, with its North American debut following later in the year. A near-production version should also be presented shortly, possibly at the next New York Auto Show. This was confirmed by a Volkswagen spokesperson, who also said that the model will be produced at the Chattanooga, Tennessee plant as early as 2022. It will also be built in China at some point.

Like the ID.3, the ID.4 is built on Volkswagen's modular SEM platform with electric drive. It features a long wheelbase that ensures sufficient space for passengers and a balanced weight distribution with a low centre of gravity thanks to the battery storage under the floor. What the new images show us differs slightly from the most recent spy photos that floated around online, with less pronounced front air vents and LED light bars connecting the headlights. According to Volkswagen, the interior controls will consist of buttons and touch or voice-activated commands. Having already started production of the ID.3 at the end of last year, Volkswagen now says its target for electric-vehicle production is 1.5 million units by 2025, 500,000 more than originally planned. This new target comes in spite of reported problems with the ID.3’s software, which are slowing that model’s rollout.

It will be interesting to see how North American consumers react when the ID.4 launches. If successful here, the model could pave the way into our marker for many of the brand's other electrified products to come. 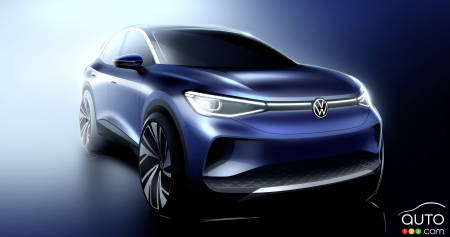 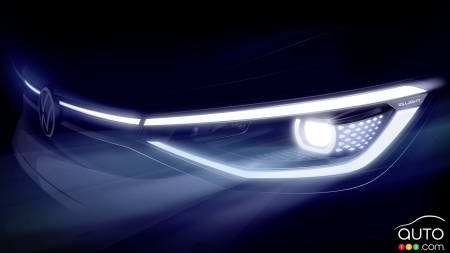 Fiat presented yesterday the new generation of its 500 model. For its next turn, the automaker’s little bug has gone electric. We don't know for the moment i...