Volkswagen, working hard to catch up in the SUV segments in the North American market, has confirmed that it will definitely be bringing its Atlas Cross Sport to production here, and is likely to do so as well with the Tanoak pickup truck. Both were previewed as concepts at the most recent New York auto show in March.

Though each is still in their concept phase, Volkswagen made official presentations for both models at the Pebble Beach Concours d’Elegance in Monterey, California this weekend. 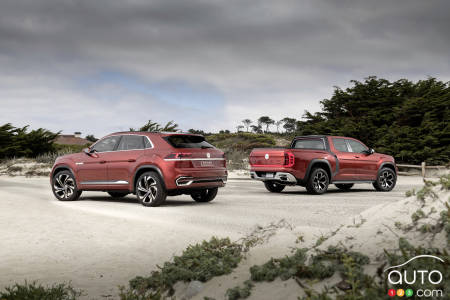 Atlas Cross Sport
This is a smaller 5-seat version of the Atlas mid-size crossover, available in North America since 2017. Volkswagen plans to have a production version ready late in 2019 as a 2020 model. It features the same powertrains available in the VW Atlas, in which front-wheel-drive versions get a 2.0L 4-cylinder, and others a 3.6L V6. It will differ in terms of its shape, however, as it sports a more coupe-style roofline.

The Atlas Cross Sport could also get a plug-in hybrid system, working with an all-electric range of some 40 km. The V6 powertrain itself comes with two electric motors for added power and torque while keeping a lid on fuel consumption; 0-100 km/h time in this setup would be 5.7 seconds. Opt for the mild hybrid version with a smaller battery, and that stretches to a still-impressive 6.9 seconds.

The Atlas Cross Sport will be built at VW’s plant in Chattanooga, Tennessee. The company has not however advanced any specific time frame for its debut. 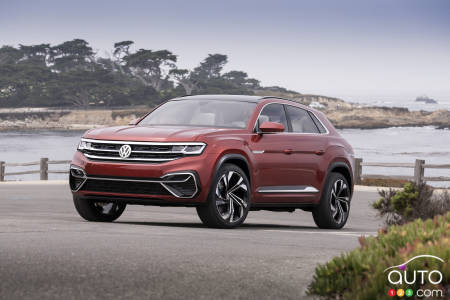 Atlas Tanoak concept
This prototype, evocative in several respects of the Honda Ridgeline pickup, is not yet confirmed, but the company continues to sound out the North American market to see if there is sufficient interest for a production model. The version shown at Pebble Beach is likely pretty near to what an eventual final product would look like.

The Tanoak is built on the manufacturer’s new MQB platform, and fitted with a 3.6L V6 engine generating 276 hp working with a 4MOTION all-wheel drive system and an 8-speed automatic transmission. 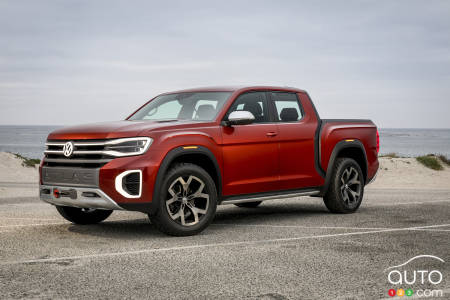 The front end of the Tanoak is actually very similar to that of the Atlas Cross Sport – it is called the Atlas Tanoak, after all – but differs greatly as you move backwards along the vehicle. The most striking feature is of course its cargo bed, quite similar to the Ridgeline’s.

As the Tanoak is built on the same architecture as the now-confirmed Atlas Cross Sport, it’s seems a safe bet that it will become reality. But we’ll have to wait and see if the automaker gauges enough interest in the model to take it to battle in the tough pickup segment in North America. 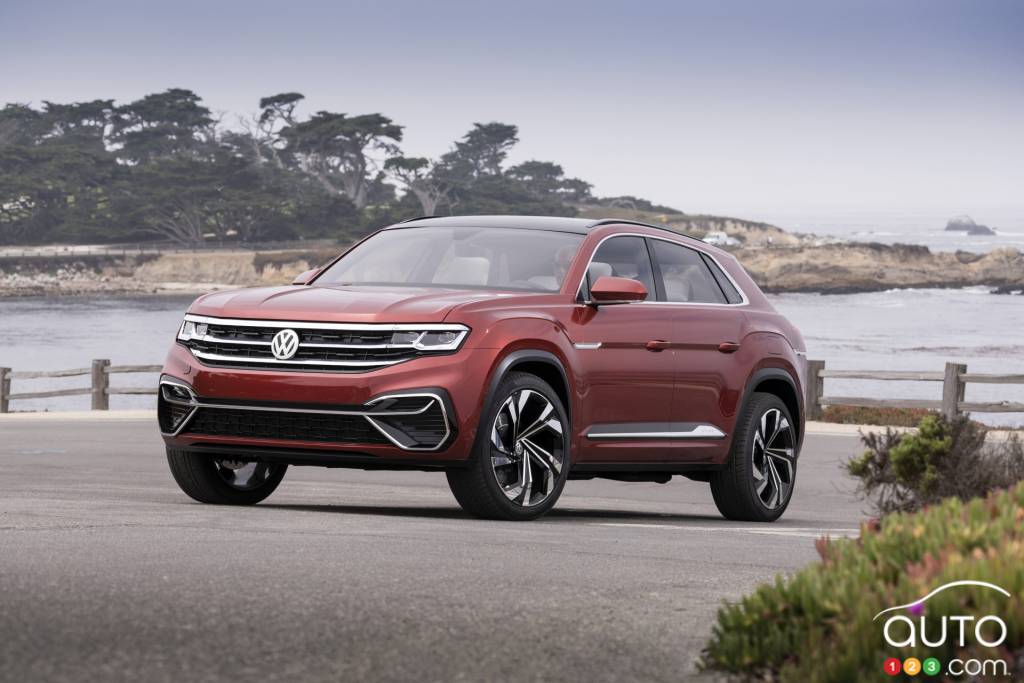 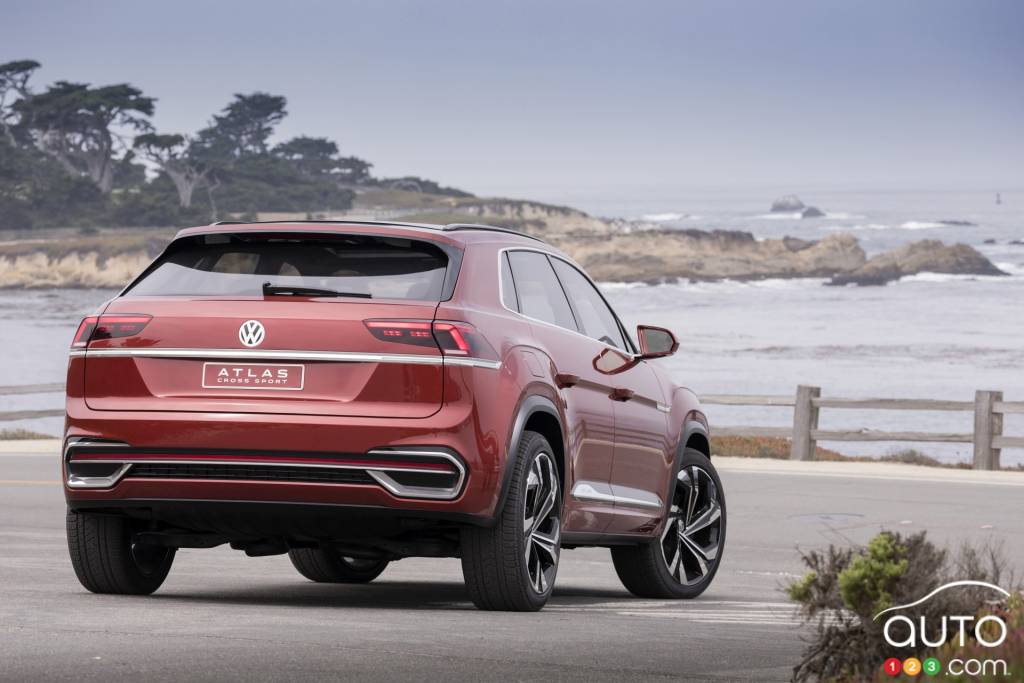 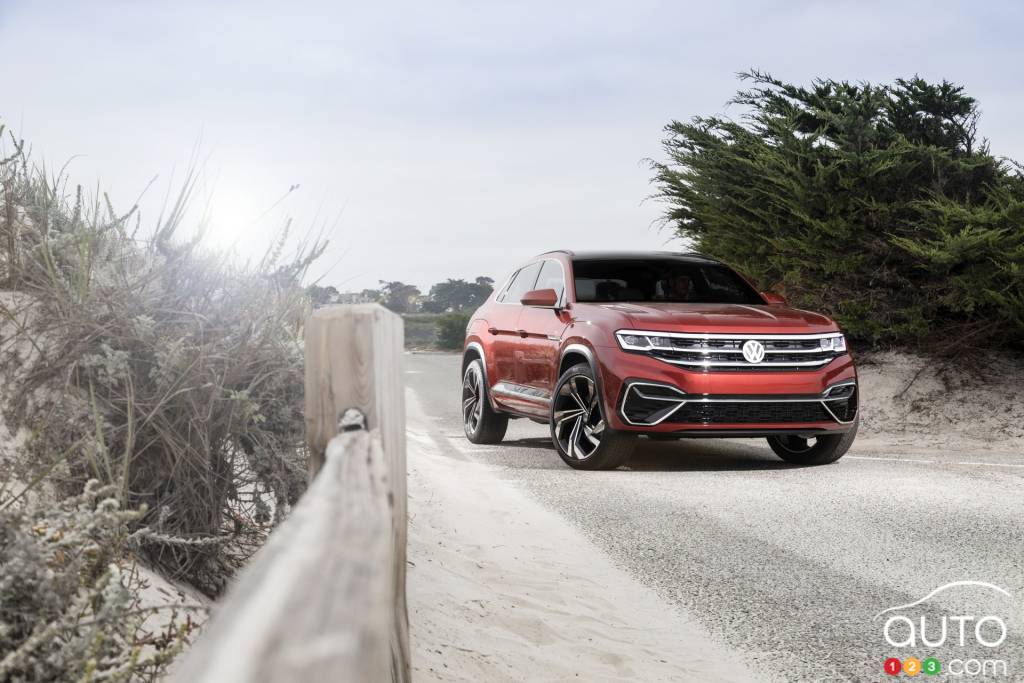 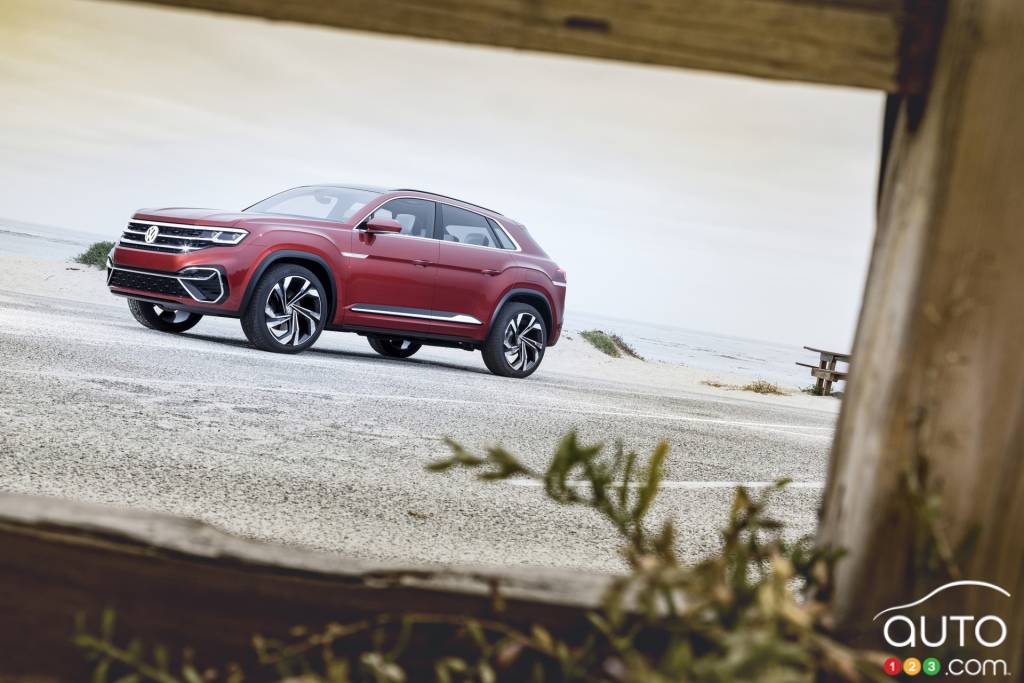 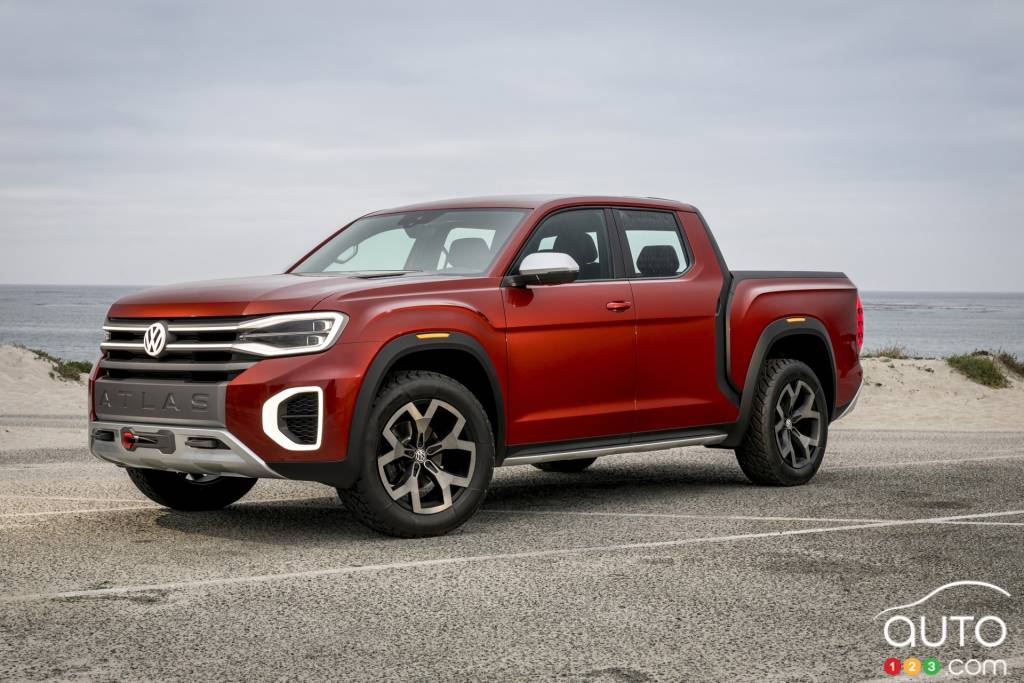 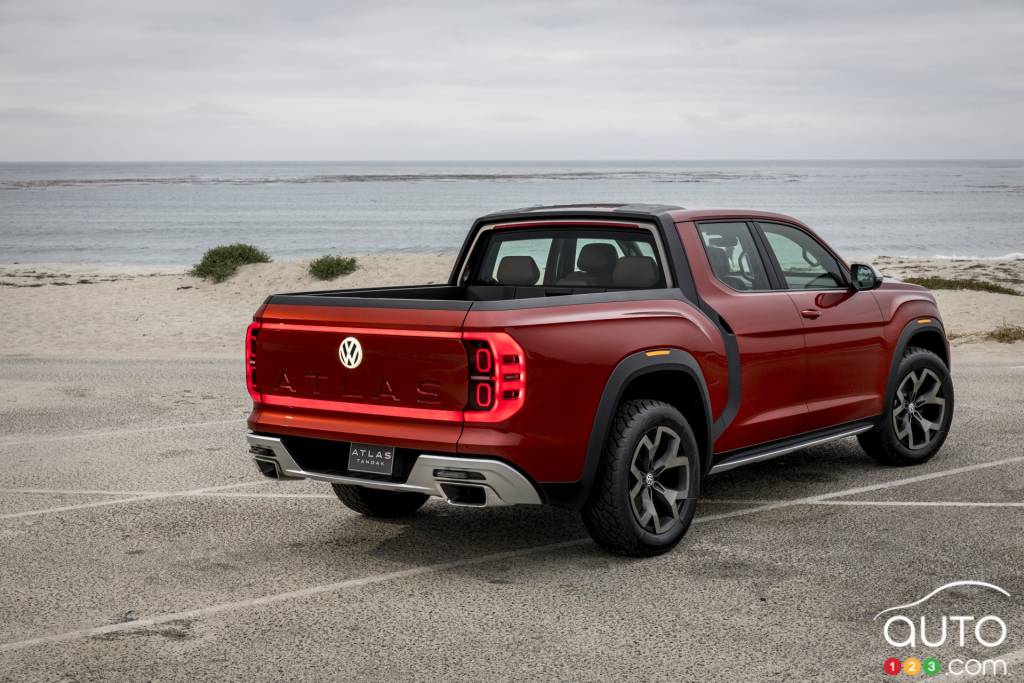 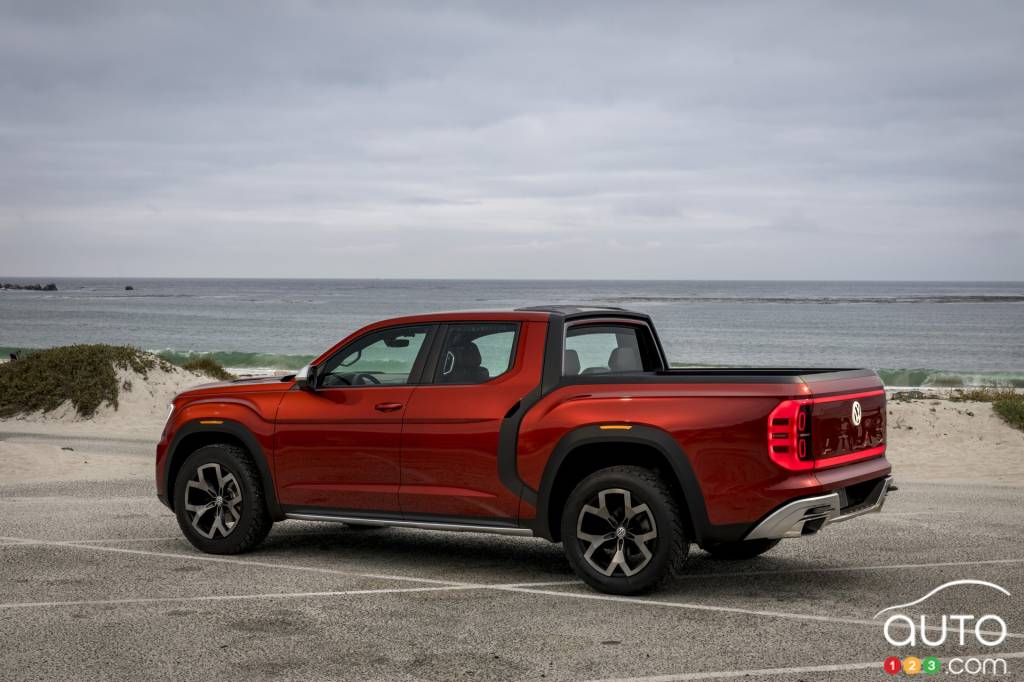 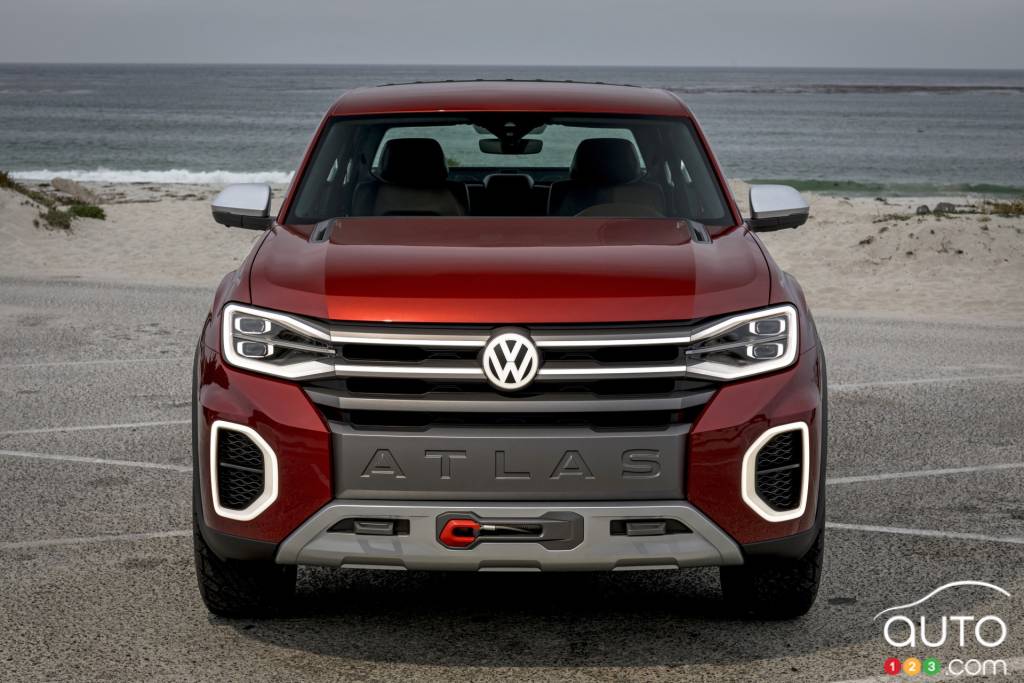 Audi unveiled a concept car for the first time at Pebble Beach this weekend. The highly aerodynamic Audi PB 18 e-tron electric prototype was developed in the...

It’s a wrap for the 2018 edition of the Pebble Beach Concours d’Elegance, and Best of Show honours went to a faithfully refurbished 1937 Alfa Romeo 8C. It wa...