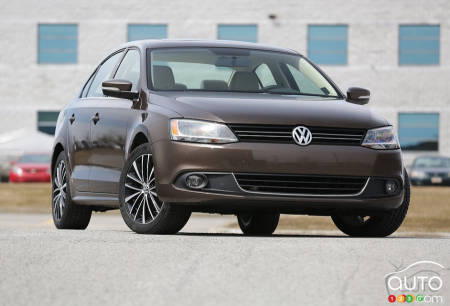 Photo: Philippe Champoux
The 2014 Jetta TSI
The current MK6 Jetta started life facing much more hate from automotive journalists than it probably deserved. The “soreness” from the media came from the base 8v 2.0L engine, solid rear axle, and rear drum brakes to name a few issues.

These decisions were made with a sole purpose in mind: lower the entry price, attract buyers, and sell more cars. Despite our misgivings, the formula worked. Volkswagen sold tons of their very popular compact sedans and, as if to say, “we knew what we were doing all along,” VW addressed the more important issues only a few short years after the launch.

The 2014 Volkswagen Jetta is an accomplished multi-purpose (depending on which of the four powertrains is selected, including the GLI) vehicle that handles with style, looks more expensive than it is, and is roomy and comfortable for the daily drudgery of life. The Jetta can actually make it all better.

What is a Volkswagen Jetta?
Volkswagen’s Jetta was long been considered the Golf’s sedan variation. This has changed over the years as the Jetta has taken on its own identity and position as the entry-level car in Volkswagen’s North American operations. It is also the bestselling nameplate in its line-up.

2014 Volkswagen Jetta Price and Specs
The hook that gets more and more people into Volkswagen showrooms these days is the Jetta bargain-basement entry price of $14,990. This car has few amenities, however, it is the cheapest way to get into German engineering.

This Trendline trim enables you to call the 115 horsepower 2.0L 4-pot yours. Moving up to Comfortline entitles the buyer to opt for the impressive turbocharged 170 horsepower 1.8L 4-cylinder (replaces the 2.5L 5-cyl.). Here, the transmission choice resides between a 5-speed manual or a 6-speed automatic. A Trendline+ adds the uber efficient 140 horsepower 2.0L 4-cylinder TDI engine as an option for $22,490. The TDI may be mated to 6-speed ‘box, either manual or automatic.

As tested, our Highline 1.8T automatic Jetta with the Technology package sported a sticker price of $28,460.

The Jetta once held the top spot among compact sedans in the drive department, but the latest Mazda3 managed to surpass it. Read more about this in our compact car comparo test. Even if the Jetta has been relegated to the second step on the podium, it is a fabulous car to enjoy be it on tight country roads or navigating pothole-laden city streets. The balance provided by its suspension’s tuning affords both comfort and appreciable handling.

The true reason to celebrate the 2014 Jetta is the arrival of the turbocharged 1.8L TSI engine. Such is this mill’s depth of skill is that it feels far more powerful than the numbers indicate, all the while consuming a very reasonable amount of fuel. Boost builds quickly; especially when the shifter is positioned in Sport Mode, and off the Jetta goes.

By my pant-o-meter, it does not feel that much slower than the 200 horsepower GLI. I suspect the 180 lb-ft of torque plays an important role in this affirmation.

The Tiptronic autobox is brilliant as it swaps gear to gear with precision, spurring the driver to keep pushing. When in “D,” the Jetta’s 1.8T is far more reluctant to play hardball. Essentially, “D” is the car’s default eco mode.

As stated, the independent rear suspension combined with sharp and light electro-mechanical steering makes for a car that is immensely pleasurable to drive every day.

Inside and Out of the 2014 Volkswagen Jetta
What typically distinguishes a German car is its sombre yet elegant exterior design. The MK6 Jetta was also criticized early on for looking too generic, too Japanese in fact. 2014 has brought some very mild upgrades, namely to the taillights, new colours and other very subtle elements.

It is difficult to fully dislike the Jetta’s sheetmetal as it is classic and clean. The same goes for the cabin where simplicity and efficacy rule.

Of all the dashboards and interiors in the comparison, the Volkswagen Jetta’s is the one that often came out on top. Points were lost for a slight lack of amenities and an unfortunate rattle emanating somewhere in the fore quarters of the cabin.

The seats are plenty cozy and the backbench is positively roomy. The same goes for the trunk and its large opening.

Despite the heavy-hitting nature of many of these nameplates, the Jetta came in second, behind only the Mazda3, as our favorite compact sedan. Make sure you read our comparo test! 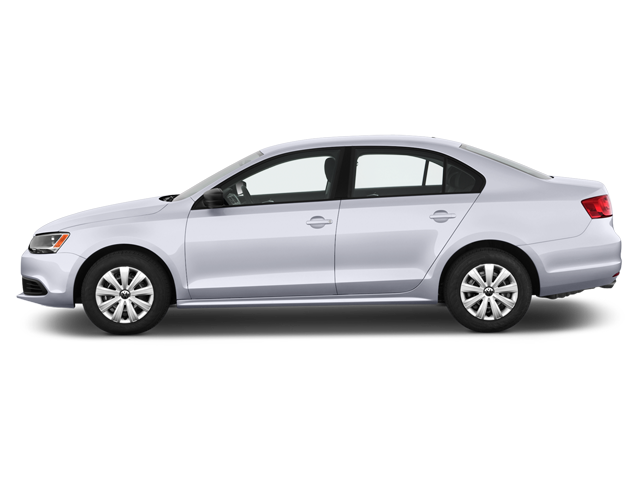 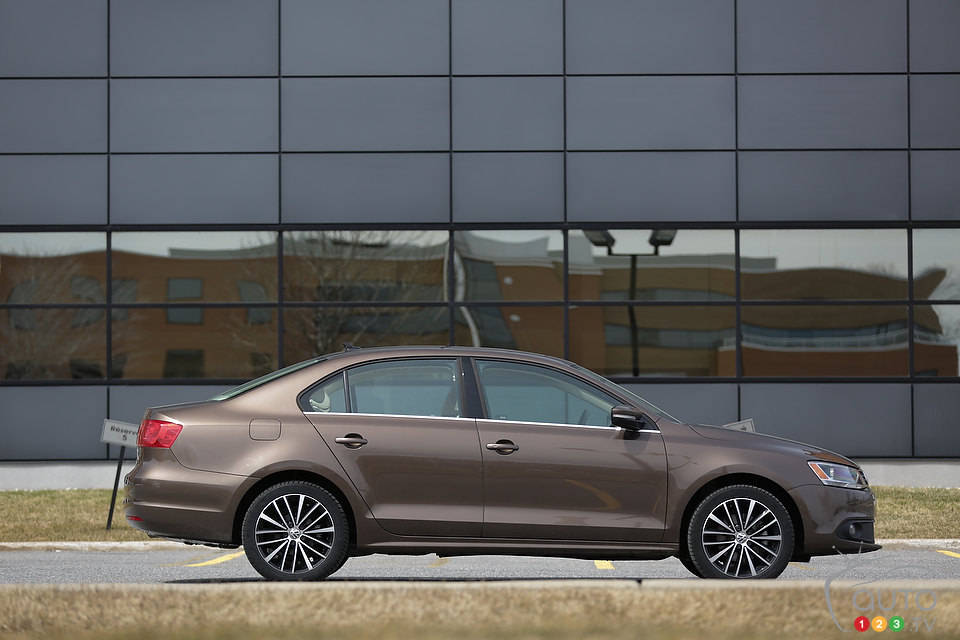 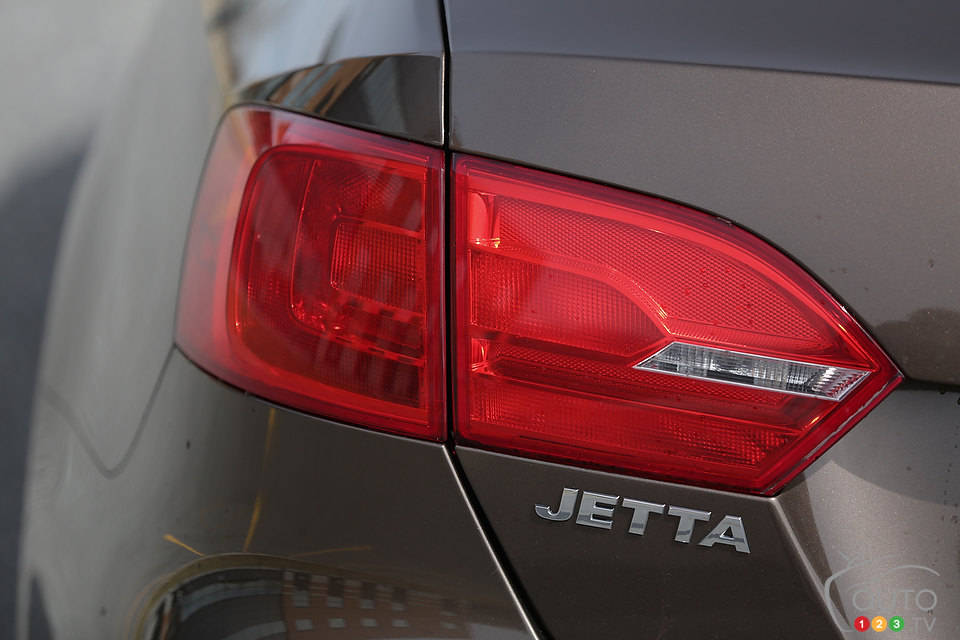 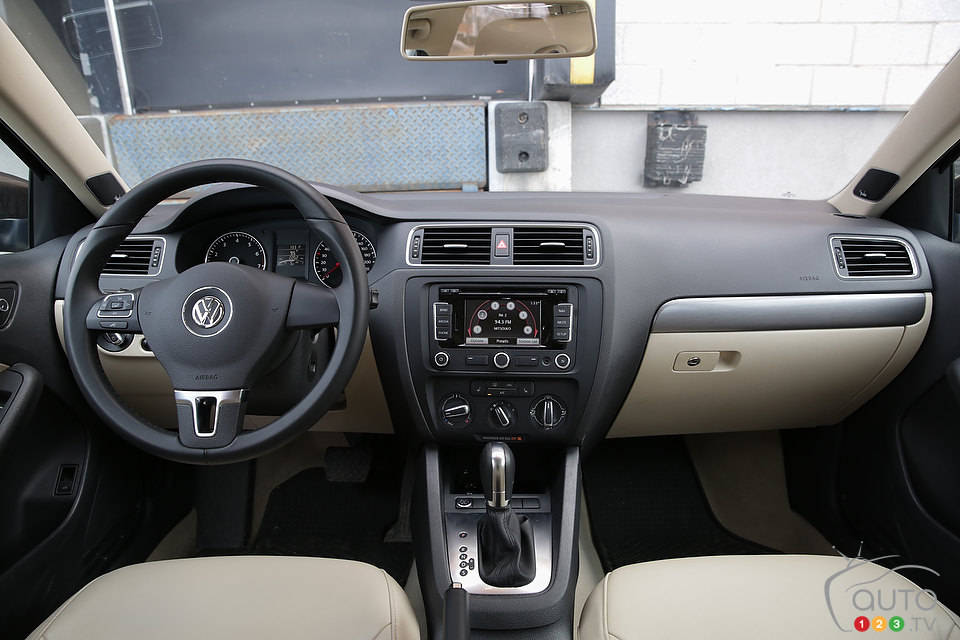 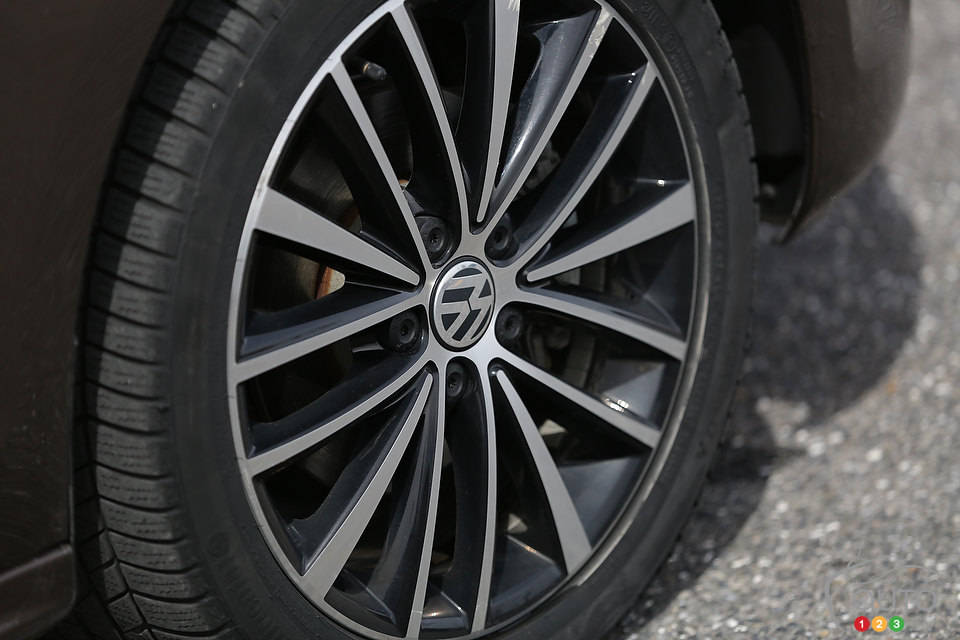 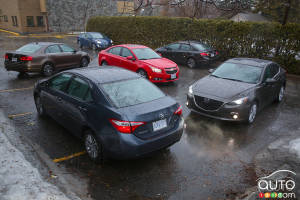 Bread-and-butter cars -- or gateway cars -- are the first steps into a brand. They are typically the bestselling nameplates for a given manufacturer, and thu...