Austin, TX -- The tires howled for grip as the cornering forces exceeded 1.2 Gs. Exiting Circuit of the America’s left-hand Turn 11, I pressed the gas pedal to the floor, and didn’t lift as I fanned the clutch and coaxed the gear shifter successively from second gear to fifth.

The speedometer registered 145 mph before I let off the gas and commanded the six-piston Brembos to slow the car for the 35-mph hairpin at the end of the straight. Shifting back down through the gears, the ECU perfectly matched the engine revs, providing seamless downshifts.

This is the company that made the Fleetwood?
This car I’m lapping with is visceral, nimble, and displays some serious speed around a racetrack. And it’s a Cadillac. The 2016 ATS-V joins a small line of high-performance Cadillacs, which started in 2004 with the CTS-V, and later included the XLR-V and STS-V. It is also the most track-oriented V to date.

The engine is a new 3.6L LF4 twin-turbo V6 that produces 464 horsepower and 445 lb-ft of torque. It differs from the LF3 in the CTS V-Sport, with internal modifications including titanium connecting rods, lighter turbo rotors, hollow exhaust valves, and short runners from the turbos to the throttle bodies designed to allow it to spin up more quickly. The engine propels the ATS-V from zero to 60 mph in just 3.9 seconds.

Stiffness is a virtue
Several rigidity-enhancing panels and braces were added beneath the car, strut braces are found under the hood, and suspension bushings are stiffer and in some cases replaced by more rigid ball joints, all of which contribute to a 30% increase in torsional rigidity. The adjustable magnetic-ride suspension was brought back to provide 40% more maximum damping force.

Despite these stiffness-enhancing modifications, the ATS-V is not disappointing on the street, exhibiting a quiet, very composed ride, which is firm but not choppy or harsh.

Get to the track part already
Stepping inside the 2016 ATS-V you’re greeted by a luxurious interior. The optional 16-way Recaro seats mimic racing seats in appearance, and once properly adjusted offer ample lateral support to keep you planted when cornering at high speeds.

Selecting Track mode (other modes include Tour, Sport, and Snow/Ice) firms up the suspension considerably, which combines with the taut chassis to allow precise, confident cornering, and effortless mid-corner corrections if needed. The electric power steering, although firm, has a slightly muted steering feel, and feedback is somewhat remote.

The ATS-V exhibited some understeer, but mostly when entering a slightly off-camber, third-gear right-hander. It was easily managed with the throttle, exemplifying the car’s well-balanced nature.

The engine has bountiful forward rush at full throttle, with a very broad, flat powerband that sinks you into the seat until the rev-limiter kicks in at about 7,000 rpm. Although the 2016 Cadillac ATS-V lacks the aurally delightful rumble of a V8, it nonetheless has a rich, sporty-sounding exhaust note.

Standard on the ATS-V is a GPS-enabled Performance Data Recorder that captures track data and high-definition on-board video, which you can later scrutinise either by viewing the video or by analysing data on a computer using third-party software.

The ATS-V’s brakes are truly impressive, slowing the car with seatbelt-stretching force, while exhibiting very little fade. The only other braking systems I’ve had experience with that offered comparable, fade-free braking on a racetrack were composite-rotor systems on Porsches and AMGs, which are options costing upwards of 10 grand.

No-lift shift
Lapping in a manual-shift car I discovered that the no-lift shift feature is my new favourite thing. It allows you to change gears by simply pushing on the clutch pedal and working the shifter, right foot planted solidly on the floor. There’s also a rev-matching feature on the upshifts.

It was no less engaging driving the automatic, though there was a slight delay shifting gears when operating the paddle shifters manually. I resorted to automatic mode anyhow, as shifting was quicker and more accurate than what I could muster with the tips of my fingers.

Priced right and track-ready
The 2016 Cadillac ATS-V coupe starts from $65,750 and the sedan from $68,055. The last car I drove that was this track-ready right off the showroom floor was the Mercedes-AMG C63 Black Series in 2012, and although it had about 50 more horsepower, much stiffer suspension and composite brakes, it also cost more than twice as much as the ATS-V.

The ATS-V surprised me with its racetrack capability, and not just because it is a Cadillac. It combines luxury, comfort and smart styling, with a level of performance and handling you’d expect in more expensive special-edition European cars (the M3 and C63 each start at $10,000 more, the RS5 almost $20,000 more).

You can drive the ATS-V from the showroom to the racetrack, and spend a day dicing with others without spending an extra penny. It’s unlikely the average ATS-V owner would take it to the track, but if they did, they should expect to see a few disgruntled Euro sports-coupe owners. 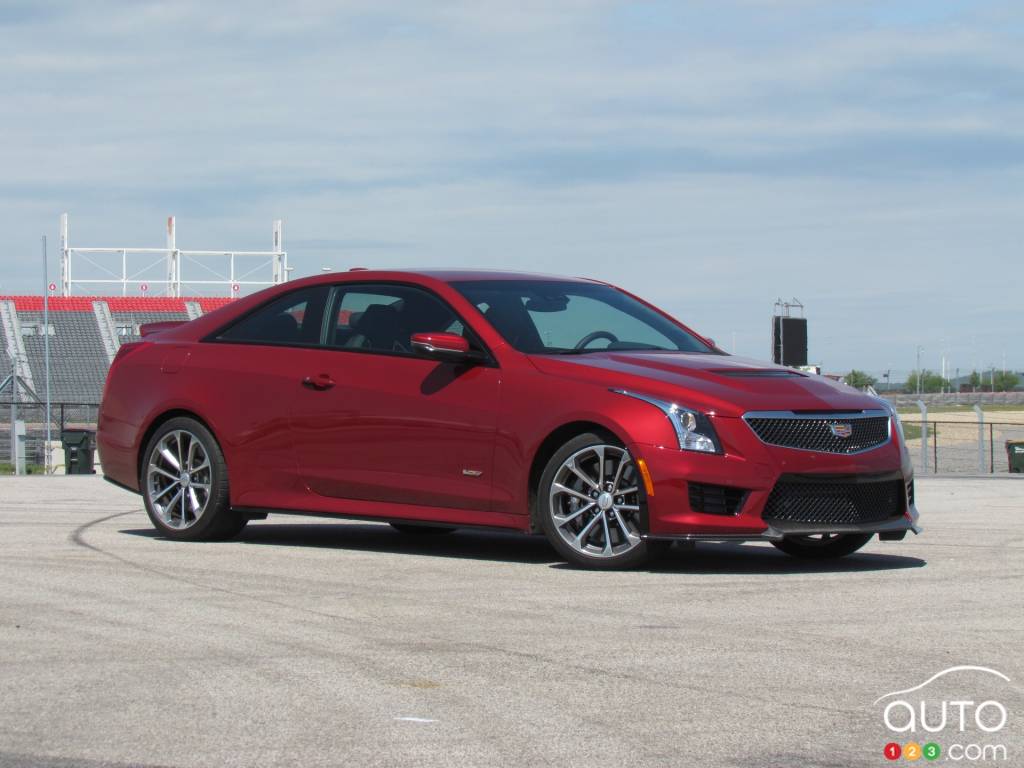 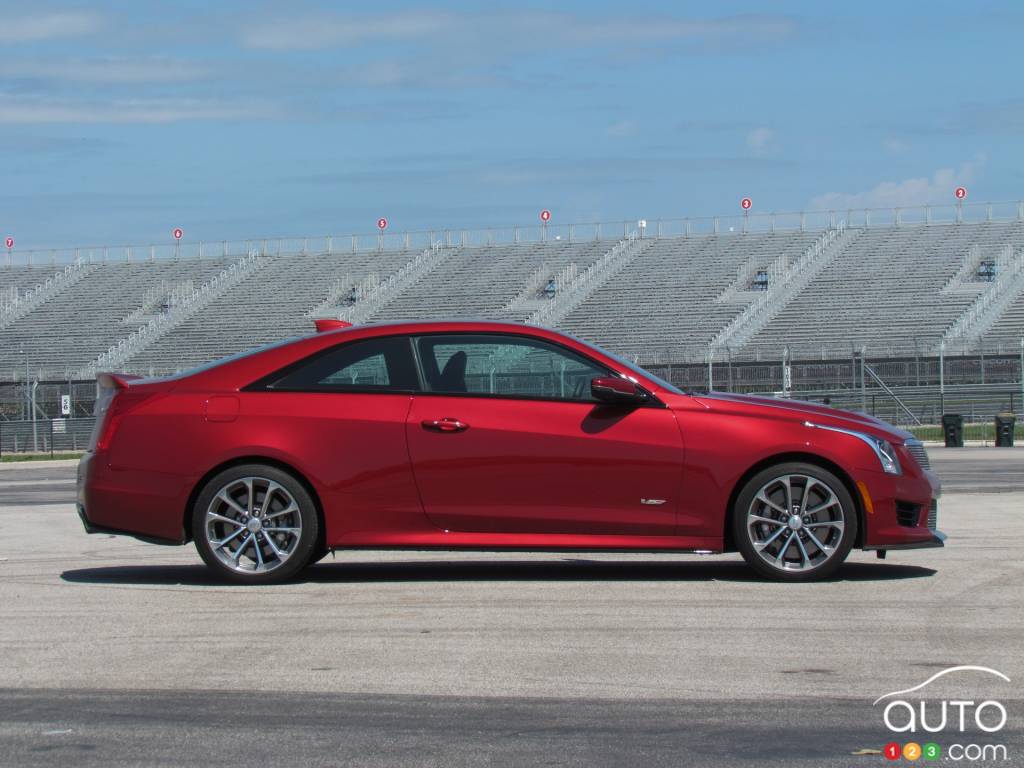 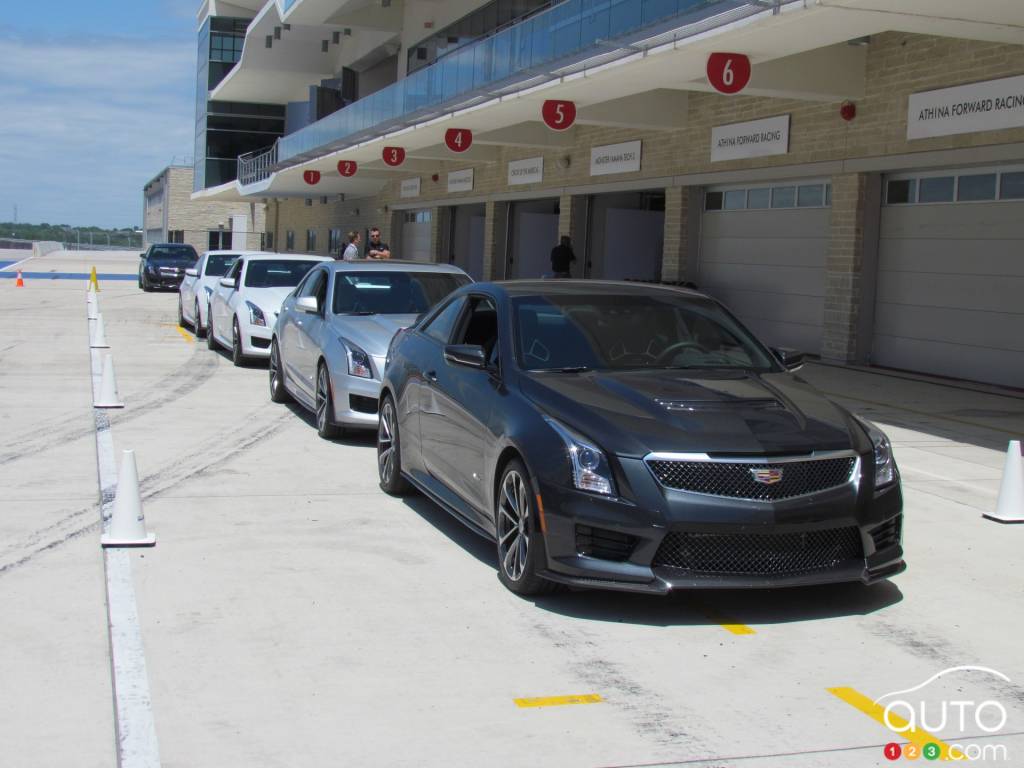 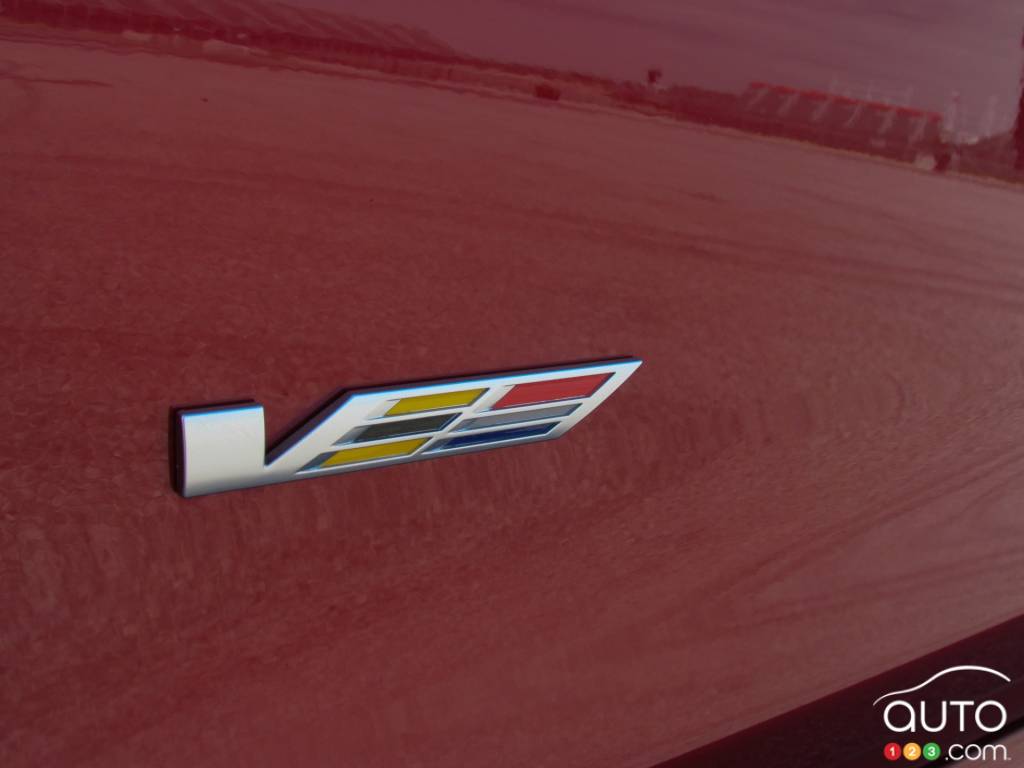 The 2021 Lexus RC 350 looks speedier and sportier than it actually drives, but on the other hand offers comfort and ride smoothness. There are signs of aging...