Malmo, Sweden ― First, let me explain where the new 718 nameplate stems from, because to understand this we need to take a short stroll back through history.

In 1957, Porsche produced a small roadster predominately designed for racing. This lightweight 2-seater called “718” was powered by a 4-cylinder boxer engine and, although meek in some respects, it set quite the name for itself by taking on the likes of Ferrari. Enjoying class wins at the 24 Hours of Le Mans, with later versions boasting victories at the 12 Hours of Sebring and Targa Florio, the Porsche 718 surprised many fans of the day.

Zip forward 60 years or so, and we hail the return of the 4-cylinder 718. With a nod to its famous forefather, I predict that the illustrious nameplate is bound to surprise again.

Both have received multiple visual enhancements such as the crisp new lines running up over the hood that help create a more sculptured appearance. The revised Cayman also boasts a wider, more muscular stance, while the now-familiar (optional) LED headlights with 4-point daytime running lights add to its stunning new looks. The car’s rear even sports the glorious new tridimensional Porsche badging.

Performance gets a boost
However, it’s what’s beneath the skin that makes these new 4-cylinder models so special. Similar to the 718 Boxster, the 2017 Porsche 718 Cayman gets an all-new, horizontally opposed 2.0L engine producing 300 horsepower, while the sportier S version of both uses a 2.5L H-4 offering 350 horsepower.

These turbocharged 4-cylinder engines are simply superb, and while some may snarl at the lack of the old 6-pot exhaust rumble, the added performance should more than make up for this. The 2.0L in the base 718 Cayman trumps the outgoing model by 25 horsepower, while the 718 Cayman S with VTG (Variable Turbine Geometry) does the same to its 6-cylinder predecessor. And if that wasn’t enough, the power in both engines now comes on at considerably lower revs.

Acceleration times have benefitted, obviously. The 2017 Porsche 718 Cayman with PDK gearbox and Sport Chrono Package rushes from 0-100 km/h in just 4.7 seconds (0.7 second faster than the outgoing model), while a similarly equipped 718 Cayman S completes the sprint in 4.2 seconds (a half-second improvement over last year’s unit). Their top speed is now rated at 275 km/h and 285 km/h, respectively. What’s not to like about that? Plus, fuel economy has improved at the same time.

So, yes, Porsche may have removed two pistons, but in doing so, it’s made everything so much better!

Better in every way
Naturally, in order to accommodate these new powerplants while maintaining the perfect balance Porsche cars are known for, engineers had to completely retune the chassis. Weight savings found in one area have been wisely utilised in others areas with certain components being beefed up to improve rigidity. Likewise, the pitch and roll characteristics have been improved by modifying the vehicle’s hydraulic vibration dampers, together with higher stabiliser and spring rates.

The rear wheels on the 2017 Porsche 718 Cayman are now 0.5” wider; combined with newly developed tires, this results in greater lateral force potential and better cornering stability. Braking capabilities have also been increased in line with these new performance figures. As such, the base 718 Cayman now features the braking system that was previously used in the Cayman S, while the 718 Cayman S uses the 4-piston callipers of the 911 Carrera combined with 6mm thicker brake discs (330mm front, 299mm rear).

This was also an excellent opportunity to revisit the steering, so the electromechanical system has been configured to be 10% more direct, improving not only the car’s agility on a track, but also its maneuverability in everyday use.

The new 718 models come with a 6-speed manual transmission as standard, although a 7-speed, dual-clutch PDK is available as an option. I’ll admit to enjoying a little arm-throwing myself, but the PDK is the way to go. It works with such efficiency that the manual box simply can’t compete. Not only that, but the PDK-equipped models actually achieve better fuel economy than those with sticks, so there’s no downside.

The optional Sport Chrono Package now includes an Individual program in addition to the three settings of Normal, Sport, and Sport Plus. From within the instrument cluster, drivers can now individually combine and save settings for the PASM active suspension, sport exhaust system, auto start/stop function, and active rear spoiler. The PDK also adds a Sport Response button that maximizes the fun of overtaking slower vehicles.

The drive
I drove both the 2017 Porsche 718 Cayman and 718 Cayman S on a series of tight, twisty country roads, experiencing both PDK and manual variants. I also enjoyed the distinct pleasure of putting these cars through their paces on Sweden’s Sturup Raceway. Every time, the vehicles performed impeccably.

The steering is as close to perfect as you’re likely to find nowadays, and the braking prowess simply inspires confidence when entering corners at speed. This is a vehicle that was made to drive quickly ― the harder you push it, the more it likes it. The 718 Cayman is a track demon of the highest caliber. That said, it is the overall package that makes the car what it is ― first-rate performance, superb handling, quality build, and perhaps best of all, the surprisingly low cost of entry considering what’s on offer.

Of course, now’s the time for me to address something that I briefly touched upon earlier, which is the sound of the turbo 4-banger compared to that of the outgoing 6-cylinder. Sure, it’s not quite the same deep burble. However, Porsche has somehow managed to maintain some of that familiar growl, while at the same time making it sound zippier and high-revving.

Probably the best way I can sum this up is… I have absolutely no idea how good the stereo system is in the 718 Cayman, but I’ve become a master at operating the exhaust flap button!

Bottom line
So, there you have it. Porsche, while playing the history card, has changed the rules on how we view downsizing. The new 718 Cayman will surprise many (it certainly had that effect on me), but it just goes to show what can be achieved with some smart thinking. 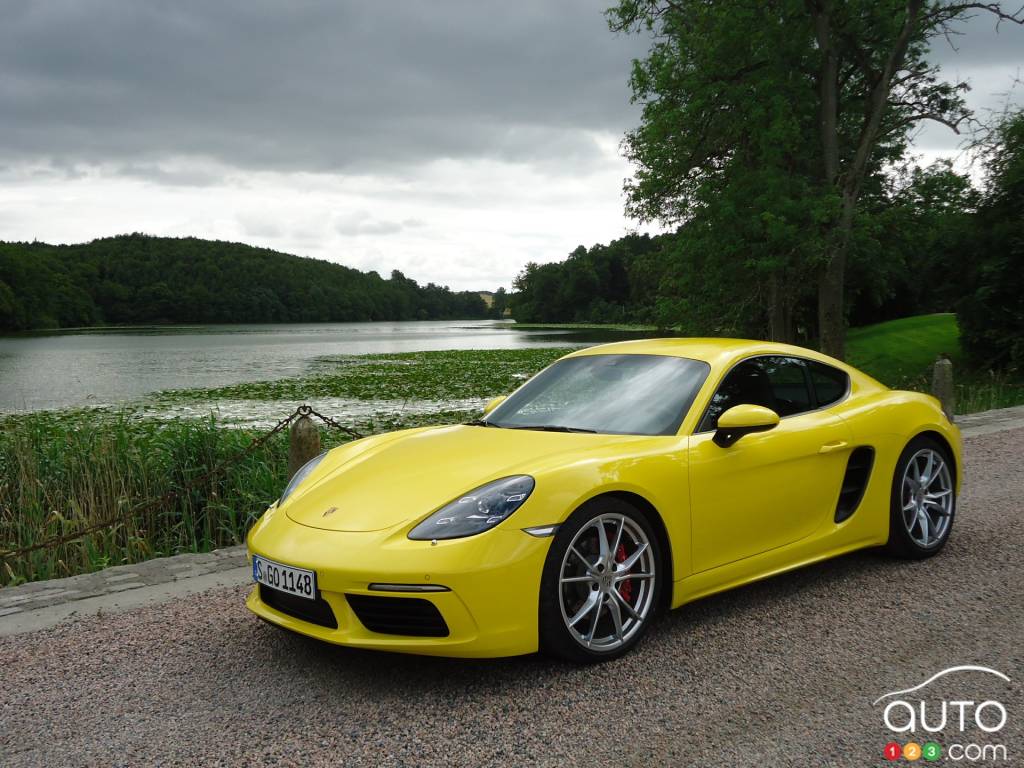 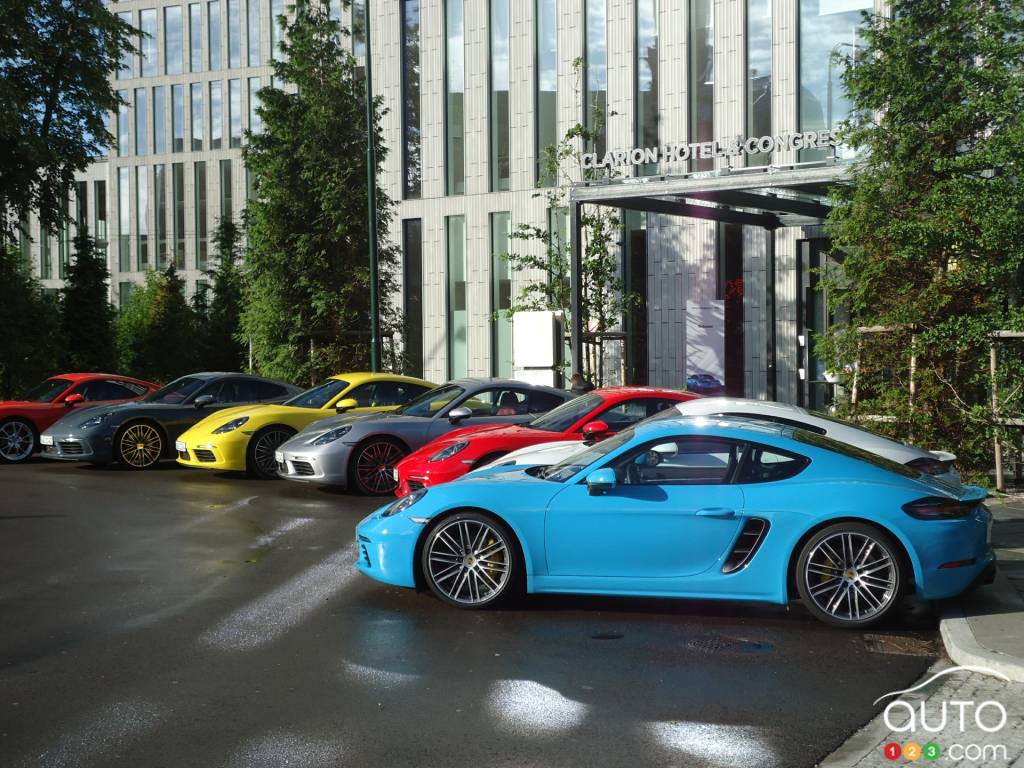 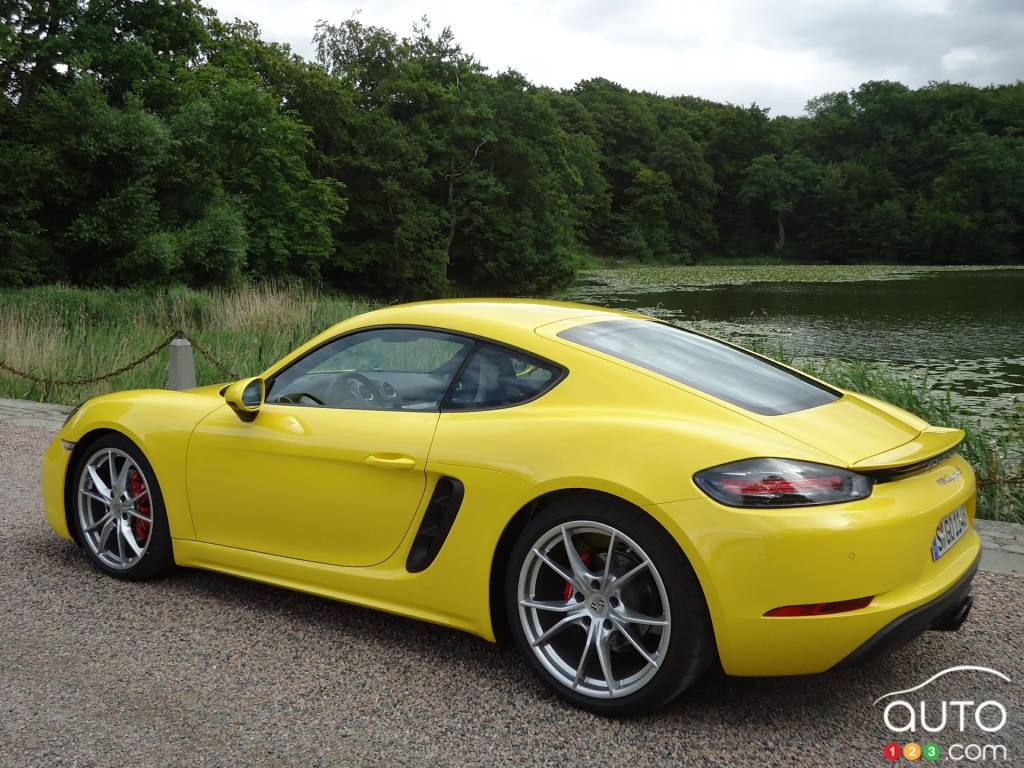 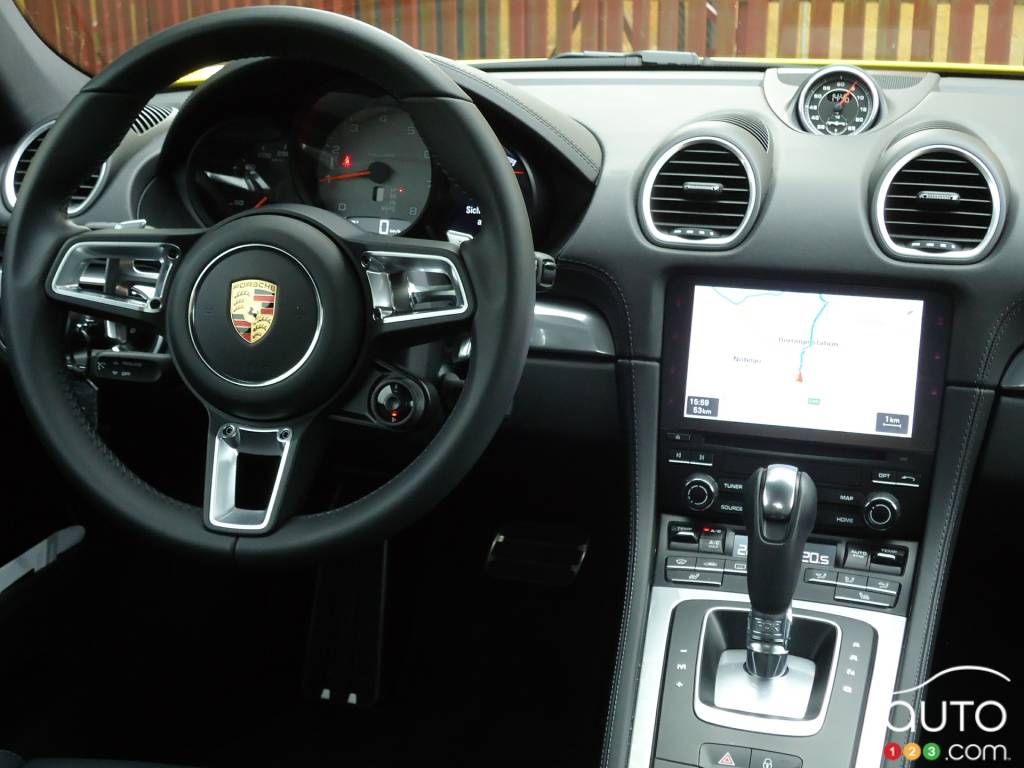 2017 Porsche 718 Cayman on sale in November across Canada

Don’t miss the arrival of the new 2017 Porsche 718 Cayman and 718 Cayman S at Canadian dealerships this November. You can even order one today!

FCA is recalling 13,569 Jeep Cherokees in Canada due to an issue with their transmission. The defect can lead to two problems; the vehicle could lose tractio...