They ‘get’ beer. They ‘get’ wine. Auto racing. Food (mostly). Electronic music. Other stuff.

They also ‘get’ station wagons. Almost every compact and midsize model you see in our fair land gets a wagon version over there: Golf R? Yup. Hyundai Sonata? Book it, though it’s called something different. Ford Focus ST? YYYYes.

So, needless to say, when a European manufacturer decides to bring a wagon to our market, they had better get it right, both to satisfy the “Euros know wagons stigma”, as well as to, you know, sell cars. So, without further ado, we turn to the Mercedes C-Class wagon, which, has returned to Canada for 2018 after a 13 – thirteen! – year hiatus.

Easy lift
Of course, one of the biggest issues any wagon has to contend with is the compact crossover SUV, hitherto the body style of choice for so many Canadians looking for a good mix of practicality and efficiency, and the proliferation of which has led directly to the demise of the wagon.

In the Mercedes world, the closest CUV to the C wagon is the GLC, and while there’s a little more room in the crossover than there is in the wagon, it’s not a huge difference and since the C wagon is a little lower, it makes loading it that much easier. I do wish the safety cover were a little easier to remove, however; it’s a mechanically-retracting unit and while it looks cool in its action, the motor makes it incredibly heavy and hard to remove. With the security cover installed, you do lose some packability as it cuts into the height of the cargo area. Remove that, however, and you’ve got a nice, long, flat surface on which to load your wares. I had no problem fitting two adult hockey bags plus sticks in the back.

As far as occupant room goes: front-seat passengers should have little trouble making themselves comfortable, but rear seaters will have to compromise a little in the legroom department. Headroom’s good, but needless to say we wouldn’t be surprised if most owners will reserve said rear seats for a child seat.

The driver’s seating position is spot on; it may be a little on the low side for some, but it was just right for my 6’3” frame. Plenty of leg- and headroom, and I can’t recall smacking any overly hard surfaces with errant elbows or knees during my test. Mercedes’ C-Class is remarkable in that, in this segment, I’d say it’s the one entrant that really does feel larger inside than it is. Thanks to smart packaging, control placement (except for the steering wheel heater/adjuster, nestled in a very tough-to-reach spot behind the cruise control stalk) and seat construction (they’re a little deeper than you’d expect, making for more headroom), this is a compact vehicle that even not-so-compact people can enjoy.

Tech inspection
Those same people – along with any others who are considering one of these – will also be looking for a strong tech offering. Of course, in-car tech is becoming more and more of a selling point these days for any car, but that expectation gets turned up a notch at the luxury level.

While the C300 comes standard with a centralized infotainment screen, power tilt and telescope steering wheel and heated seats, you do need to add an option package (or two) if you want extras like heated steering wheel, power tailgate or navigation. Luckily, all that save the heated wheel comes as part of the $5,000 Premium Package, which also adds keyless-go, panoramic sunroof and LED lights. The heated wheel on our tester, meanwhile, is a $250 option that works well and is worth the cost outlay. We also had the $2,300 Premium Plus package which adds nifty stuff like active park assist, foot-activated rear tailgate (making the C300 wagon even easier to load), 360-degree camera and a few other bells and whistles. While I’d say the Premium Package is a must and will likely be ordered by most C300 Wagon buyers, the Premium Plus is a bit extraneous in my opinion, and if skipped, will bring the MSRP closer to 50 grand; even closer still if you skip the $875 satellite radio option we had.

Now, while the tech on offer is robust, I have a little more trouble with the way it’s all accessed. The central controller is made up of both a scroll wheel and touchpad and while you think this would make it way more intuitive, the way the menus are laid out in Mercedes Benz models has frustrated me for years and continues to do so here. It just seems to me that there are too many redundancies surrounding where you have to click and how often, an issue made even clearer by the fact you have two controllers that kind of do the same thing. Just changing the AM radio band took me five minutes as there are no redundant seek buttons, and no “seek” or “tune” buttons on-screen. I eventually found something but, going back to it again, I couldn’t remember what I’d done and had to go through it all over again. Annoying.

Luckily, once you do get all that sorted out, the audio is crisp and clear, even though we didn’t have the $1,000 Burmester audio system on our car. Too bad; the speakers this comes equipped with are as glorious to look at as they are to listen to, and do well to jive with the rest of the aluminum trim found throughout the cabin.

Where it all comes together
Of course, when driving you’re supposed to be focusing on the road ahead and not the door tweeter’s build quality, right? Of course you are. Especially in a wagon, lest you miss the other aspect of ownership that wagons do so well: the drive. In this light, the C300 doesn’t disappoint.

A single engine is available in Canada: a turbo 2.0L inline-4, good for 241 hp and 273 lb-ft of torque, the latter reaching its peak at a lowly, lowly and almost idle-level 1,300 RPM. That means that in conjunction with the fast-shifting 9-speed automatic and standard 4Matic AWD, not only will you be up and running in no time, but the powerband is such that you always have power on tap, making high-speed passes that much easier, and you’ll feel more stable while doing so.

I’m also a big fan of the fact that selectable drive modes come as standard; you get to choose from five: Eco, Comfort, Sport, Sport+ and Individual, the latter allowing you to mix n’ match your transmission and chassis settings to your preferred choice.

I spent most of my time in Sport mode, actually, reserving Eco for real stop-n-go stuff around town. I felt that the Sport mode is just so in keeping with the general sporty attitude of the car, which is not something I’ve always been able to say about the C-Class, especially when put up against its contemporaries such as the BMW 3 Series and Audi A4. It seems Mercedes has taken that to heart, and tweaked the C300 wagon to deliver enough performance to separate it from the GLC without resorting to all-hands-on-deck stunts like extra loud exhaust or teeth-rattling damper settings.

Instead, what you get is a car whose practical elements make themselves apparent right off the bat (kind of hard to disguise that, what with it looking like, you know, a WAGON), but with its fair share of performance adds – responsive throttle, alert steering, surprisingly feelsome brakes – that slowly reveal themselves the more you drive.

Keep an open mind
So you’re driving through your favorite bendy stretch of highway, enjoying all of that and you look over you shoulder and remind yourself once again that even though you’re having all this fun, you’ve got room back there for all sorts of stuff and a great view out. You wonder to yourself “how did they keep this out of the lineup for 13 years?”, and realize how the station wagon – especially a proper, euro-tuned version like this – is 100% a viable alternative to those pesky crossovers that continue to multiply like rabbits.

Just need to drive one, is all. 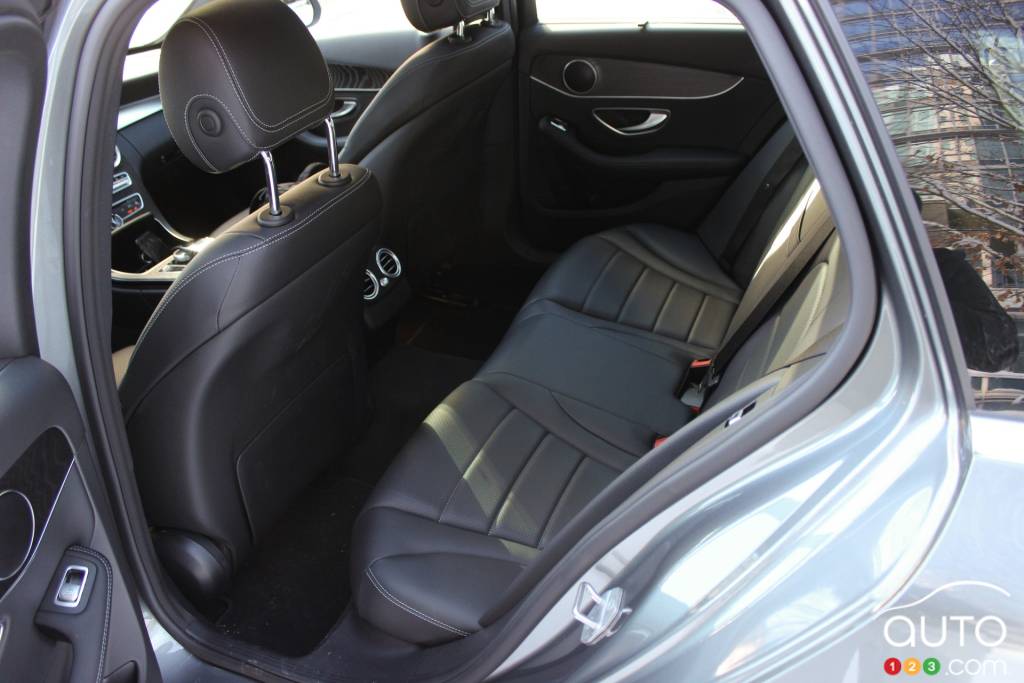 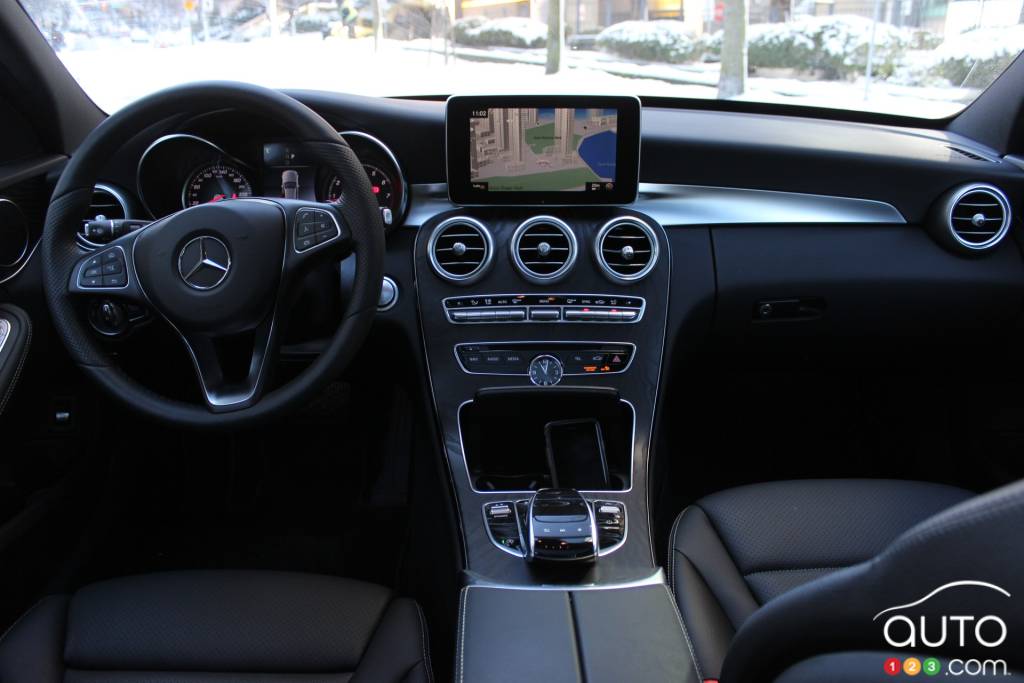 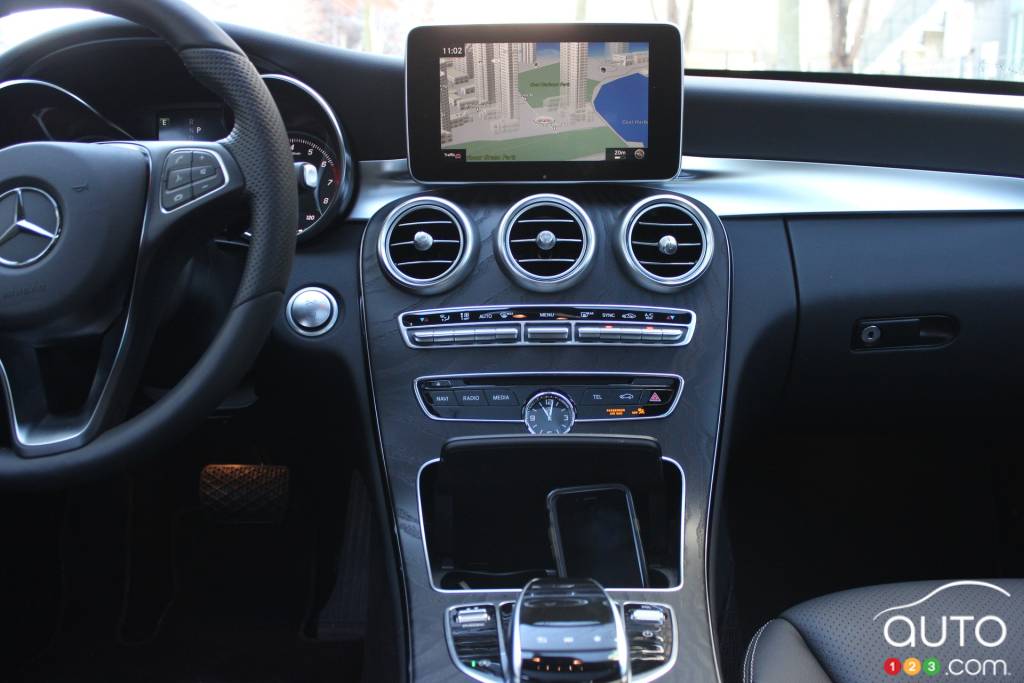 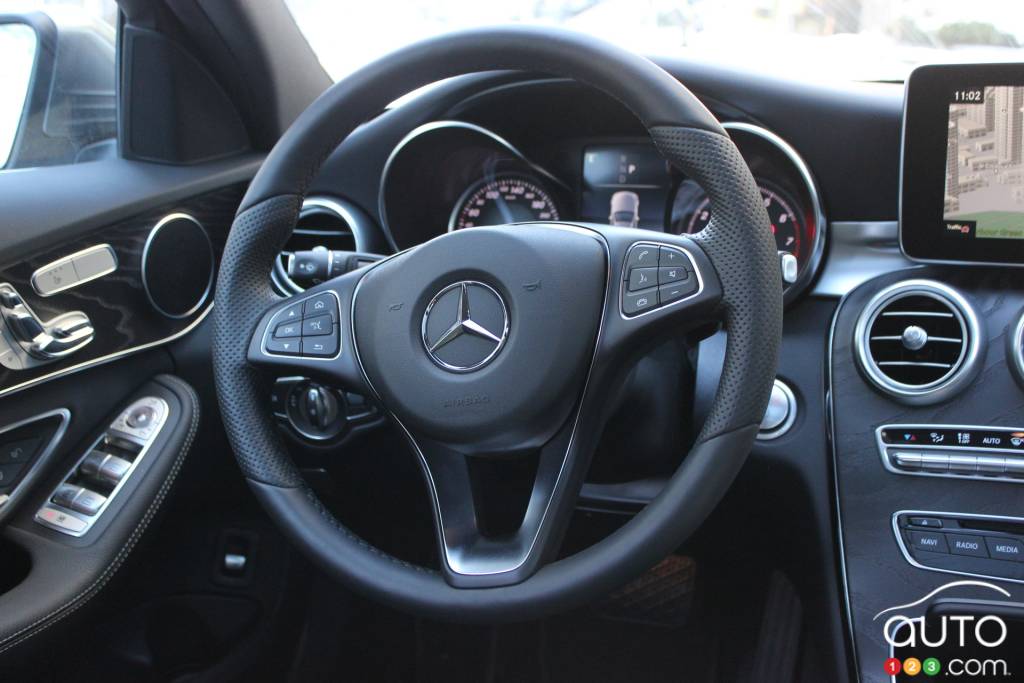 We review the 2018 Porsche Panamera Turbo Sport Turismo, one of the best super-wagons available on the market, a “shooting-brake” par excellence!

Here’s what the next Mercedes-Benz GLE will look like

This October at the Paris auto show, Mercedes-Benz will lift the veil on the next generation of its GLE SUV, one of the star players on the brand’s roster. I...