Way back in 1993, Honda launched the Civic Coupe, blessed with a sleeker body that joined but stood apart from an existing lineup of sedans and hatchbacks that were already popular in Canada, but particularly so in Quebec, where smaller cars long ruled. To this day, the design of that generation is still considered one of the best in the model's history.

Sadly, more than 25 years after its arrival on the North American market, the Civic Coupe is coming to an end due to the model's mediocre sales performance, and this despite the fact that since the cancellation of the Kia Forte Koup it’s the last front-wheel-drive coupe still out there. For 2021, Honda will offer only the sedan and five-door versions of the mighty Civic, of which the manufacturer is already preparing the eleventh generation by the way. But before letting it go for good, it was our duty to kick the tires one last time on the two-door Civic.

And why not do it style? My farewell tour in the Civic Coupé was in the Si trim - the most expensive in the lineup, but also the liveliest. Now, the Si will obviously continue with the next Civic, but for this Japanese two-door, this is where the road ends. If you want one, you’ll thus have to act fast to get your hands on the only coupe of its kind still in service for the 2020 model year.

The final tweaks
Last year at this time, Honda announced a series of cosmetic and technical changes for the 2020 model year. At the front, for example, the front bumper was given new body-coloured fenders mounted in the false openings in the lower portion of the nose. This time around, the rims in the Si trim are also new for the final year of the coupe. The black stripe that serves as the grille is apparently changed for 2020 as well, while the LED headlights are part of the car's basic equipment. Note that the fog lights are also LED.

For the rest, the current Si coupe hasn't changed much since its arrival in 2017. Our tester was clothed in the optional Platinum White Pearl paint finish, worth an extra $300 of the buyer’s money compared to the three other available colours.

Things have changed even less inside, where the modifications are limited to the red trim added to the first-row seats, colour that is also found on the dashboard, above the climate control ventilation nozzles around the driver. Compared to the first Civic Si coupe that I tested a few years ago, the presence of a button for the audio system volume is certainly the biggest improvement made to the interior of the coupe, although the integration of an induction charging pad in front of the shifter is welcome as well - especially since a Honda Civic coupe is theoretically aimed at a slightly younger clientele! Smartphone charging is thus the order of the day here. Given the car's sporty character, it would be nice to see a more-solid system to hold the intelligent device in place while one is bouncing along on our famously cratered roads.

The experience of a coupe
In 2020, the vast majority of cars on the market actually have a coupe – or coupish, anyways - silhouette. Even the Civic sedan looks like a coupe. Now that’s fine for looks but it’s also a trend that unfortunately affects rearward visibility. Add the spoiler bolted to the end of the trunk of the Si model and the rear view is suddenly minimal. Rest assured, you can still see behind the car through the rearview mirror, but your view is certainly less “expansive” than in your average minivan, for example.

What's more, you don't just get into the Civic Coupe, you descend into it. It's not as low as a Mazda MX-5, for example, but still, this is nothing like the easy access you get with any of the myriad utility vehicles now on the market.

What matters is what happens behind the wheel!
You can criticize the design, the impracticality of the coupe format and even the choice of mechanics, but it's hard to fault the Civic Si for what it delivers on the road. Like a Volkswagen Golf GTI, a Honda Civic Si is required to be comfortable, economical at the pump and, above all, sporty when the driver wants to have a little fun.

I've expressed my thoughts on the 1.5L 4-cylinder turbo engine in the past. In a nutshell, I preferred the old 2.4L naturally aspirated block, which was more in line with the previous generations of the model, more inclined to climb progressively in the upper reaches of the engine speed range, unlike the turbo engine that has to deal with a small delay. Admittedly, the powertrain is superior to the old one, but it lacks that patented Si spark. Sadly, the rumble heard at high engine speeds in the past has been replaced by this much less convincing sound.

Fortunately, the manual transmission is still as charming to handle; the gear shifter is probably the easiest to use among affordable car models, on a par with the Toyota 86/Subaru BRZ tandem, the Mazda MX-5 and Volkswagen's GTI.

Honda also makes it possible to change the character of the car via the Sport button found on the centre console, which firms up the suspension and steering and gives a little more pep to the mechanics during accelerations. To be sure, even with its larger front brakes the Si is not quite ready for track use, but it's far more dynamic than the Civic.

The last word
I can't really argue with Honda's decision to kill the coupe. Retirement of the two-door had become necessary if only because of the low percentage of Civic sales it was accounting for. That would be 3 percent, and clearly the coupe had become a liability. Presumably, the next generation of the Civic Si will be marketed as a sedan, and maybe as a hatchback - I say maybe - to support the Type R, which will surely be back a few months after the arrival of that new Civic, scheduled for spring 2021.

Next to the spicier Civic Type R, the Si coupe is clearly not a beast, but it does represent a superb alternative that can be used twelve months a year. Both models can in fact withstand the rigours of our Canadian winter. That said, given its potential future status as a collector’s car, you may well choose not to dunk your Civic Coupe in the soup that is our wintertime mix of snow, slush, ice, water, sand and road salt!

And now all that remains is for me to say farewell and so long to the Honda Civic Coupe; in a few months, the least-practical Civic on the market will be nothing more than a memory, a souvenir of a time when compact-size coupes could counted on the fingers of one hand. 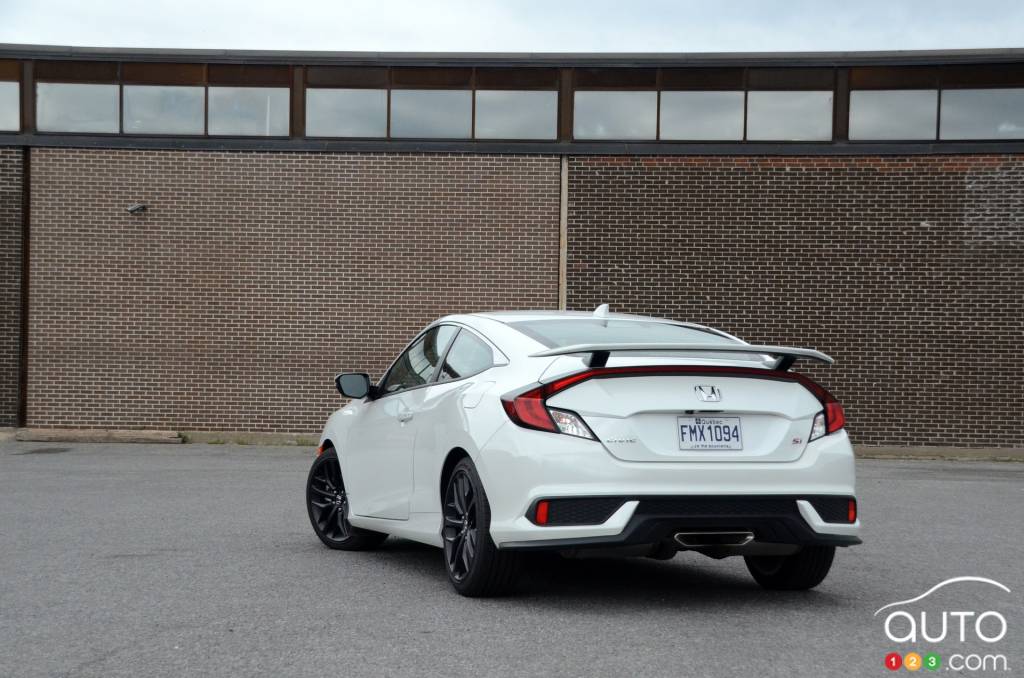 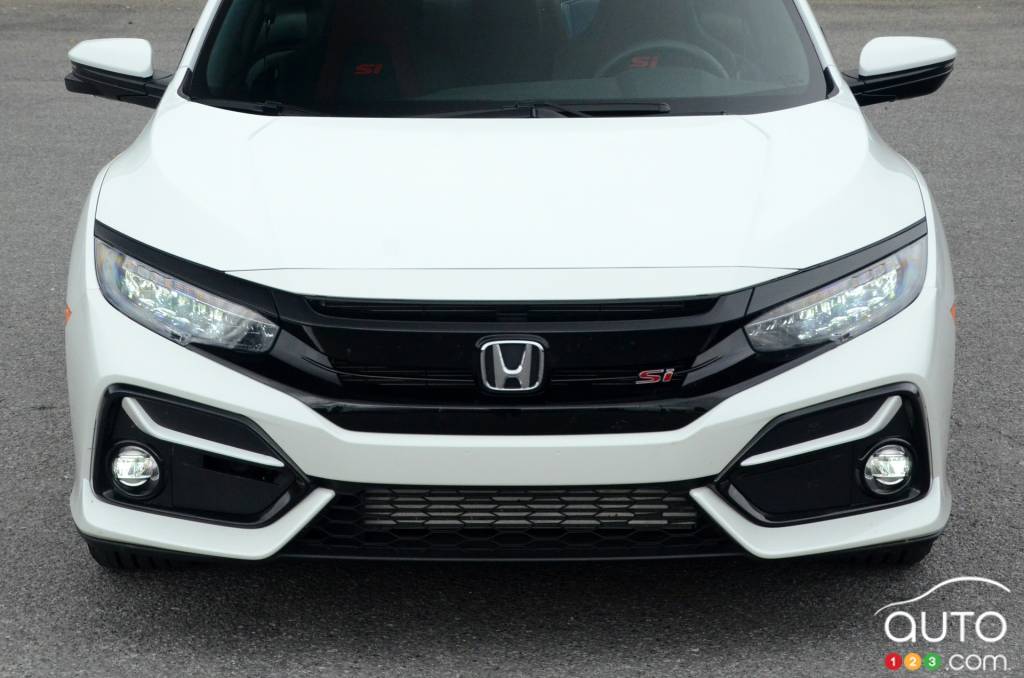 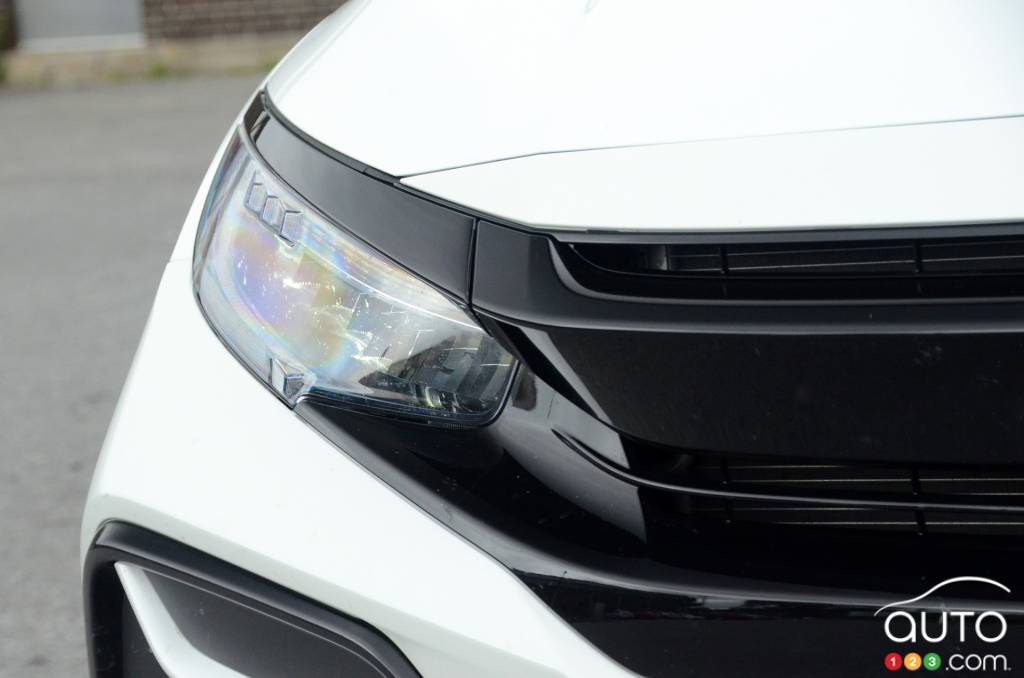 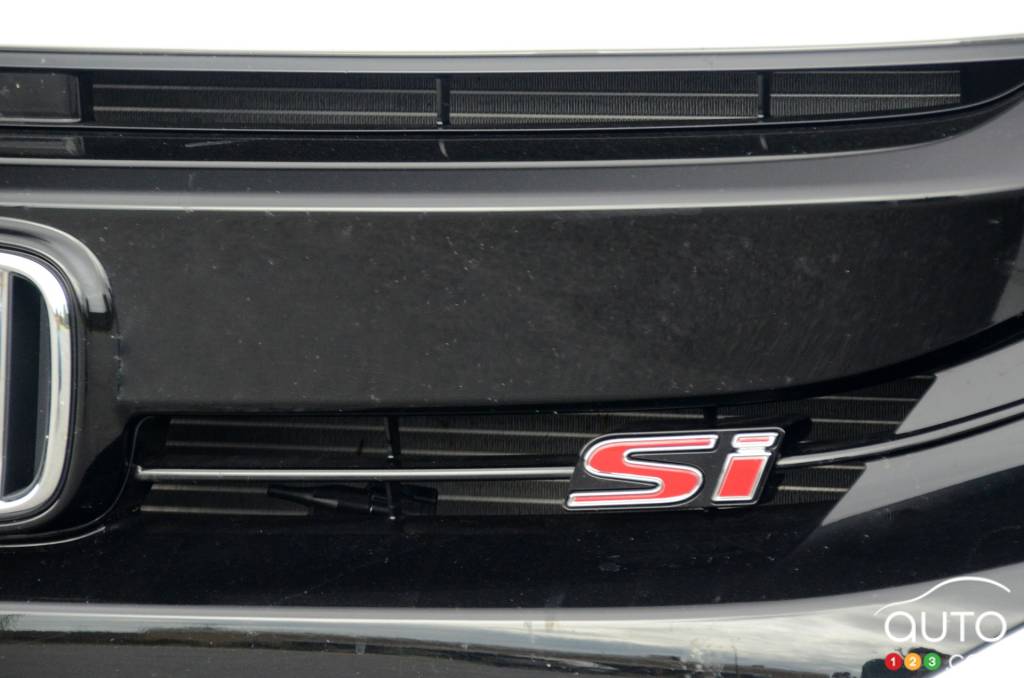 On paper, the new Si looks diminished, seeing as how it costs more and offers less power. But those are numbers and numbers don’t always tell the whole story...

Honda is issuing a recall of certain recent-model Pilot and Passport SUVs and Ridgeline pickups over a potentially faulty hood latch that could fail and caus...

The Next Honda Civic Si, More Powerful than Advertised?

The new 2022 Honda Civic Si is said – by its maker no less - to be less powerful than its predecessor, but a dyno test seems to show otherwise. The folks beh...