Vernon, BC — The Subaru Legacy turns 30 this year. Did you know that? Probably not, and that’s because this car has always enjoyed a public profile on a par with the Florida Panthers’ fourth-line right winger.

Which is a shame for a car that has continually been improved upon over the years, for a sedan that, for three decades, has toiled in the shadows of a host of competitors and even its own stablemate, the Subaru Outback.

Since the beginning of this year, the Legacy has once more been lagging behind others in its segment. Toyota sells ten times more Camrys than the Legacy, Honda eight times more Accords, Ford six times more Fusions. You get the picture.

It would be understandable if Subaru’s sedan wasn’t actually competitive. But it is, and now the automaker is giving the next generation of the model a full revision for 2020.

The time is now, in other words, for the Legacy to step out of the shadows and into the light. Remains to be seen what consumers say about it. 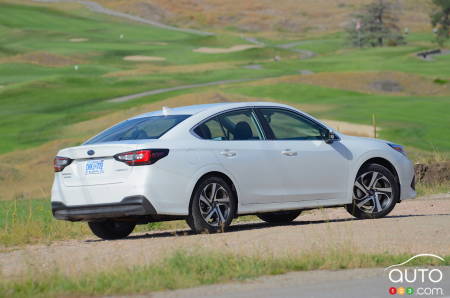 Anonymous style
Subaru is vexingly conservative when it comes to styling. The new Legacy isn’t ugly, but it looks like a car designed by stylists afraid to take any risks.

In the towns we rode through on this day in British Columbia, no one noticed our ride. The design of the new Legacy is just too anonymous to expect otherwise. And when you’re sitting at the bottom of your category, it seems to me bold measures are called for. It could be a controversial new grille, a profile that makes heads turn, crazy colours... but there’s none of that. It’s as if the design department at Subaru was suffering from artistic constipation.

And what about its close sibling, the Outback? As it happens we’ll be at the launch event for the 2020 edition in a couple of weeks, but the big differentiator between it and the Legacy is that the model is virtually unique in its configuration, which has greatly helped it succeed despite its relatively nondescript looks. The same factors aren’t in play to help the Legacy. 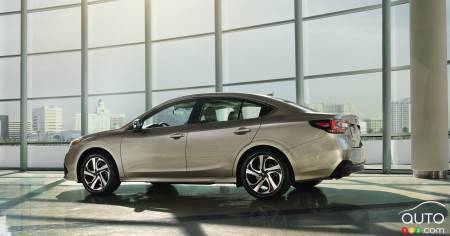 Aboard: the right dosage
Fortunately, the inside is a much more promising affair. Each generation of the model has seen Subaru substantially improve the interior, and while the presentation is fairly traditional, it’s all in good taste. Congrats are in order for the integration of the multimedia screen into the central console. The dominant element on the console, the tablet-type screen is split into two sections, each providing distinct information. Nav is up top, radio info down low. In the base model, the screen is 7 inches instead of 11.6 inches, but the screen is still divided. In both cases, there are physical buttons for essentials like audio volume, temperature setting, etc.

The seats are very comfortable so long road trips should be pleasant enough on the body. On higher trims the front seats are also extendable. In back it’s a feast in terms of space. Even the trunk offers more space than ever. The centimetres gained back there allow for placing a large suitcase, which is great news except if it belongs to the mother-in-law comes to visit for an extended stay…

No but seriously folks, the more time you spend in the Legacy, the more you enjoy its interior environment. 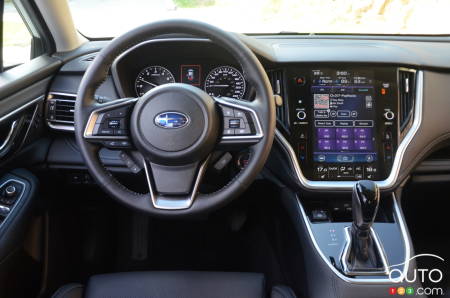 The standard stuff, by trim
The base-model Legacy comes with a generous helping of equipment compared to many of its rivals. This includes heated front seats, Apple CarPlay and Android Auto compatibility, LED headlights, automatic climate control, stop-start technology, the EyeSight suite of safety functions and of course the manufacturer’s symmetrical all-wheel-drive system, still a reference in the industry.

Just for this last asset, the Legacy should really be selling 10 times more than it does, at the least.

Climbing up the trim levels gets you more goodies each step of the way. After that Convenience base model comes the Touring version, which adds push-button start, power sunroof, auto-dimming rearview mirrors, and dual-zone climate control. The Limited trim comes with larger 18-inch alloy wheels and leather for the seating and the steering wheel. At the top of the food chain is the Premier, with which you get features like ventilated front seats, Nappa leather and a driver-alertness monitoring function. 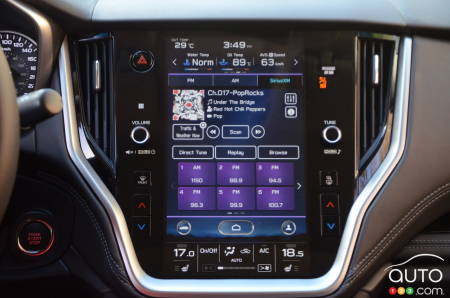 Plus, you get, in this most uppity edition, a compact-disc player! That’s right, that thingy not offered on most new cars. So if you have a big CD collection and are royally frustrated because you can’t take any of them on the road with you, put the 2020 Legacy Premier at the top of your shopping list!

The mechanics and the dynamics
All Legacy versions come standard with the well-known 2.5L 4-cylinder Boxer engine. Output is 182 hp and torque is 176 lb-ft – largely sufficient a) for the model and b) for the typical Legacy owner.

If you’re not typical, the Limited and Premier versions can be had with a 2.5L 4-cylinder turbo making 260 hp and 277 lb-ft of torque. This should be enough to make people forget about the 6-cylinder that was an option until this generation.

Each of the engines is mated to a continuously variable transmission (CVT). 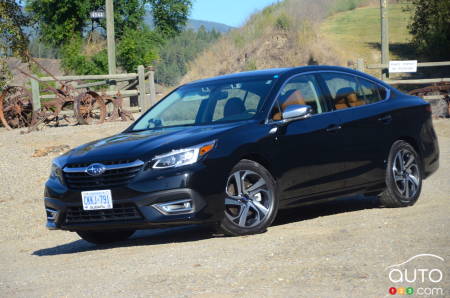 This CVT, when combined with the naturally aspirated base engine, is fairly whiny and whingy, but only when you put pedal to the floor. Which, let’s face it, the typical Legacy driver is not apt to do regularly. Those who do will probably be more than happy to splurge the extra $2,800 to get the turbocharged unit. With that engine, the CVT has no time to start complaining and the simulation of the gears is effective. Delivery of power is also, in this case, linear and immediate, with gusts up to impressive.

Clearly, drivers will have more fun at the wheel of versions equipped with the turbo; but life is just fine day-in-day-out with the base engine as well. It’s a question of priorities.

As for the drive overall, the keywords are comfort and quietude. Subaru’s new global platform delivers improved rigidity, to the point where you might push the limits of the tires, and maybe of your own, long before the chassis gets pushed to its own limit. 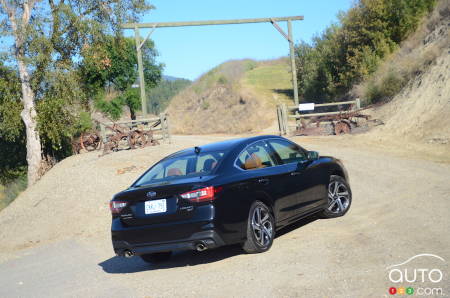 Conclusion
The Legacy has so many positive qualities that its mediocre sales performance amounts to an incomprehensible mystery. It might not be better than a Camry, but it’s every bit its equal. By rights it should own a much bigger share of its segment’s sales.

Subaru’s mission is thus to give its Legacy a much higher profile. Those who already like the brand instinctively trend towards the Outback (six times more since the beginning of this year, in fact). The company has to figure out a way to push the Legacy to the front of the stage instead of off in the background, nearly behind the curtain.

The marketing campaign devised by Subaru for the model refers to the Legacy as the SUV of sedans. Which says a lot of the position it wants the car to occupy on the market. 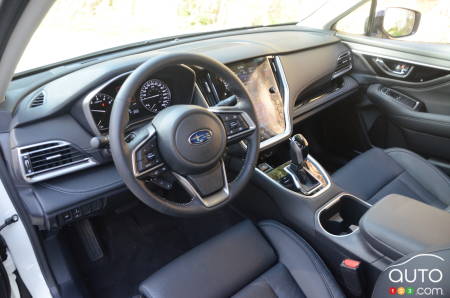 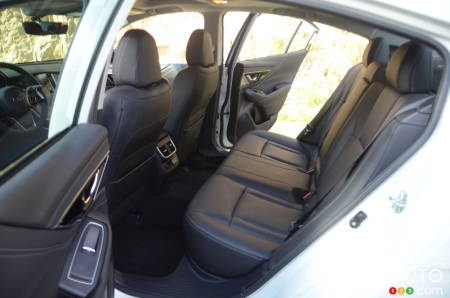 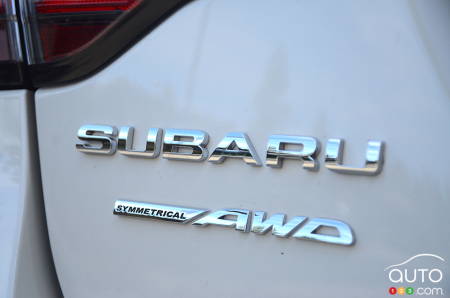 2020 Subaru Legacy GT Premier Review: The Return of the T...

Auto123 tests out the 2020 Subaru Legacy GT Premier during a week both icy and snowy - an ideal playground for testing the latest generation of the trusty AW...