BMW's new 4 Series coupe has been a subject of much talk in the trade over the past few months, mainly because of the huge grille between the two headlamps. Although that honking component is tilted forward - a nice nod to the brand's glorious past - BMW's new dual grille is far from universally loved, so much so in fact that a handful of tuners are already working on developing more-sobre replacement options!

But, notwithstanding the mini-scandal regarding this bit of rhinoplasty gone wrong (in the view of some, anyways), the 2021 BMW M440i xDrive is part of a club - that of sport coupes - that is losing membership, this while the industry puts most of its current energy into SUV segments and electric mobility.

Truth is, sports cars are dying a slow death. Some models are being abandoned, others are even being transformed into performance SUVs - I'm thinking of you Ford Mustang Mach-E - and of course, the automization of many of a vehicle's innards and workings continues apace. As if that wasn’t enough, soon driverless cars controlled by an intelligent device and able to transport occupants wherever they want to go will be a thing.

In this context, the new 2021 BMW M440i xDrive is an "old" car, or more specifically an outdated concept. This car encourages its owner to fall in love with its curves, to wash it as often as possible, to listen to the hum of the inline-6 engine, to savour the curves of winding roads on weekend, and so on.

But, outdated though it may be, this idea fosters a relationship between the enthusiast and their car; it’s a type of union destined to disappear as we move towards a world where the automobile is no longer an object of desire, but rather a tool to transport humans from point A to point B. While waiting for the inevitable, this "old" BMW continues to exist for those who still take even the slightest interest in pure driving, the kind that plants a smile on the driver’s face.

First, the design
Before giving you my driving impressions, a word regarding the prickly question of the 440i’s design. Yes I know, a car's appearance is a purely subjective issue, but I’ll use my platform to add my two cents’ worth regarding this design, which startled more than a few observers when it first appeared in the fall of 2020.

The new front grille leaves few indifferent - and I myself have some reservations about the shape of the dual-kidney design – but the fact is that, in the flesh, the 4 Series’ grille is less pronounced than it looks in the manufacturer's official images. And viewed from the side, the forward tilt of the car’s nose actually adds a touch of class to the overall silhouette. Other style elements of the M440i hew more closely to the previous 4 Series and even the 3 Series coupe before it.

A grille has no impact on performance
While a car’s design is very much part of the overall experience of owning it, in the end, what's most important for driving enthusiasts is the driving experience. And frankly, when you’re behind the wheel of the 2021 M440i xDrive and in motion, you quickly forget all about that big grille sitting between the two headlights at the front of it.

Even before you set off, you’re courted by the carefully crafted interior with heated leather seats, leather-wrapped - and heated - steering wheel, leatherette-covered dashboard and a judicious mix of materials, brushed aluminum, beautifully crafted plastics and even an infotainment system that's getting easier and easier to handle as time goes by.

The driving position is excellent and can be made just right with just a few adjustments to the driver's seat. As for the steering wheel, it might be a bit big to hold for smaller hands, but for others, it's a real charm to handle, as are the paddle shifters attached to the steering wheel and the gearshift lever.

The seats are snug enough to keep you in place when cornering at high speeds, and they're soft enough for extended road trips. The power-assisted steering that weighs down at high speeds may not be the most surgically precise in the industry, but it's not that far from perfect either.

As for the turbocharged 6-cylinder inline engine with a 3.0L displacement, it is at the heart of the sensations you'll feel on getting aggressive with the right pedal. By the way, did you know that a lightweight 48-volt hybrid system supports the powertrain, not only during strong accelerations, but also to recover energy?

On the road
When the turbocharger kicks in – which it does almost instantaneously, by the way - the gears are shifted in a rather jerky manner in Sport mode, in which the mechanical components are set at their most dynamic, and believe me, it doesn't take long to reach a speed well beyond legal limits. Yet despite the symphony of six cylinders in a row singing under the long hood, the M440i xDrive doesn't flinch at all.

Accelerations are spectacular, but the chassis is as stiff as all get-out, which helps you feel in complete control. The all-wheel drive xDrive system also has its say, especially when someone like me gets the bright notion of pushing the car to its limits on a twisty, slippery, slush-covered road. I never felt any hesitation on its part. The efficiency of the auto transmission is such that you almost forget that BMW produces some of the best manual transmissions in the industry. Finally, the brakes bite seriously, just like in the M340i xDrive I tested some months back.

The last word
No matter how hard I look for them, I can't find really find flaws in the M440i. It's true that a manual transmission would be magical with this engine, but the automatic transmission is more efficient and doesn't deaden the performance of the coupe. The costs of the options are staggering - there's almost $15,000 in options on the car as tested, over and beyond the model’s $64,450 starting price. That put the price tag on my tester at $78,495, a very tidy sum that, not so long ago, would have put you back behind the wheel of a BMW M3... of a previous generation!

To this point, I'm also wondering if it's really necessary to aim for the top-performing model. The 2021 BMW M440i xDrive is no turtle in its base configuration, its agility is proven and the level of comfort is one of its main qualities. Above all, though, it's the driving pleasure that this 2+2 coupe delivers to the person behind the wheel that’s important, and that’s available in every version of the model.

Great as it is, this behemoth makes me sad. Why? Because it belongs to a declining car segment of cars. It’s a model associated with a time when the slogan "The Ultimate Driving Machine" made sense. Of course, the M440i xDrive looks like a NASA computer next to a 3 Series coupe from the 2000s, but there is still that stubborn determination to make the driver happy. Fortunately.

No manual gearbox!
The cost of the options 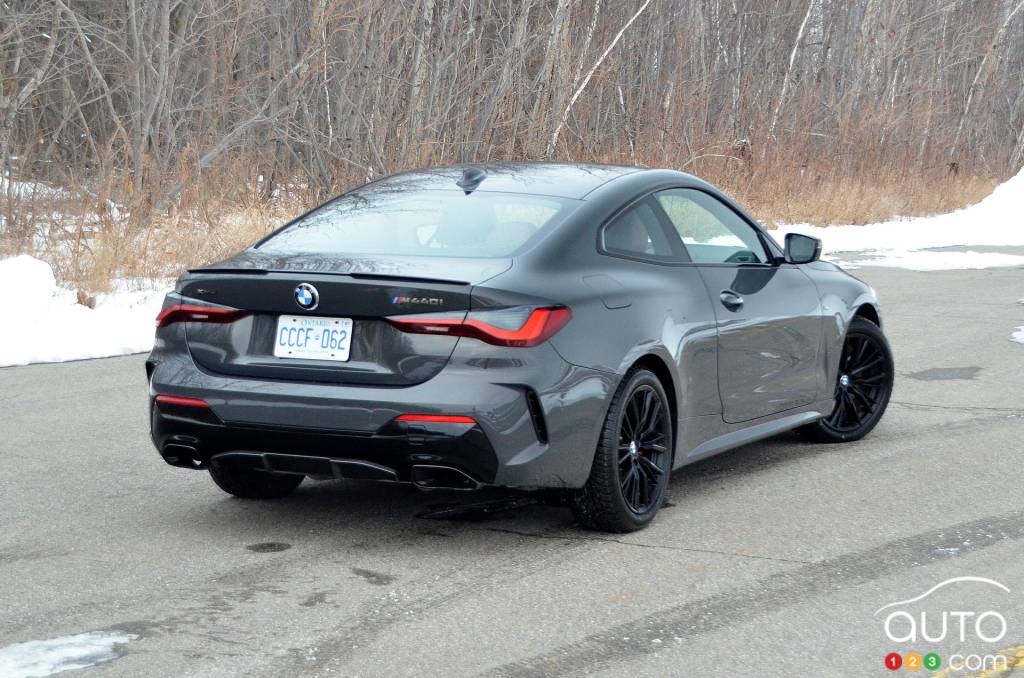 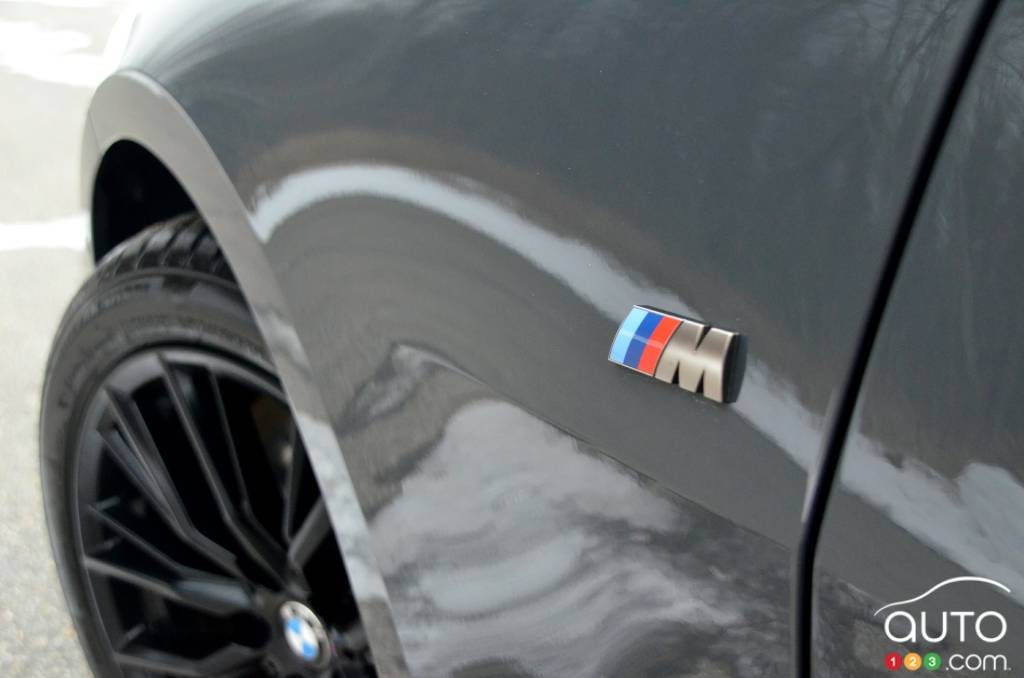 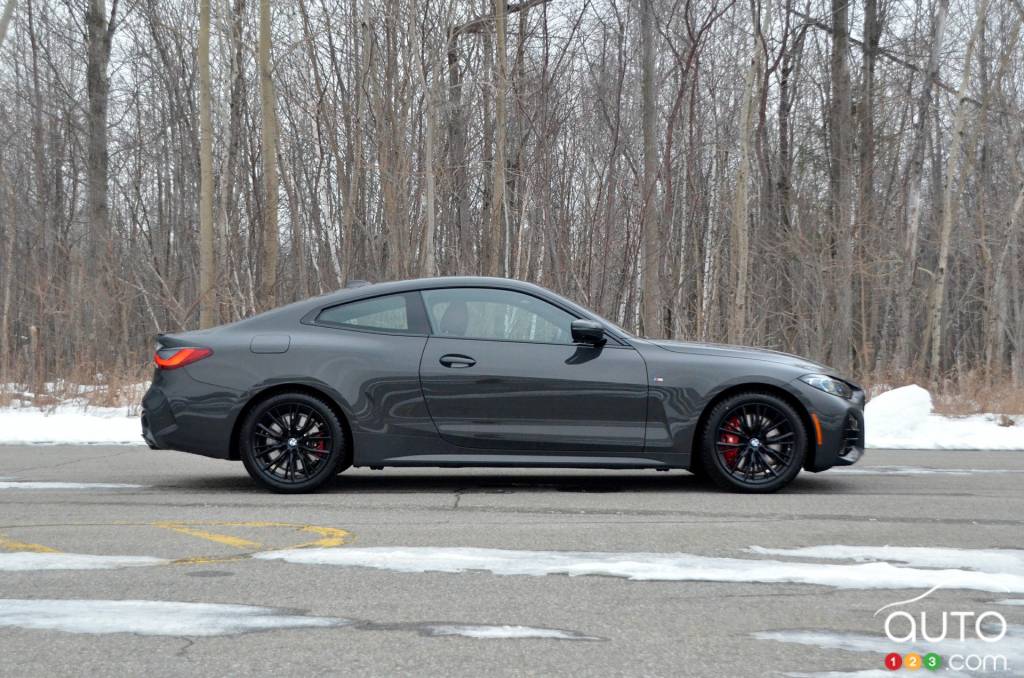 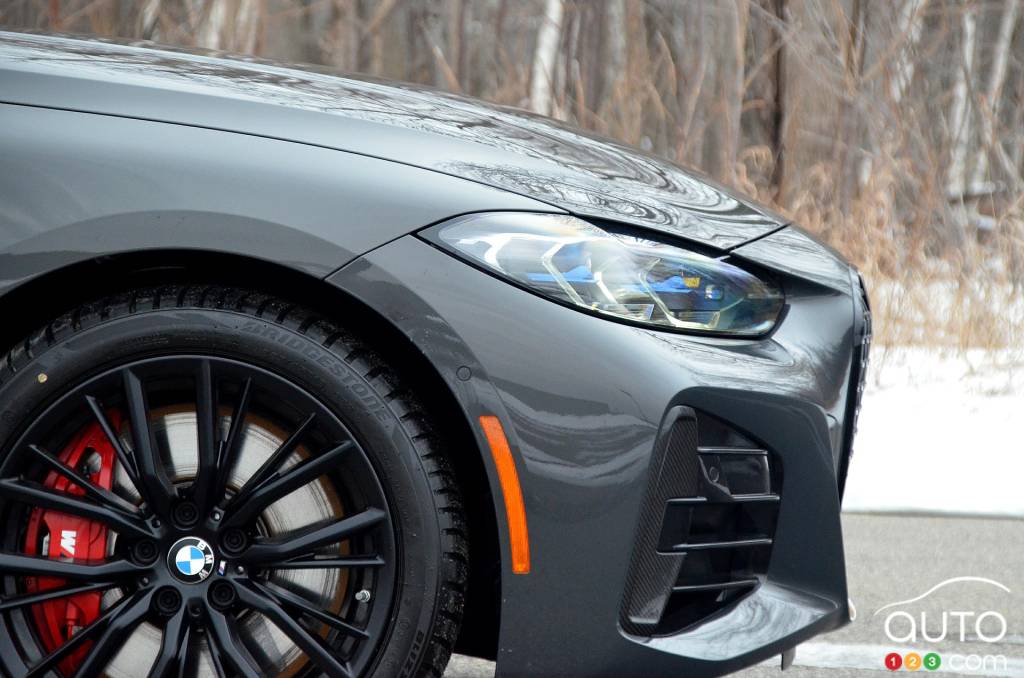 The 2021 BMW M5 Competition is the new, even more ferocious version of the performance-oriented sedan from the German automaker known for its ferocious perfo...