Sacré-Coeur, QC - The wait was long, but it was worth it. I'm talking about my two-week vacation. That is a term I thought had disappeared from my vocabulary, what with nothing but a few short days away enjoyed from the keyboard in all of 2020. I don't need to remind any of you of the effects of the pandemic, which has extended to all spheres of the population, even that to that of the car writer.

But with the Canadian border still fairly tight, which makes booking even a winter sun vacation a roll of the dice – this summer was the time to be quick on one’s feet if one wanted to find a little corner of paradise in one’s home province, or maybe the next one over. For us, that ended up being on Quebec’s North Shore, which welcomed us with open arms for few days, whales and all.

THE perfect family road trip vehicle
To cover the 1,700 km of our family road trip, the Chevrolet Suburban - or any full-size GM SUV - was a pretty good option, since it can easily accommodate a (four) bike rack and all the luggage we could possibly want. But with either of the available V8 gasoline engines under the hood, the fuel bill was going to be high. Enter stage left the Duramax with its turbocharged inline-six that's making its debut in General Motors' full-size SUVs, just as it did in pickup trucks last year.

That's all it took to get my name on the bottom of Chevrolet’s loan agreement. Because on occasion, a test drive can be longer than usual... and more family-friendly!

Richly equipped Suburban Premier
Located just below the High Country trim in the model hierarchy, the Premier badge is a pretty upscale proposition in its own right. The leather-wrapped interior and a host of cool technologies really upgrade the experience aboard this behemoth. From the full-colour head-up display to the touchscreen in the centre of the dashboard, not to mention the centre console that can be slid back to accommodate younger occupants - the Suburban Premier comes equipped for the job. Though one quick word about the centre armrest: the fact that it slides from front to back gets annoying over time.

Between the two occupants in the first row are the obligatory cupholders and that induction charging pad for the smart device. The seats are heated in the first two rows and ventilated in the front. And in case you haven't noticed yet, the good old shifter hanging from the steering column has been replaced by a row of buttons to the left of the touchscreen. The air conditioning controls are grouped under the centre vents, while those related to drive modes and the drivetrain are to the left of the steering wheel.

While the middle row of seats are manually operated (using the two levers on the side of the seats), the third row of seats can be folded using the buttons on the right side in the trunk.

Overall, there's a quality feel to the largest of Chevrolet's SUVs, despite the presence of cheapish plastic elements here and there. If you want rid of those, you’ll have to go for the Cadillac Escalade, or else the GMC Yukon Denali.

$3,245 to run on diesel?
The extra $3,245 to upgrade to a turbodiesel isn't too much, if you ask me, especially when you compare it to the $8,250 it costs to bolt the turbodiesel V6 under the hood of the Ford F-150, for example. In fact, this expense pays for itself within the first few months of driving, especially if you don’t drive too aggressively, because the turbodiesel engine gets better fuel economy than its gasoline counterparts. Canadian EnerGuide reports an average of 10.6L/100 km combined for a four-wheel drive model like the one I tested for just under two weeks.

At the peak of my fuel consumption, the on-board computer indicated 10.7L/100 km, and that's without me being too careful with my driving habits, and with in place the bike rack that did its bit to affect aerodynamics and reduce efficiency.  Some colleagues told me they even managed to lower their use to around 7.0L/100 km, with an empty vehicle and at optimal speed (read around 70 km/h) on the highway. In short, if the idea of diesel doesn't scare you off – who can forget Volkswagen's Dieselgate fiasco in 2015 - this is the most interesting engine in the lineup, even if it doesn't have the muscles of the big 6.2L V8!

THE perfect vehicle to drive across the continent?
How did the big Suburban perform during the nine-day trip? In one word: wonderfully. And it's not just because its average fuel consumption remained around that 10L/100 km mark.

No, the turbocharged inline-6 is also fun to push on occasion, with the available low-end torque propelling the SUV every time you put your right foot to the floor. Quiet at idle, the 3.0L block is uncommonly smooth during normal driving, but it also comes on strong during acceleration, reminding occupants that the engine under the hood is diesel-powered thanks to its particular sound.

The 10-speed automatic transmission is also worth mentioning here, as it makes itself thoroughly discreet – nay, invisible - in all situations. Well almost - let's just say that the hills of Charlevoix caused a few downshifts on its part.

I drove mostly in two-wheel drive, but also tried Auto and 4↑ modes on the gravel road leading to the cottage. The ground clearance and efficiency of its four-wheel-drive system confirmed that I made the right choice in leaving my own car (one that sits considerably closer to the ground) at home.

There’s also the option to choose your drive mode, but frankly, I don't see the point. When driving the Suburban, you have other fish to fry, namely, adapting your driving, such as anticipating braking distances or assessing the available space in an adjacent parking space, an operation made easier by the many cameras around the vehicle.

Another road trip plus: Driving the brand's largest SUV is very smooth (thanks to the new independent rear suspension) and that's a good thing!

The last word
The Chevrolet Suburban is the patriarch of this corner of the industry - its manufacturer has offered it continuously it since its introduction in 1935. This American icon has been transporting large families for a very long time and will likely continue to do so for many years to come.

I, for one, loved my experience in this turbo diesel variant. Frankly, for the consumer who needs such a behemoth to tow things and transport their loved ones, I think the diesel option is a must. But then again, some of us still prefer the good old V8.

The asking price (just under $92,000 with freight/prep costs included)
The central armrest setup needs to be rethought 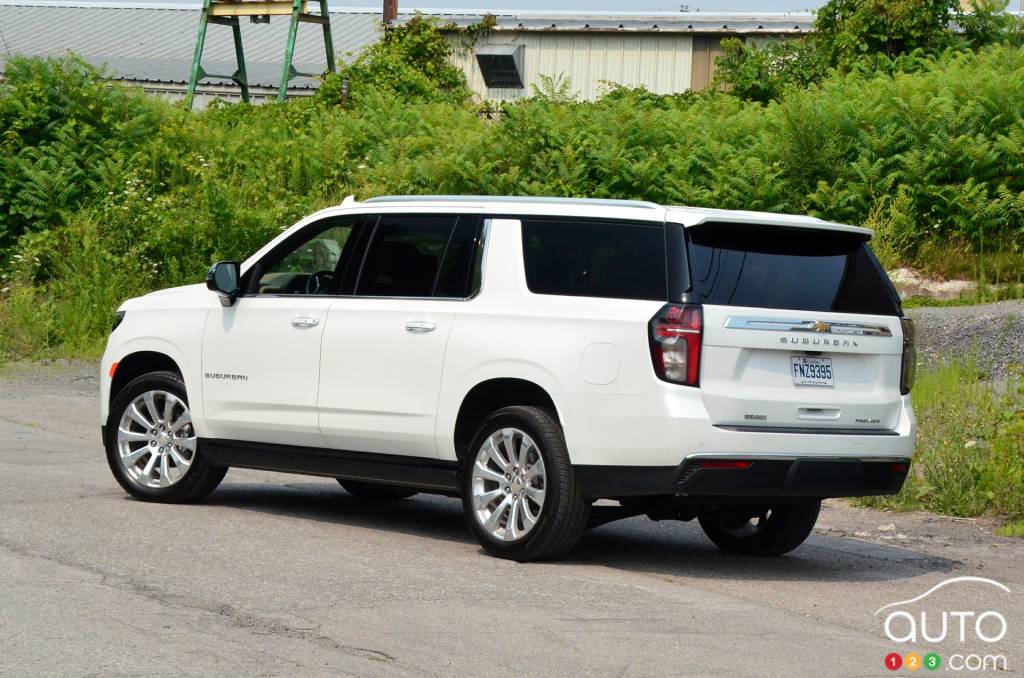 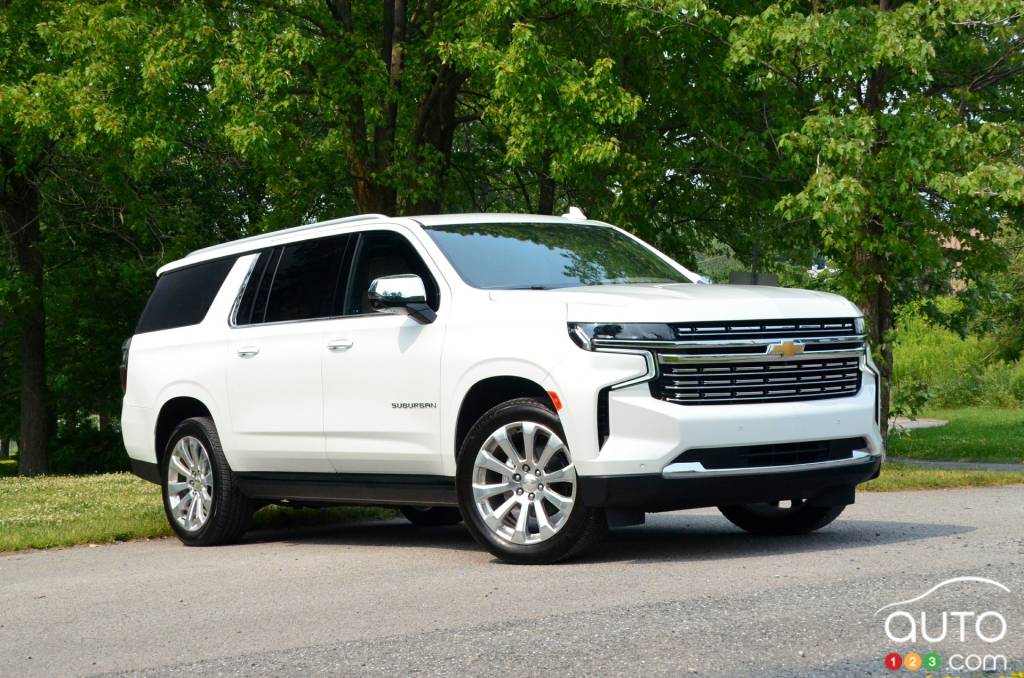 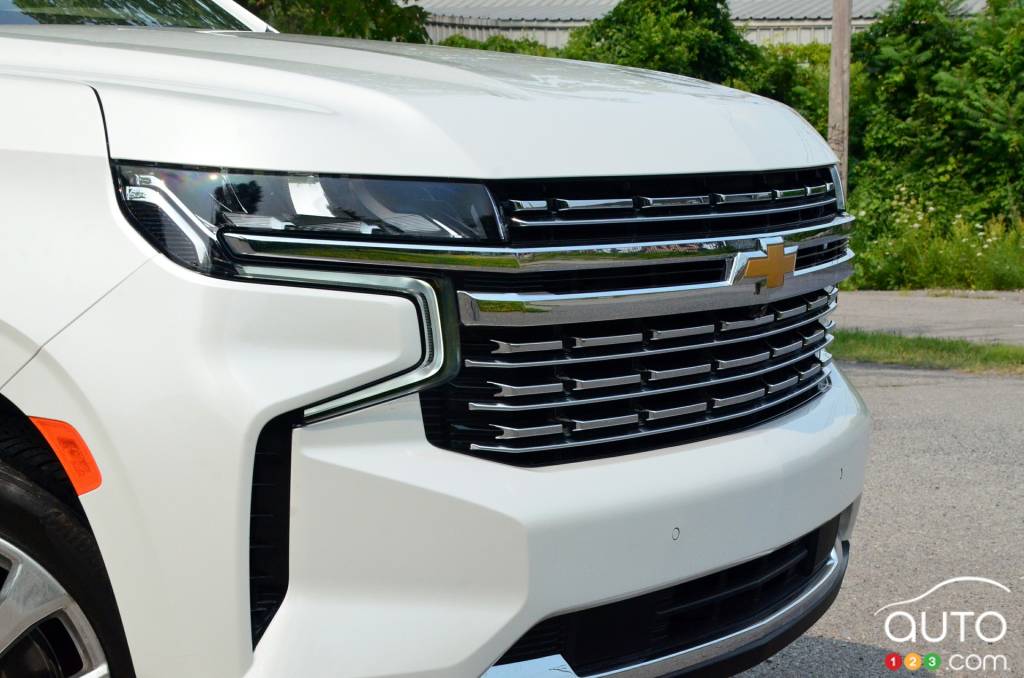 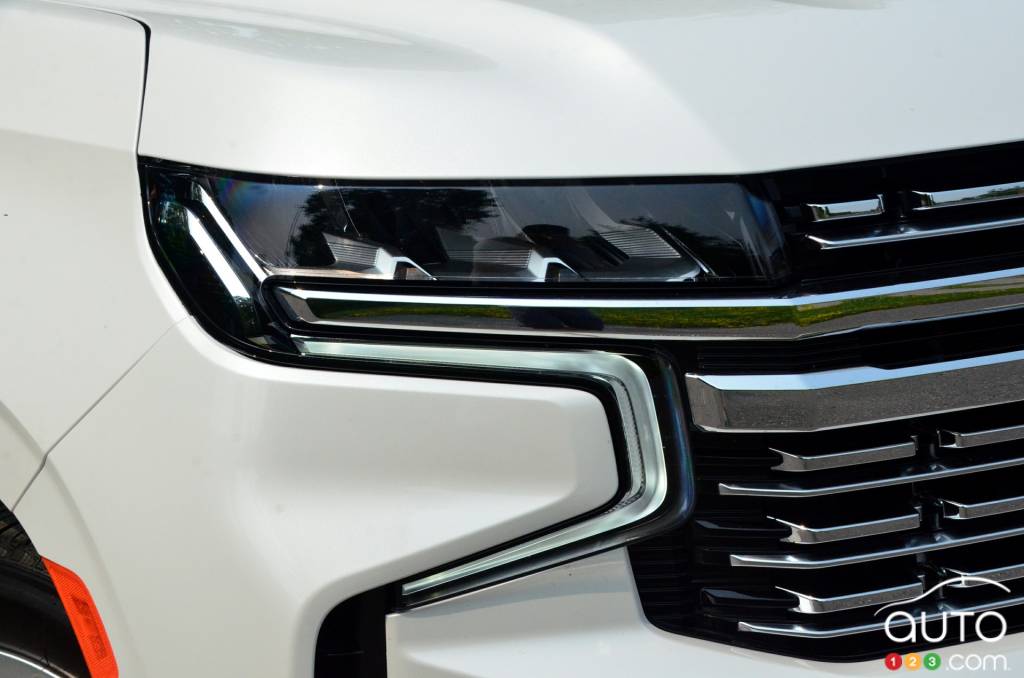