Austin, TX - When you take a look at the present-day Kia lineup, it's hard to believe that just 20 years ago, the Korean automaker was making its first tentative forays into Canada with a handful of models of somewhat questionable quality.

Frankly, very few were prepared at that time to bet on its growth and longevity in North America. And yet, two decades later, derision has made way for respect and a solid share of the market. For this, we must render unto Caesar: Kia now competes on an equal footing with its rivals.

But just as it’s only fair to acknowledge Kia’s progress, it’s also incumbent on us to assess the company’s products with an objective, clear eye, particularly in so far as how they rate versus the competition. Last year, for instance, marked the debut of the Telluride, and it was subjected to close scrutiny. Now it’s the turn of the new Seltos. 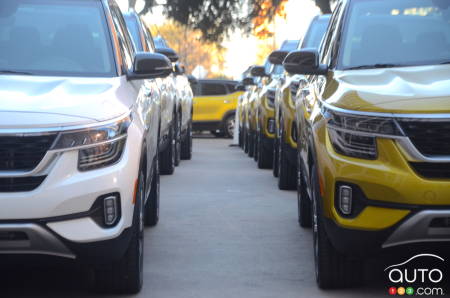 What’s its role?
It’s an understatement to say that subcompact SUVs are multiplying like rabbits on the market. There are now three just from Kia (Soul, Seltos and Niro) while there are two at Hyundai's "parent” company, in the form of the newish Kona and very new Venue.

When it comes to these Kia and Hyundai cousins, you might assume they’re pairs of clones, and that would be a reasonable assumption. But it would be a wrong one. The new Seltos is not a clone of either the Kona or the slightly larger Venue. Nor is it a variant of the Niro; it’s even more distant from the Soul.

The Seltos, it’s important to know, is built on its own platform. Higher and longer than the Kona, the model offers more room, which is obvious whether you’re just sitting in or driving it. In the interest of accuracy, it sits between the (smaller) Niro and the (larger) Sportage in the Kia lineup. It’s also trendier than both of those models, not really surprising given its more recent design. 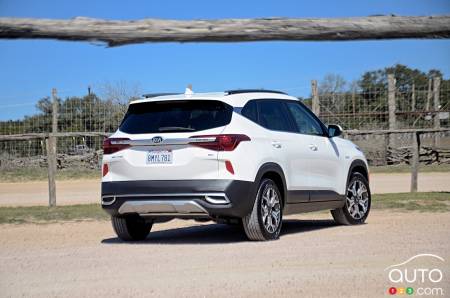 Familiar mechanics
Regarding the engine and transmission, the engineers putting together the Seltos grabbed form the automaker’s existing toolbox. Thus the base versions- more on the trims in a bit - are powered by a 2.0L 4-cylinder engine delivering 146 hp and 132 lb-ft of torque. At the top of the lineup is the 1.6L turbocharged 4-cylinder, a unit that offers 175 hp and 195 lb-ft of torque. The former features the manufacturer's Intelligent Variable Transmission (IVT), while the latter works with a 7-speed dual-clutch automatic transmission.

Here’s what it’s like to drive the Seltos with each of those powertrains:

The 2L
With the smaller unit, I must confess I feared the worst. This engine is also found in the Soul and when we drove that model last year, I had not been kind to it, finding it rather anemic. However, it's quite the opposite with the Seltos, even though the new SUV is heavier.

How can this be? It's quite simple, really. Kia’s engineers, knowing that their engine had a heftier body to lug around here, reviewed each of the CVT's simulated ratio settings. Torque is also delivered earlier in the engine RPM range, so the Seltos does come out of the blocks with more intent - at least, that's what it feels like behind the wheel. 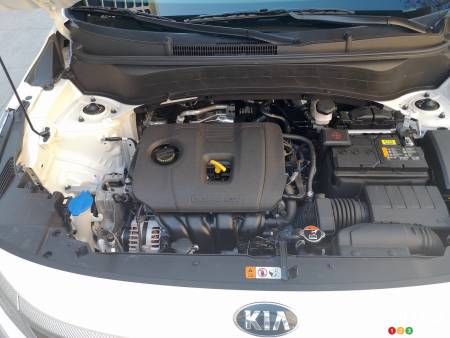 So opting for a version equipped with engine is not a bad choice. Although, I do add this warning: Although the Seltos is not really the kind of vehicle its drivers will push overly hard, it’s crucial to play with the drive modes when sudden and intense acceleration is required. Why? Because in Normal mode, the sound of the CVT will bring to mind the unfortunate image of a sheep's throat being slit under the hood. In Sport mode, in contrast, the gear simulation is really good, so much so that you almost believe you're getting a regular automatic transmission.

The turbo
With the turbo engine, the experience is obviously different. Power is properly exploited by the automatic transmission, although we didn't share Kia's evident enthusiasm for it. While it offers quick and smooth transitions when driving normally, this transmission proved lazy when we slammed the throttle. But with a more powerful engine, that's exactly where you want and expect it to respond to the driver’s quick commands.

Instead, when you put the pedal to the floor, you have to put up with an annoying delay before anything really happens. Once the powertrain is properly awake it performs quite well although even there, the transmission’s transitions could be smoother, quicker. There's still work to be done here with this admittedly brand-new model. 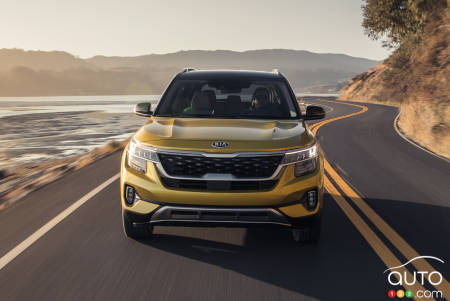 The product line
There are three trim levels on the menu, though five variants. The base LX version can be had with front-wheel or all-wheel drive. As is customary from Kia, equipment is generous from the start with Apple CarPlay and Android Auto applications included, as well as heated seats and safety features like blind spot and rear crosswalk alerts.

Next up are the EX and SX variants. The former can be spruced up with a Premium Package that substantially enhances the offering, for instance with heated and ventilated front seats, heated rear seats and the UVO system accessed via a 10.25-inch screen. With the SX variant, some other elements are added such as the head-up display, but most significant is the turbo engine that comes into the picture here. 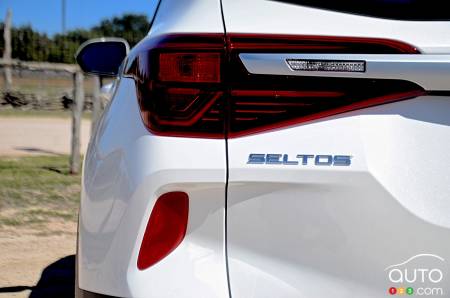 At the wheel
There’s no such thing as the perfect vehicle, if only because the needs of buyers are not the same. In a given niche, a manufacturer always tries to make the right compromises to satisfy the masses, a prime ingredient in the formula for financial success.

With the Seltos, in my view Kia has comes with a very promising formula. Like the porridge that’s just right, it’s not too big and not too small. The ride it offers is decent enough, and on board there’s a lot of available space for a vehicle of these dimensions.  we have a lot of space compared to the proposed format. The two-tiered floor in the trunk care allows you to maximize cargo volume when needed. And for the rear passengers, there were actually no compromises made; it’s a properly expansive space for two adults.

And once behind the wheel, apart from those caveats regarding the transmission, you get the benefit of a well-balanced chassis, steering that's basically faultless in its actions and well-balanced handling. Nothing exciting, but nothing extremely boring or problematic. 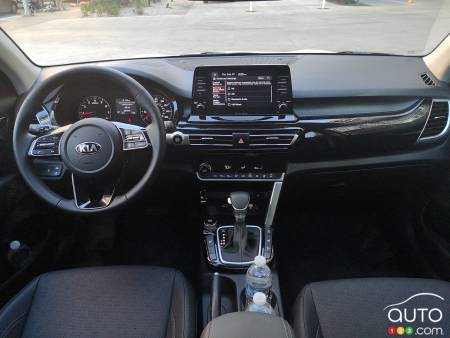 Conclusion
Given all of those elements, the clientele the Seltos is targeting with this subcompact-plus is likely to be seduced.

That said, there’s still an iota of uncertainty with this model. And that’s because Kia is actually a little late to this segment, and it’s not entirely sure if and how it will find its place in it. The automaker’s marketing strategy will have to be aggressive and ensure that the Seltos gets maximum exposure so that consumers can be made aware of its existence and relevance.

Otherwise, it will be just one anonymous SUV among many others on the market. 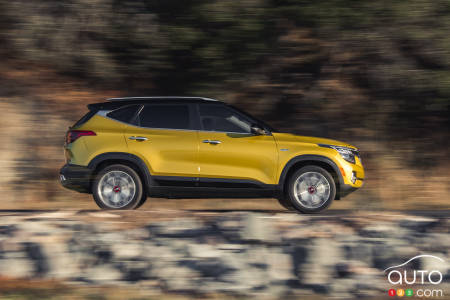 Format is in a sweet spot for consumers, in terms of dimensions
The high value quotient you expect from this manufacturer
Generous interior space and cargo capacity 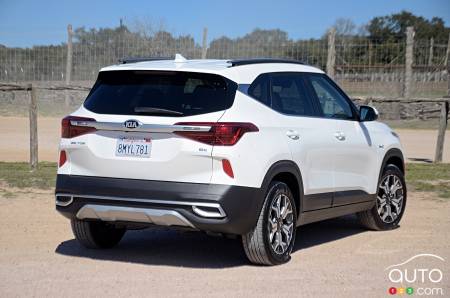 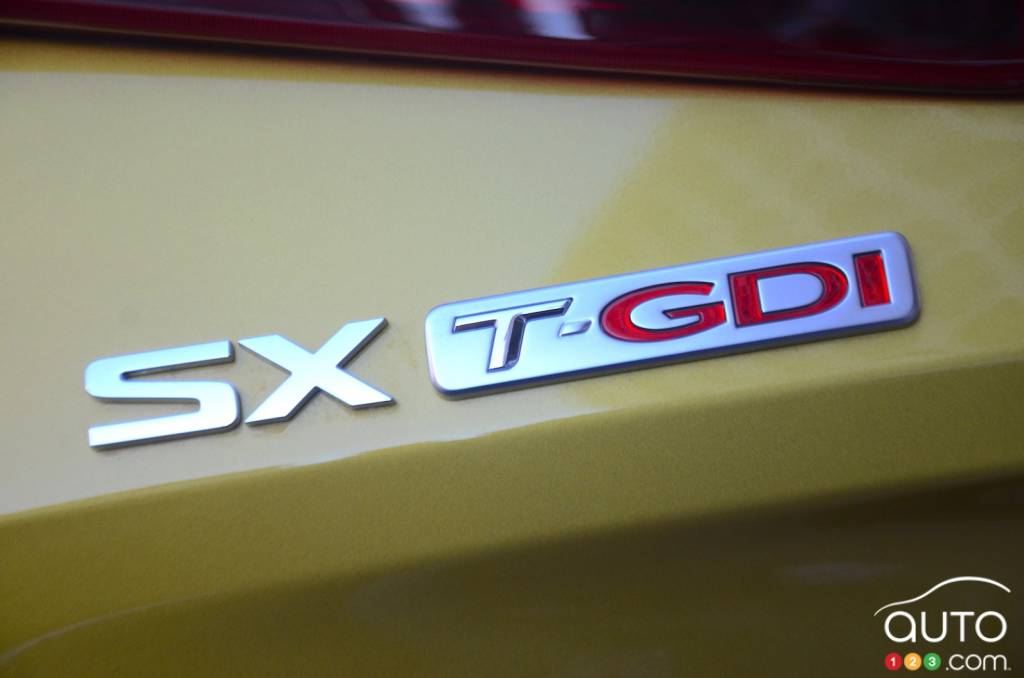 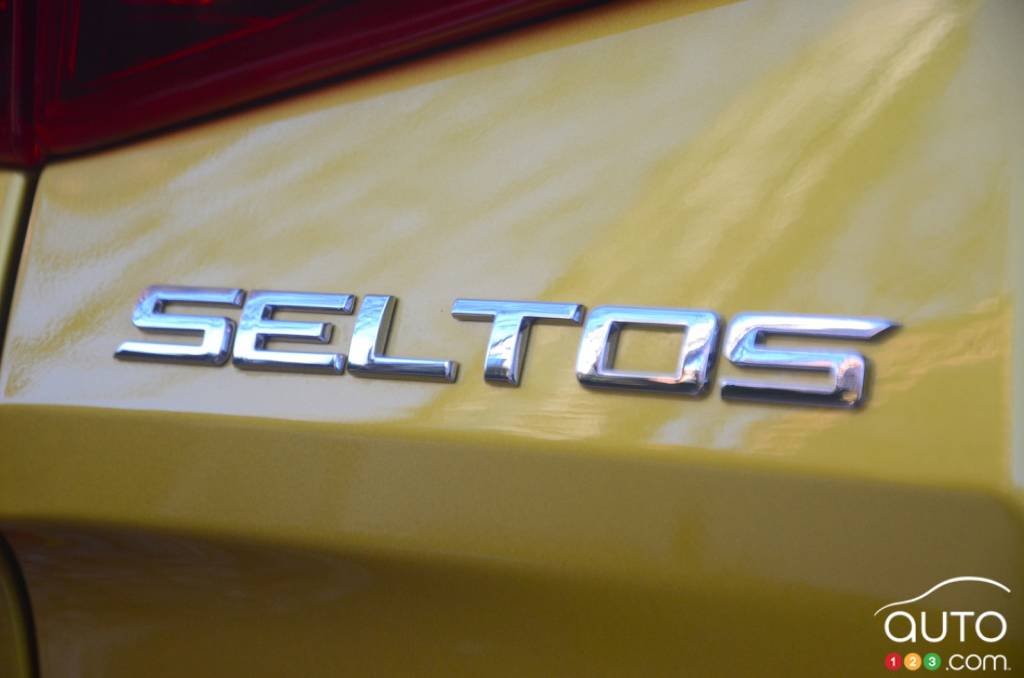 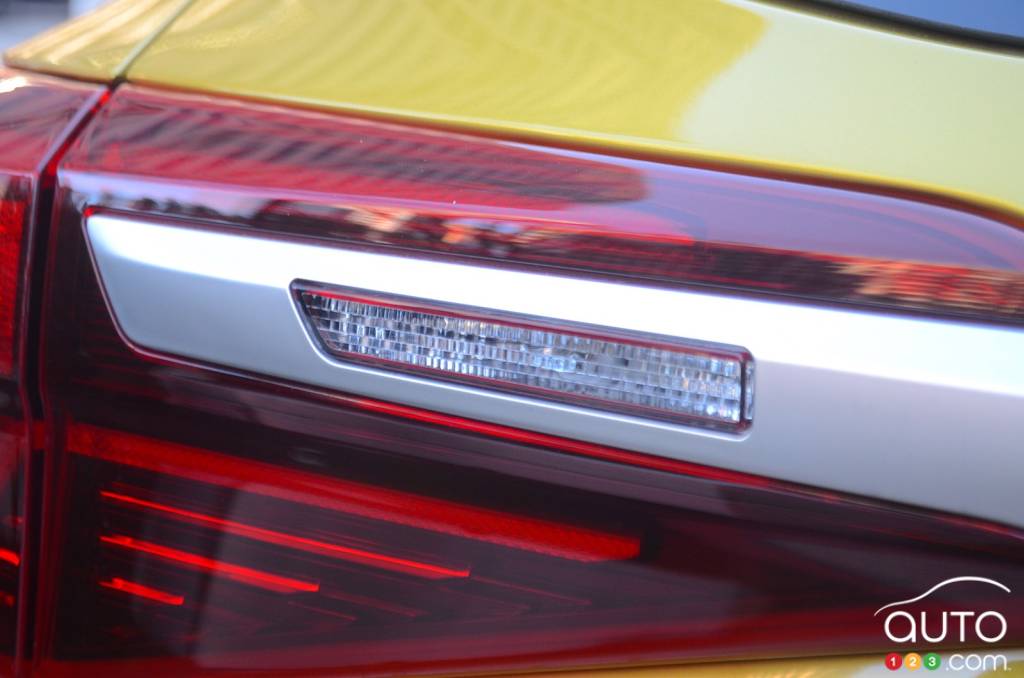 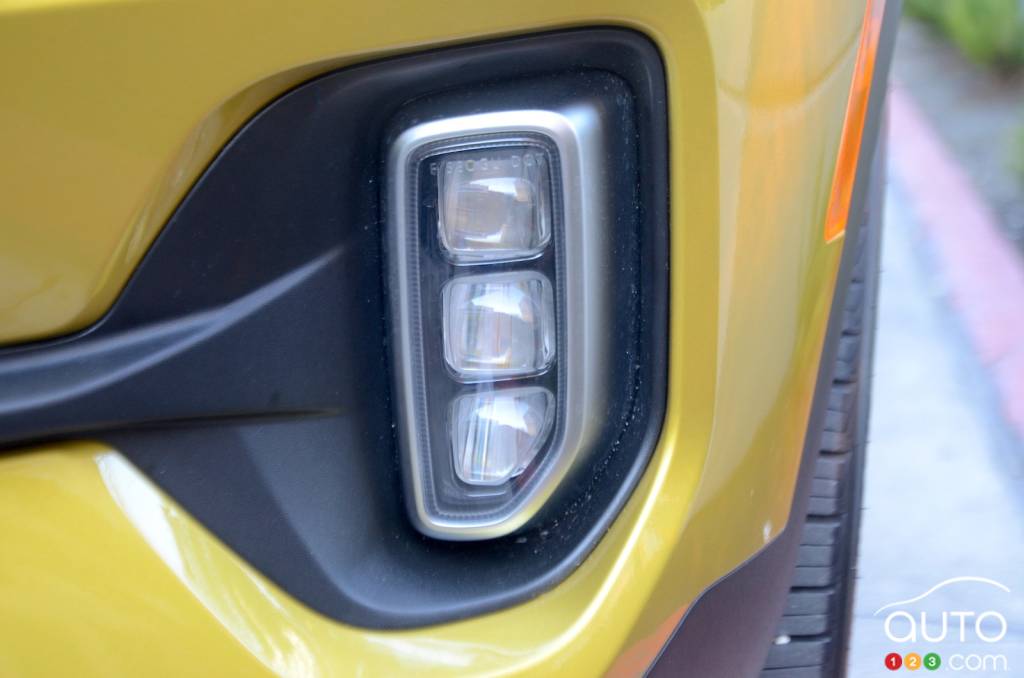