Rumours are growing about the arrival of a performance-oriented Toyota Corolla. The prospect of a 300-hp, all-wheel drive GR Corolla joining the company's North American lineup is certainly something to get excited about as far as adrenaline-hungry brand purists are concerned. Yes, it's true that the 86 coupe and GR Supra already deliver their share of excitement, but for those in need of a practical day-today car, those two sports cars don't really meet their specific needs.

What is Apex?
But for now, until Toyota's North American division pulls a GR rabbit out of its hat, the spiffiest compact car in the Corolla lineup wears the Apex badge. This new variant features a few tweaks that solidify the popular sedan's handling, and which come in the form of an optional package that can be grafted onto the SE version. A total of 150 Apex editions will be distributed across Canada this year, 50 of them with the 6-speed manual transmission.

Don't go thinking the 2021 Corolla SE Apex is a modern reincarnation of the Corolla XRS from the 2000s. Indeed, the XRS - the first one at least - was a totally overhauled pocket rocket, gifted a more steroidal engine and even an exclusive steering column. The Corolla SE Apex you're looking at is more of a charm operation for aesthetic-modification enthusiasts.

The 18-inch fluorescent aluminum wheels and a more aggressive aerodynamic package (complete with bronze trim) are among the highlights. The spoiler mounted at the end of the trunk is worth mentioning, as are the black badges all over the car and the sport exhaust. As for its colour (Cement Grey), it is exclusive to the model. To go along with this sporty outfit, engineers swapped the compact sedan's comfortable springs for a stiffer ride, while front and rear stabilizer bars take care of stiffening the chassis.

The same mechanics
For all that spicy dressing, however, and despite the slightly raspier sound caused by the performance muffler, the Corolla Apex doesn't offer anything more under the hood. The naturally-aspirated 2.0L 4-cylinder engine still delivers 169 hp and an optimal 151 lb-ft of torque. That's not bad, especially since it can be operated with a 6-speed manual transmission.

However, as nice-looking as it is, the Corolla Apex doesn't have what it takes to rival a Volkswagen Jetta GLI or Honda Civic Si, for example. Then again, that's not the primary mission of a Corolla.

A typically Toyota interior
Like its exterior, the interior of this version is mostly dressed in light grey upholstery, while the lower part of the dashboard is white. I would have liked to see a hint or two of sportiness inside, but that's not a serious fault in my opinion.

The screen above the central air vents is well placed, but the quality of the graphics leaves a little to be desired. Here again, Toyota can do better. The buttons underneath are very small and force the driver to glance at them when they want to change the ventilation. And while the wireless charging position is ideal for keeping the driver from looking at the device while driving, it's a little less so when you're leaving the vehicle, as the smart device is hidden under the dashboard and not in your immediate line of sight.

As for the rest, I don't have anything to add; the Corolla doesn't do anything too fancy!

How fun is the Apex?
The question now is whether the extra $4,850 required to acquire an Apex edition is worth it. It's true that the suspension tweaks give the sedan more muscle, allowing for better cornering at speed for example, but on the bumpy Quebec roads where my test drive took place, this firmness doesn't match well with the spring potholes.

Still, that's not my only criticism of the Corolla Apex. On a more serious note, the sedan fails to make me smile. The clutch is light, the steering column doesn't communicate enough about the road conditions (even with the adjustments made to it), while the exhaust system sounds only mildly more appealing. When you think of what the GR (Gazoo Racing) division is capable of with the GR Yaris in Europe, you know the engineers are capable of doing better than what’s done here. Much better in fact! But then again, the Corolla Apex wasn't developed by the same team that works on the brand's performance cars.

The last word
The 2021 Toyota Corolla SE Apex has a lot of style, improved handling and an extensive equipment list. However, I find the asking price ($27,300 before taxes and fees) a bit steep. Granted, that's less than what you'd expect to pay for a true sports sedan, but with this look, I expected (a little) more from this nice-but-not-explosive car.

As for the possibility of a truly souped-up Corolla being added to the North American lineup, it's real, but this potential GR Corolla would come with a much higher price tag than this Apex version. 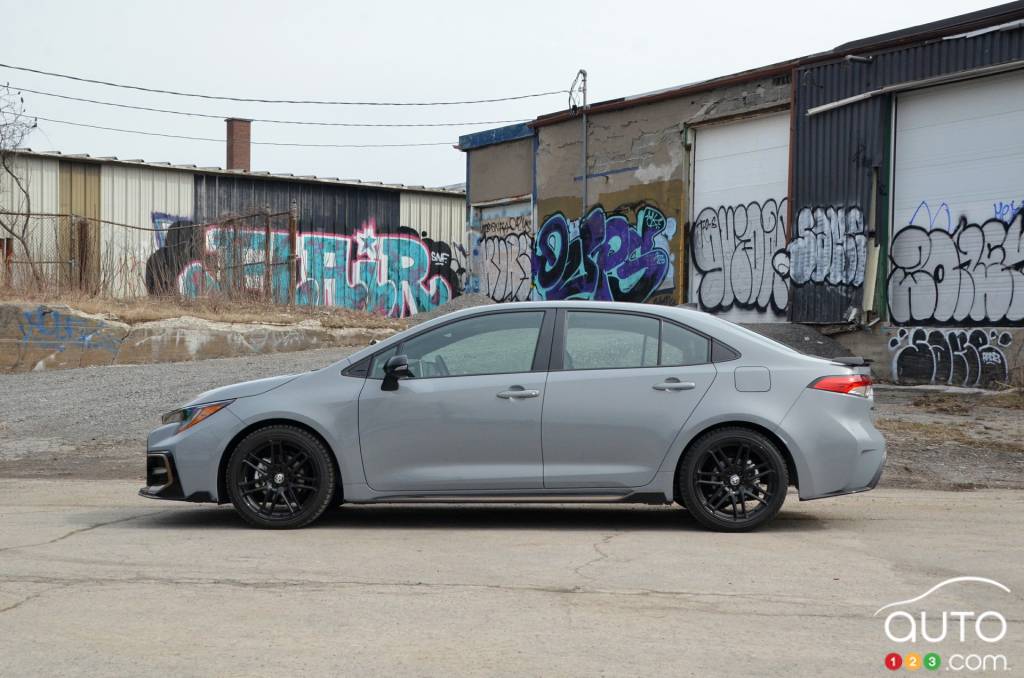 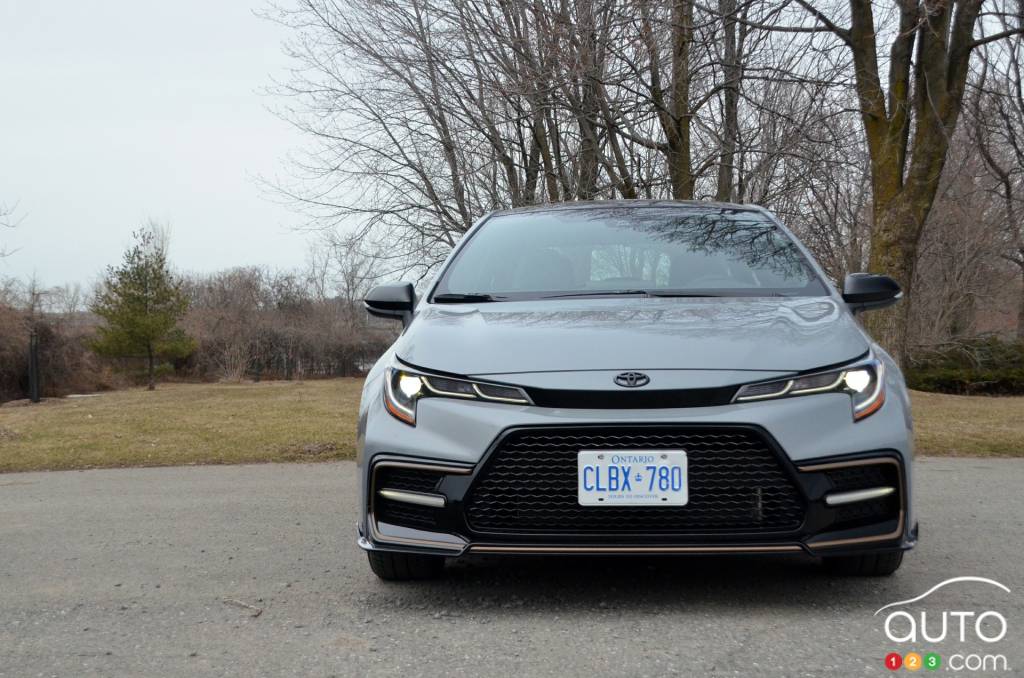 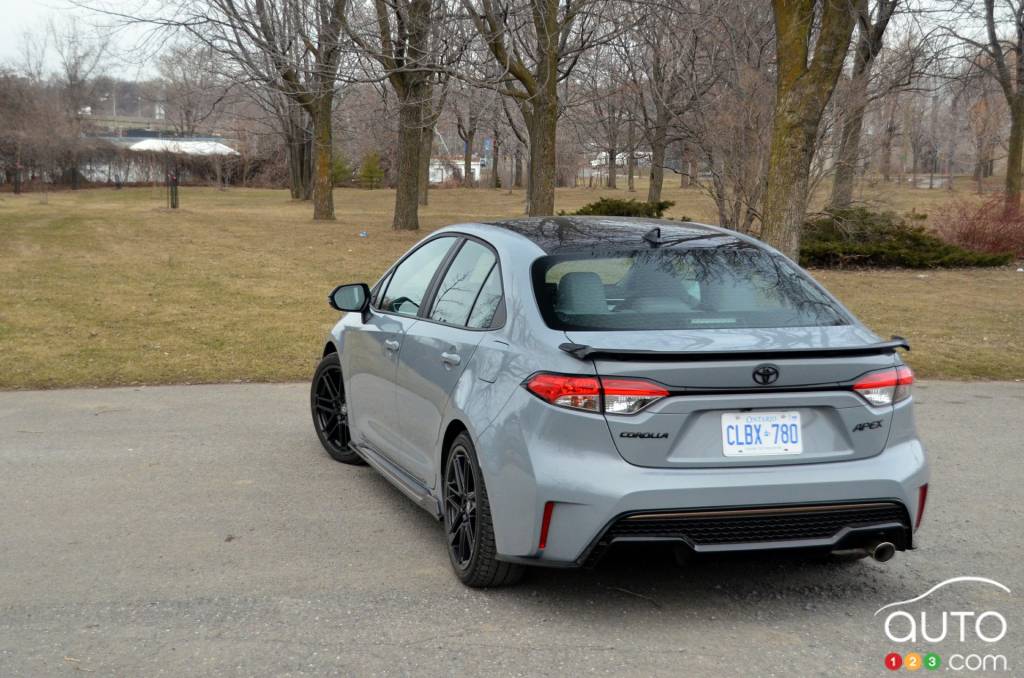 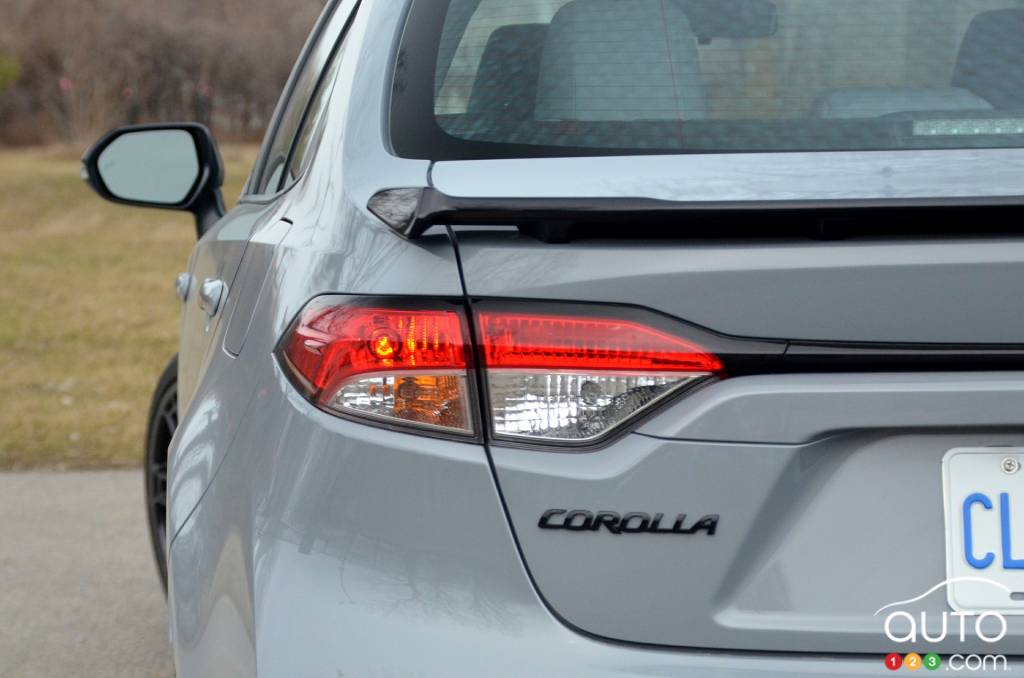