The Porsche 911 is one of those automotive icons that, because of tradition, just has to be offered in several forms. The argument of profitability is often mentioned to justify all these variants, but there’s also the need to meet the needs of motorists, some of whom don’t necessarily want to drive a race car to go to and from work or the grocery store. The very sharp GT3, for example, is an incomparable car on a closed circuit, but for the trip to pick up a box of donut holes, the Stuttgart-based automaker has more comfortable alternatives.

Almost at the top of this Carrera range (the 911 now being separated into three groups: Carrera, Turbo and GT3) we find the GTS badge, which adjusts some elements of the mythical rear-engine sports car to make the driving experience even more dynamic and memorable. It was in a soft-top version of this 911 Carrera 4 GTS that I finally got my hands on this latest generation (codename 992) of the German manufacturer's most emblematic car.

Tomorrow, check out our first-drive review of the 2022 Porsche 911 GTS in Targa form!

The GTS level
It’s worth taking a moment to clarify what a GTS variant is within the 911 range. Right off the bat, the power of the 3.0L flat-6 engine jumps to 473 hp (from 443 in the S version), but there's more, including GTS-specific suspension adjustments (read, 10 mm closer to the ground) that work in concert with PASM (Porsche Active Suspension Management), not to mention disc brakes borrowed from a certain 911 Turbo... for more bite to stop the car's ardor.

The exhaust system has also been reworked to deliver a sound more in line with the GTS philosophy, while the manufacturer has pulled back a little on the insulating material in order to highlight the 6-cylinder symphony. Note also the different size of the wheels - 20 inches in front and 21 inches in the back - as well as an exclusive front end and several exterior elements painted in black.

The soft-top variant we were given for this test drive was adorned with the decorative stripes, the treatment even extending to the roof with a contrasting effect. Personally, this slight aesthetic detail greatly appealed to me. It's a minor detail, but it adds a lot of class to the exterior.

Behind the wheel
It’s all fine and good to admire all the exterior details of this 911 GTS for a few minutes, but the brand's ultimate sports car is best appreciated when you're sitting behind the wheel. After all, we're talking about a car equipped with a 6-cylinder flat engine housed behind the rear axle, a unique configuration within the industry.

The experience begins as soon as you start the car, via the knob on the left side of the steering wheel - thanks to the smart key! Starting is even more authentic if you leave the door open... if you know what I mean! The twin-turbocharged 3.0L flat-six starts off with a bang and purrs like a dream, especially in the late winter months. Once warmed up, however, the engine becomes quite quiet for an exotic car.

To experience the full character of the 911, you have to turn to that little dial (on the steering wheel) to select a sharper drive mode. The Sport mode is more than enough to invigorate the car.

Equipped with an 8-speed dual-clutch transmission, this 911 Carrera 4 GTS Cabriolet is as easy to live with as any mainstream sedan. By that I mean that this gearbox is less demanding on its driver than the 7-speed manual unit still on the menu in the 911 lineup. The famous PDK gearbox is even more efficient when shifting gears, which happens at a frantic pace when you push hard.

Unfortunately, the new shifter no longer allows you to shift gears from the centre console, as this operation is now limited to the two paddles behind the steering wheel. Note that it's also possible to leave the car in automatic mode, in heavy traffic for example... or for a stretch of road where it's better to keep both hands on the wheel and let the transmission do its job.

An exhilarating drive in the Montérégie region of Quebec confirmed that the 911 is still a very agile car. A few passing manoeuvres on a back road even highlighted the quickness of the steering, as the car was equipped with rear-wheel steering, a $2,390 option.

Despite the rough roads winter left in its wake, the adaptive suspension proved comfortable enough for all three occupants of the car, me in the wrap-around seats in the front row, and in the back seats my two young boys. Each of whom had argued in vain to be sat in front. Can’t blame them, the view is way more fun in front, plus space is pretty tight there and the backrest is pretty darn vertical. Still, they even found time to take a little nap during the trip.

A word about the interior
Clearly, the 911 is a sports car best appreciated from the driver's seat. But I wouldn't be doing my job if I didn't take a moment to comment on the entirety of the car's interior. The dashboard of the latest evolution of the model is inspired by other recent Porsche models with a large central touchscreen and those “haptic” buttons all around the tiny gearshifter. The steering wheel is as pleasant to hold as ever; it should serve as an inspiration to some car makers I can think of.

The right driving position is easy to find, with adaptive sport seats that hold front-row occupants in place when cornering at high speeds, but also offer that extended seat for the taller among us.

On the other hand, the glossy finish of this centre console is nice, but expect to see it wear out over the years. Piano black adds a lot of elegance to a car's interior, but the reality is that the vagaries of daily life eventually leave their mark on such a vulnerable finish.

As for the touchscreen, it's clear that the number of applications available within the infotainment system is pretty high, but the screen is very responsive and the quality of its graphics is one of the best in the industry.

The last word
It's very difficult to change much in a classic like the Porsche 911, but the brand's engineers manage to outdo themselves every time, ensuring that enthusiasts can continue to enjoy one of the industry’s most reliably excellent models. Purists may find this '20s 911 too advanced, but frankly, the essence is still there and that's what matters isn’t it.

The overall quality
The driving pleasure
The handling

The less throaty sound of the engine (is this really a flaw?)
The limited space in the second row
The lack of a real gearshift lever for the PDK transmission 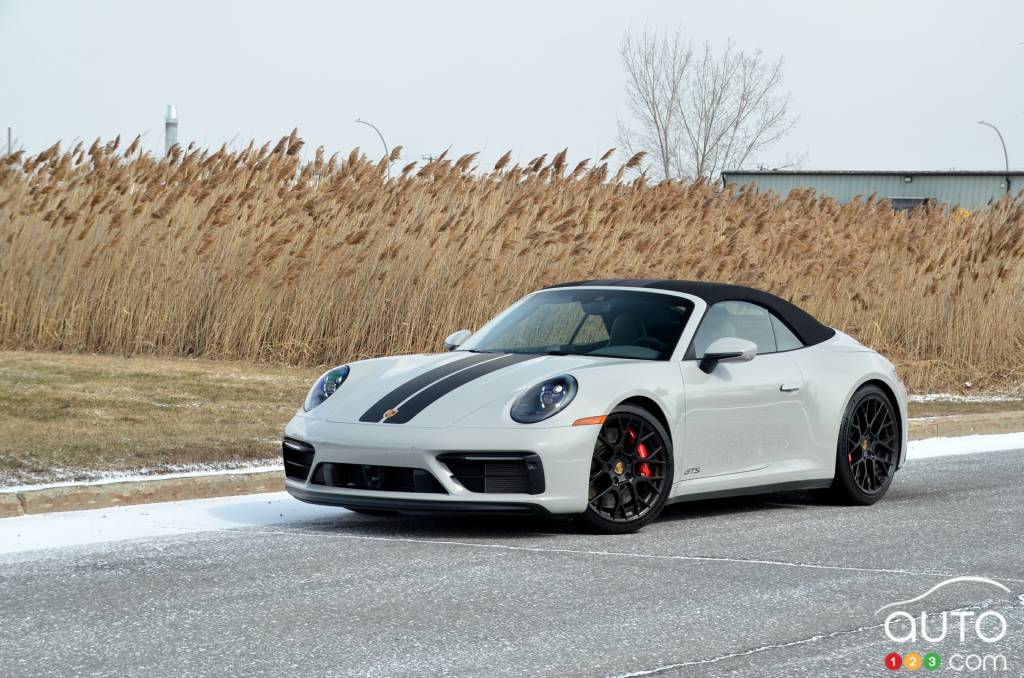 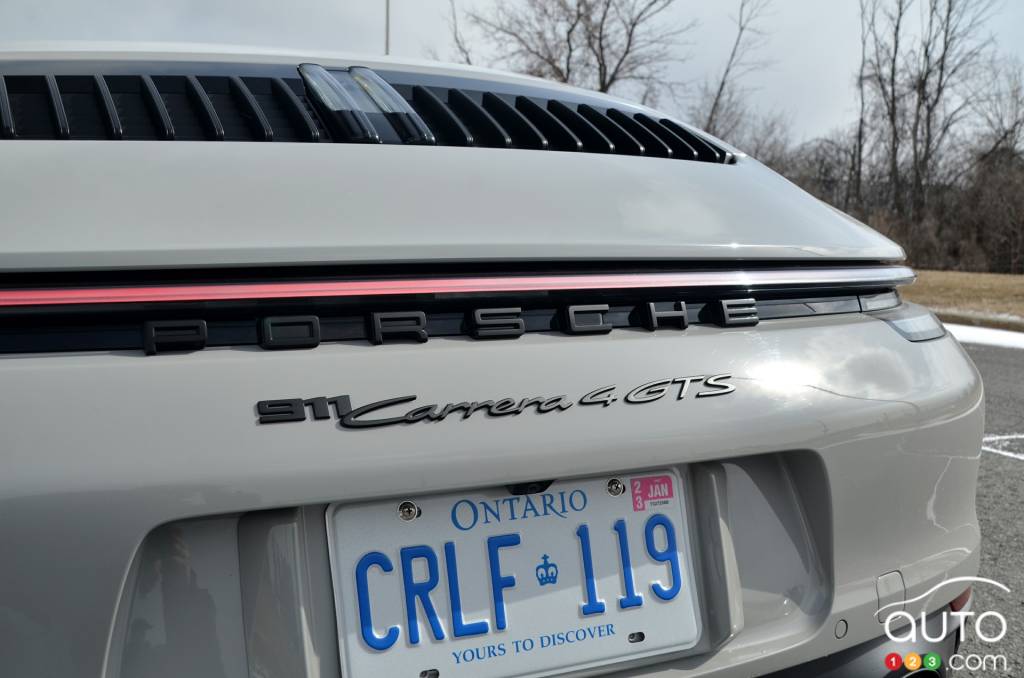 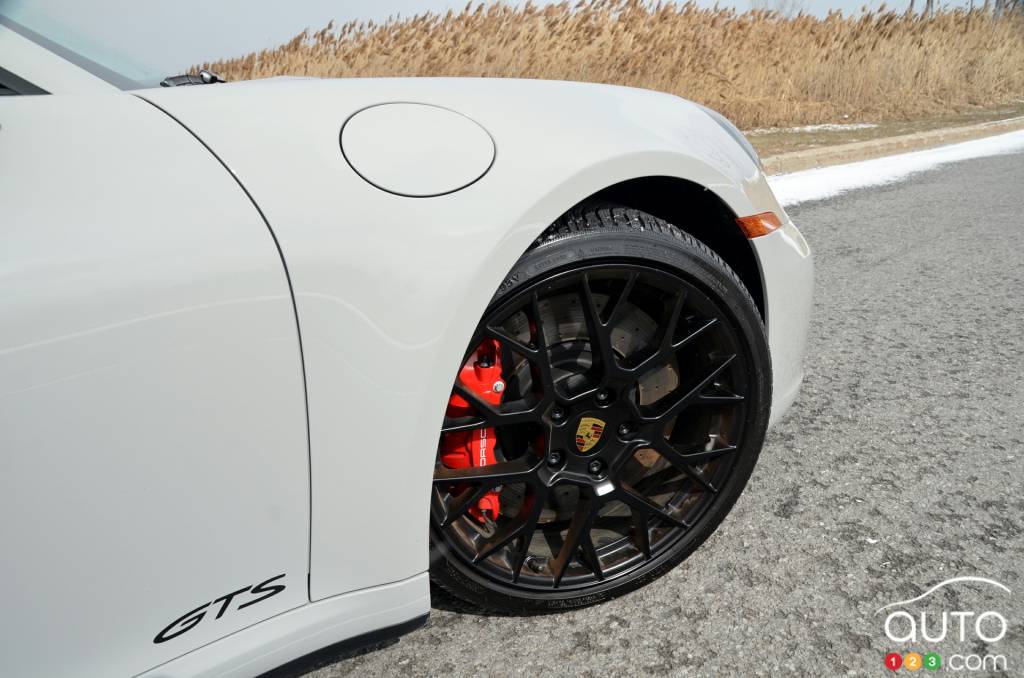 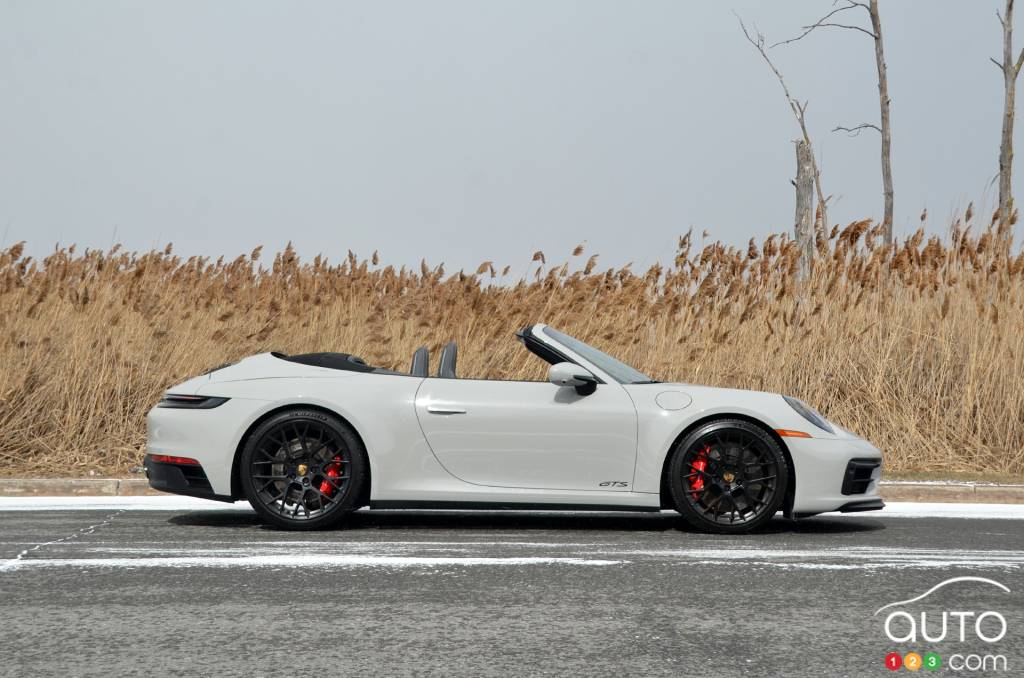