Back in the 1960s when Ford came out with the Mustang, Chevrolet swiftly answered back with the Camaro, and it proceeded to do a number on the ‘Stang in the various race series in which they competed. Fast-forward a few decades later and here comes the Dodge Viper, a fire-breathing, V10-powered coupe developed solely to put the wood to the perennial US sports car champ, the Chevrolet Corvette. It took a couple of years, but the Viper did eventually manage to beat the Corvette on the world’s biggest sports car stage: the gruelling 24 hours of Le Mans in France.

It goes deeper; just think of the decade-long battle between Subaru and Mitsubishi on the stages of the World Rally Championship, or that of BMW and Mercedes on the European touring car circuit. Ford v Holden in Australia, Toyota v Nissan and Honda in Japan; the competition is fierce in the car world.

The thing about competition, though, is it tends to breed quality.

Which brings us to the 2019 Jaguar F-Type P300, the latest incarnation of the car Jag built to compete with Porsche, hitherto a sports car brand that has conquered all comers both on the race track and in the showroom. When the F-Type arrived in 2013, though, it gave even me – a perennial Porsche lover -- some pause when I first saw one trundling down the Gardiner Expressway in Toronto. Even in that most sterile and concrete of environments, and even though it was painted black exactly like the car you see here (when many, much brighter colours were available, and still are), the F-Type looked the business. 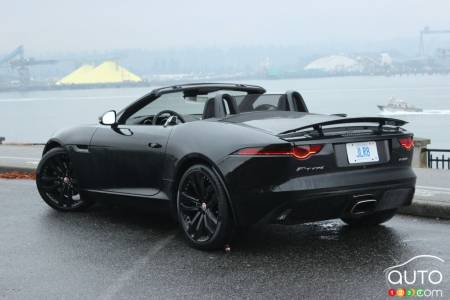 Thing is, though, with its supercharged V6 engine (and later, supercharged V8), it was squarely in the Porsche 911’s wheelhouse. Good looks or not, that is a very tough hill to climb; you’d think the F-Type may have stood more of a chance of it were better positioned to take on the less expensive Boxster or Cayman. Fantastic as they are, they’ll never have as loyal a customer base as does the 911. So, when Porsche redesigned the Boxster and Cayman for 2016, added the “718” model designation and gave them turbocharged four-cylinder engines, the time seemed right for the F-Type; after all, Jaguar/Land Rover already had a turbo-4 doing work in various products. Why not the F-Type?

Enter the F-Type P300, powered by a 296 hp, 295 lb-ft turbo-4 and all for a starting price of below 70 grand – assuming you opt for the coupe version. The convertible you see here starts at $72,500. Right off the bat, of course, there’s a problem: both the Cayman and the Boxster start at lower than do their respective F-Type counterparts, and they make more horsepower, too. It’s only a 4 hp increase, but the fact remains that the P300 looks like it’s starting at a bit of a disadvantage.

So where does it make it up? Or does it?

Well, it sure does on the styling front. The F-Type is possibly the best-looking car not just in the segment, but in the mass-market automotive world as a whole. The long hood and stubby back provide a perfect cab-rearward profile, and with the top down and on black wheels it sits so low and squat to the ground (not so much with the top up, but such is the case with many convertibles) that it almost looks like it’s been lowered on the aftermarket. It hasn’t; it just looks so darn perfect because Jaguar knew they were going to have to do a number with the styling in order to compete.

Though my tester’s interior treatment is a little monochromatic – it’s very black, the only exceptions being the occasional splash of silver plus some red seat stitching – there’s lots to like in the details here. The high-quality soft-touch materials round the climate control dials and toggle switches, for example. I also still love the way the centre vents above the dash reveal themselves only once the climate control system is turned on; when I first sampled the F-Type back in the day, I though this might get old. It hasn’t. The door-mounted seat controls are also superbly finished with nice chrome touches, and the way the exterior door handles deploy once you unlock the car remains a nifty touch. The centre-mounted hand grip is one of the coolest functional touches; I like to know that my passenger will have something to hold on to in my sports car, you know? 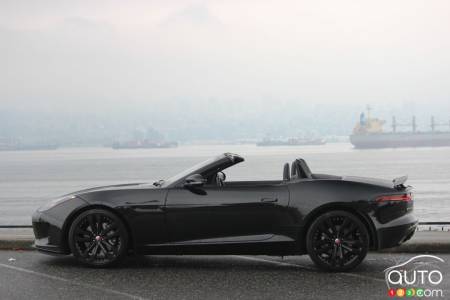 Thing is, the confines are so snug inside the F-Type that I found myself resting my hand on the handle more than I should be when cruising ‘round town; it’s just so perfectly placed for that. Otherwise, the driving position is another hit; though it’s more laid back than in a 718, it doesn’t affect your reach to the wheel. Instead, it’s just a cockpit-like ambiance befitting of a sports car with an exterior shape such as this.

I figured one thing that would have bitten the dust after the switch to four-cylinder turbo power would’ve been the F-Type V6’s signature exhaust note (the V8 version’s is a whole other animal, so we won’t go there for now), but while it’s been reduced a little here, there are still hints of what once was. It still sounds purposeful; bassy at first, then a little touring car-esque, just slightly less harsh and metallic as you move through the rev range. And you can always add switchable active exhaust so you can make it sound even louder with the press of a button.

While the 718 edges the P300 on the hp front, the Jag actually makes more torque, its 295 lb-ft edging the 718 by 15 lb-ft. Peak torque comes at just 1,500 rpm, meaning proper acceleration to go along with that exhaust note. Power comes on smoothly and while it does run out of breath a little as you near redline, you have to think that a small, turbo’d 4 is kind of what was pictured under the hood when Jag first started developing the F-Type. They’ll be happy with the end product because make no mistake: the P300 remains a red-blooded sports car that will have you pushing speed limits in no time, so you want to watch those traditional analogue gauges closely – no digital gauge clusters here – to avoid irritating the boys in blue. 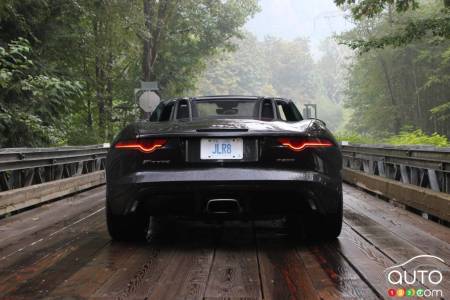 Of course, the smaller engine up front also means less weight up front, paving the way – you’d think – for a better handling package. Thing is, the F-Type’s handling was already so spot on, that it seems losing a few pounds hasn’t made a huge difference. Which is no bad thing, really; like its siblings, the P300 was a joy to take through the curves, once you get past a bit of wooliness off-centre, which is something that every F-Type I’ve sampled suffers from. What I was really happy to find out is that they haven’t really softened the P300 at all; I thought that since it was the lower power entry-level model, they might try to make it a better daily driver by changing the damper settings and so forth. They haven’t, and that’s a good thing. A very good thing, in fact.

Power is fed to the back wheels via a 8-speed ZF automatic and while it does a fine job of keeping you in the power curve, you’d think that this being the entry-level model, they’d at least offer a three-pedal set-up, especially considering that the model above it does have this option. Alas, that’s not the case and it appears there was some quarter given to making the entry-level F-Type just that much more usable as a daily driver.

What a daily it would be, though. From its styling, to its handling and interior fit and finish this is a fantastic vehicle. I think the 718 just barely edges it in the sportscar sweepstakes, but the F-Type matches that with massive curbside presence and flair.

Consult our listing of pre-owned Jaguar F-Type cars available in your region of Canada. 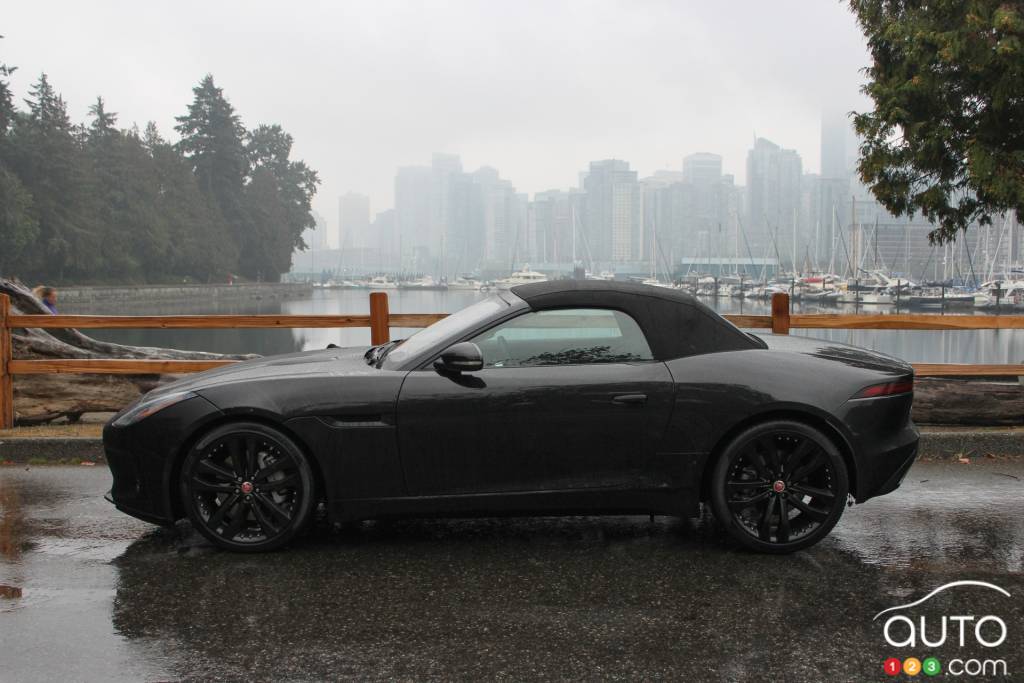 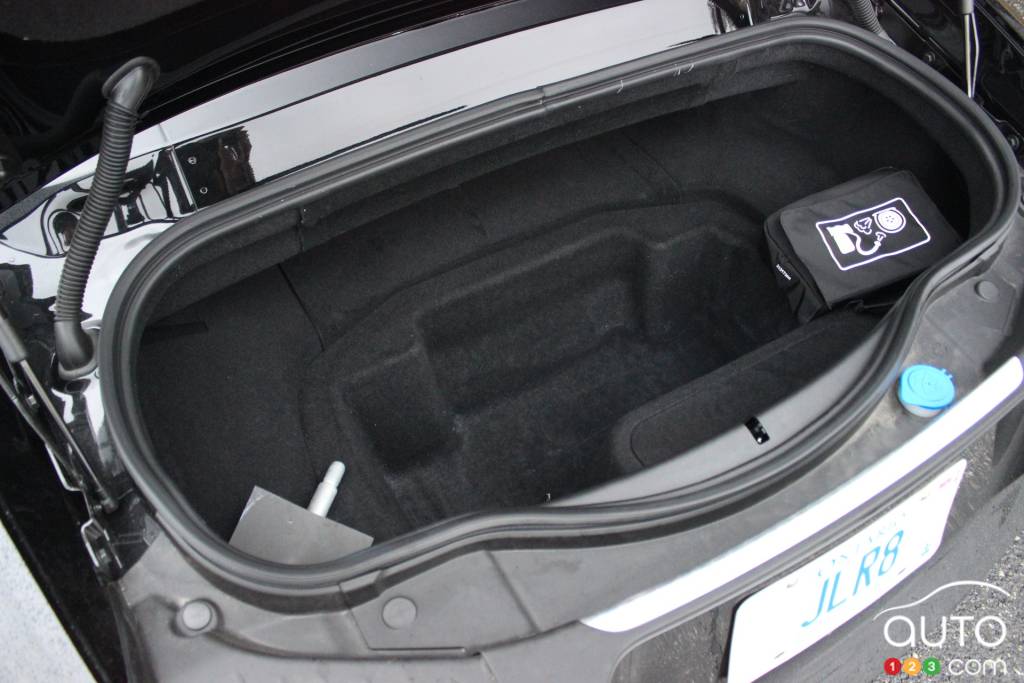 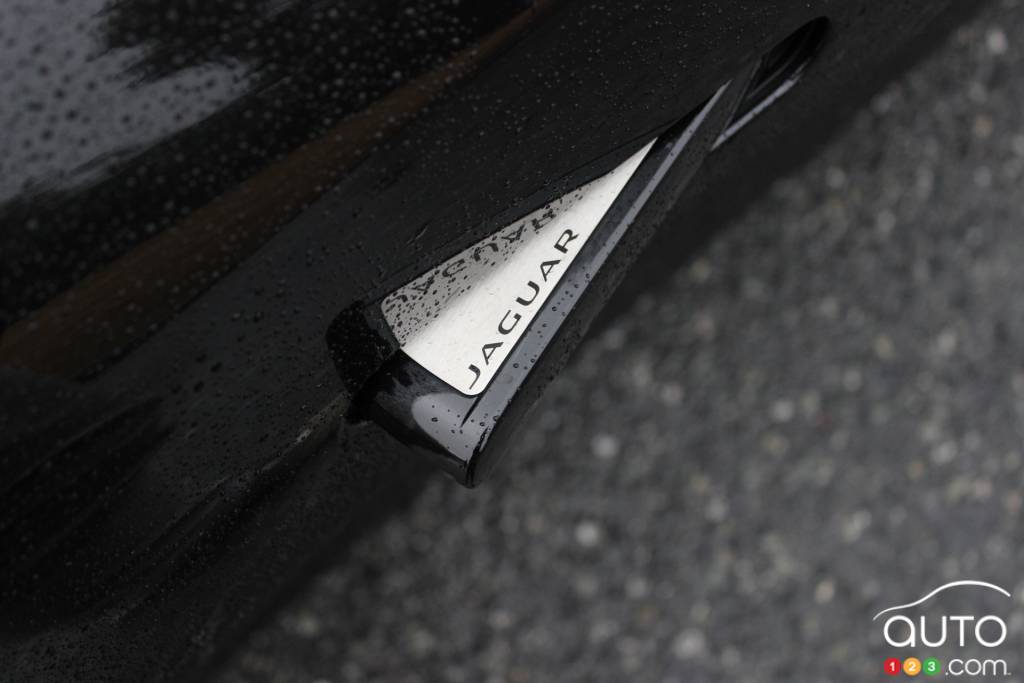 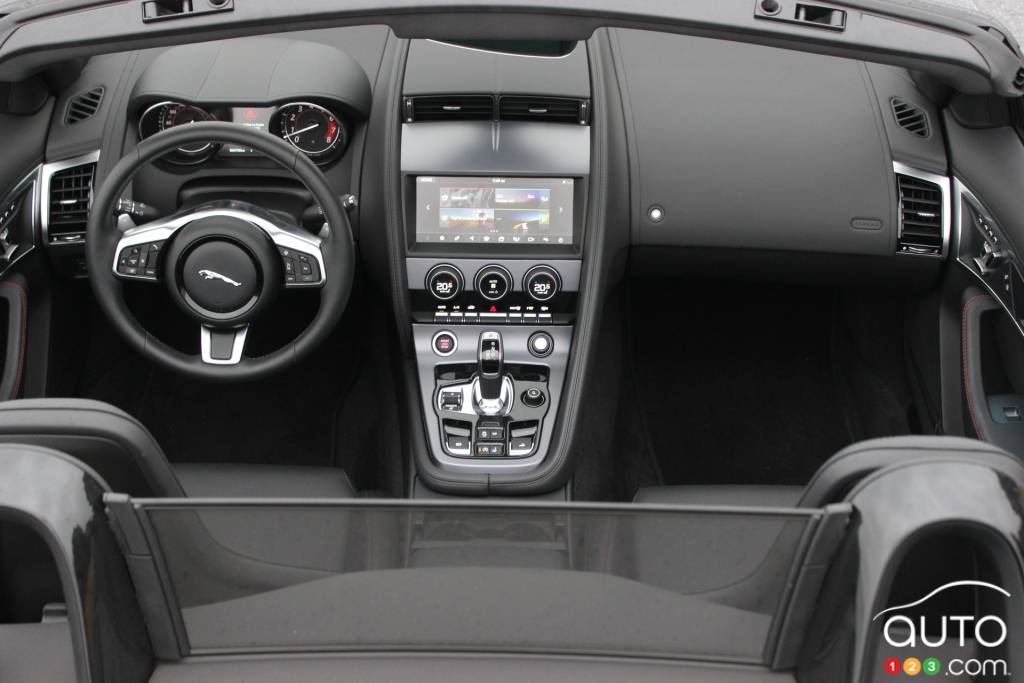 First Drive of the 2019 Jaguar I-Pace

The first electric Jaguar makes you reconsider your old assumptions. We took a first drive in the new 2019 Jaguar I-PACE in the gorgeous Algarve region of Po...