A near-brand-new 1953 Chevrolet Corvette is being offered for sale online.

When a vintage Chevrolet Corvette comes up for sale, you can bet it draws the attention of classic car enthusiasts and collectors. While any number of models are highly sought-after, for instance the 1967 edition with its 427-cc engine or the 1963 version with the famous Split Window in the back, the Holy Grail remains a 1953 model.

Why is that? Because it was the model’s first year in production and it’s also the rarest of all. In total, only 300 copies were made for this vintage.

And those that survived are hard to find. Usually, you’ll only see them inside museums; most often they’re hidden away in private collections.

One of the latter has just popped, and not just any one. This 1953 Chevrolet Corvette has hardly been driven.

And that’s because it spent much of the past 40 years tucked away in a garage.

Offered by Arizona dealership Classic Promenade, the 1953 Chevrolet Corvette is available to anyone willing to fork over the tidy sum of $249,800 USD. Incredibly, this nearly 70-year-old car has only 5,800 on its odometer. And what’s more, its history is fascinating.

According to the dealer offering it, a man by the name of Lyle Hill, then 20 years of age, bought the car in 1962. He drove it for four years and then stored it for most of the next four decades, which partly explains the extremely low mileage.

When it was stored, Hill wanted to do a restoration job on the car that was then 13 years old. But it wasn't until the early 2000s that he got around to it. The restoration was completed for the 50th anniversary of the model in 2003. Lyle Hill passed away in 2014 and the person who acquired the model went further with an upgrade that met all the specifications of the time.

That's why the car is so immaculate.

Under the hood of this ’53 Corvette sits a 6-cylinder engine. It wasn't until 1955 that Chevrolet decided to switch that unit out for a V8 engine. Incidentally, the year 1955 also saw the model produced only in very limited numbers, 700 units to be precise. In 1954, 3,640 units had been assembled. 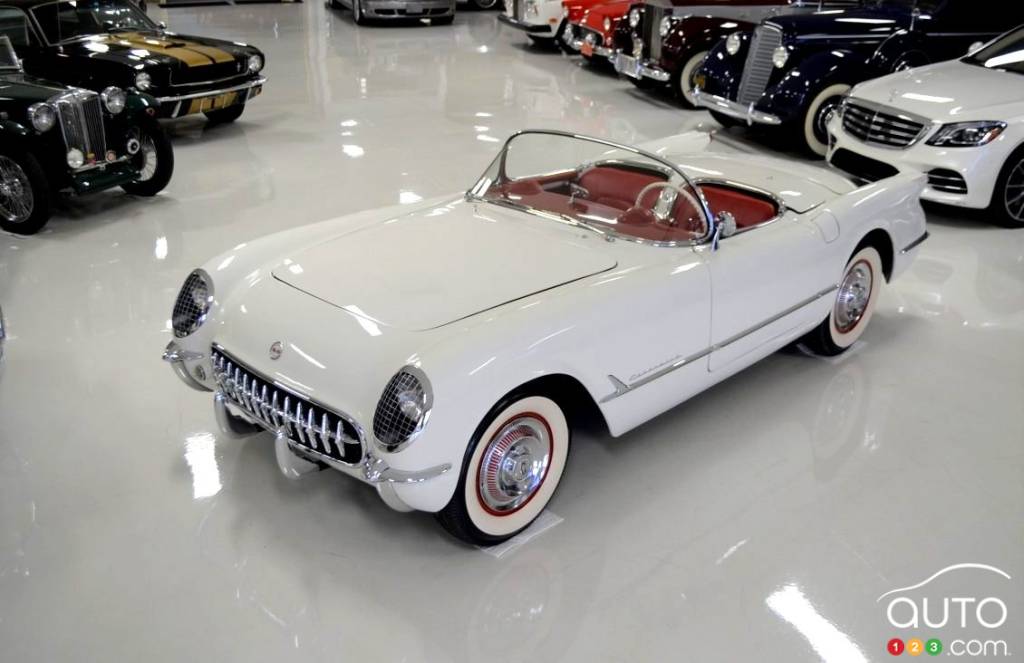 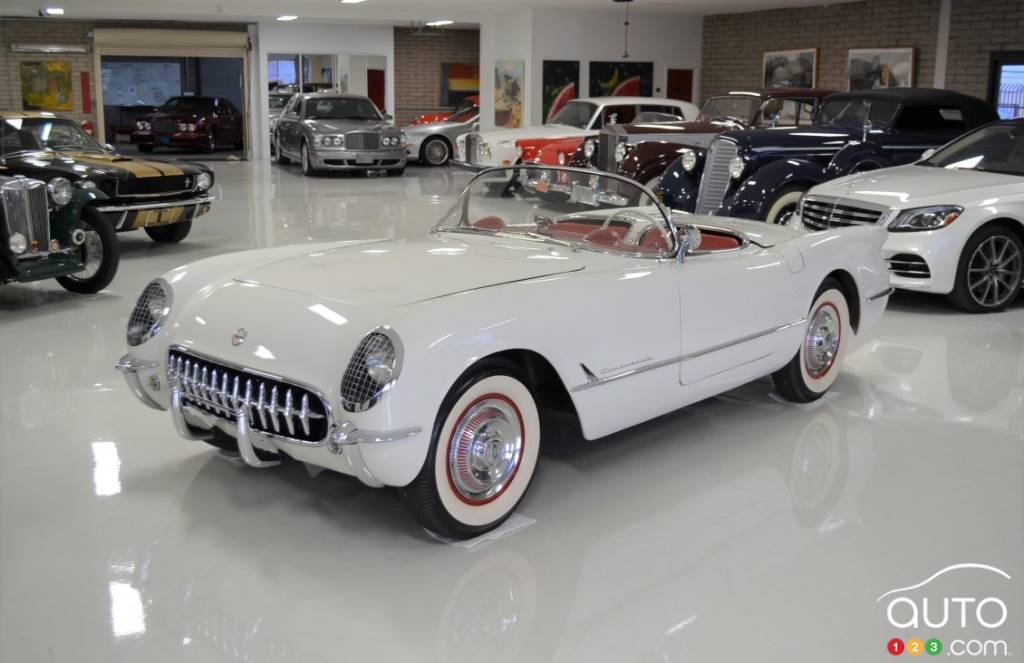 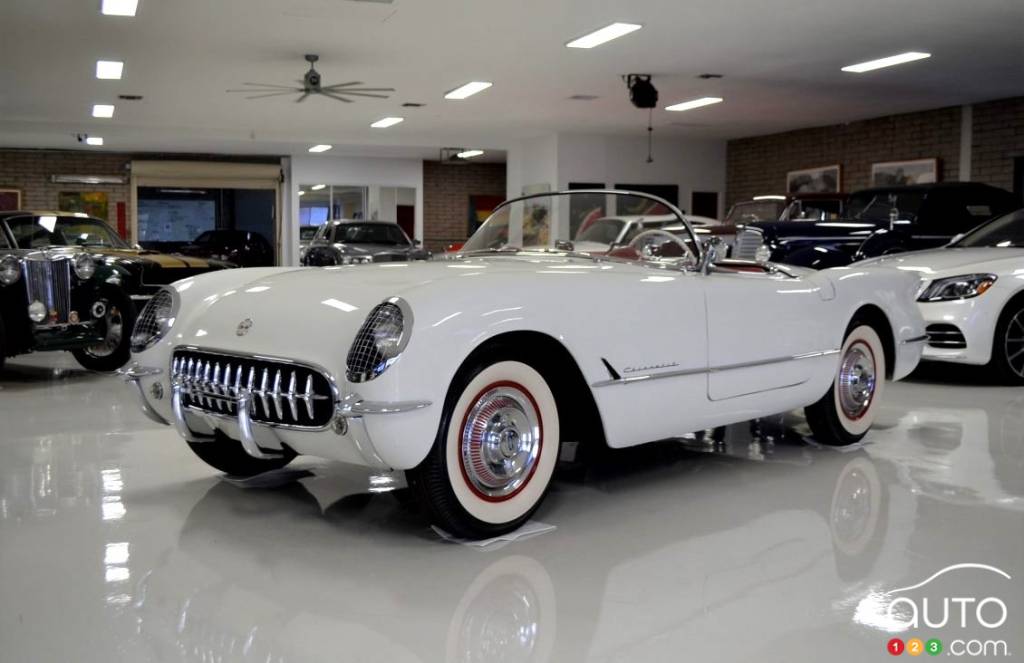 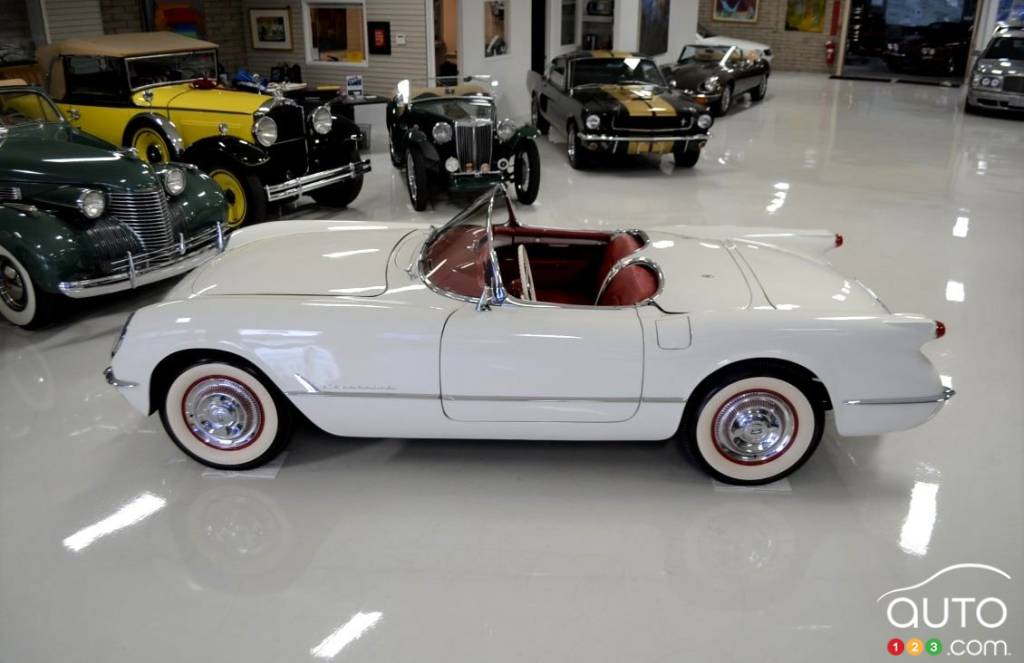