The Geneva International Motor Show is the largest annual auto show in Europe, and its 88th edition gets underway this week in the Swiss city. As usual the show will host a number of major new vehicle premieres, geared primarily for the European market of course, but featuring many models that will make it to the North American market as well.

Big names, big launches
World premieres in Geneva over the next 10 days will include some familiar German heavyweights, notably Mercedes-AMG’s new GT Coupe 4-door sports car and new 585-hp G 63 G-Class SUV, the powerful new Porsche 911 GT3 RS, and BMW’s next-generation X4 xDrive 30i, set to hit the Canadian market this coming spring. Mercedes, Audi and Volkswagen, meanwhile, are all planning on unveiling new electric car concepts; the latter will introduce the latest in its I.D. line of concepts, the I.D. Vizzion. Honda is expected to reveal the new plug-in hybrid version of its CR-V, which should be a smash with North American consumers when it hits the market here before the end of 2018. 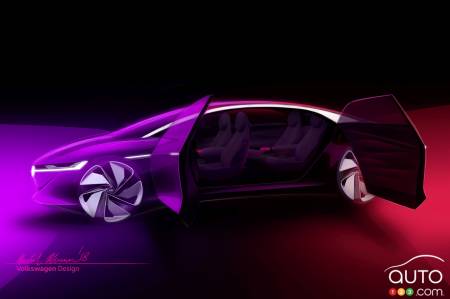 Korean premieres
Kia’s sporty new 2018 Rio GT-Line, the first images of which have just been released in the lead-up to the show, will also be making its global debut in Geneva, although no Canadian availability has been confirmed as of yet. Hyundai will be introducing its highly anticipated, redesigned new 2019 Santa Fe, while the global unveiling of the Hyundai Kona electric vehicle will delight those looking for a practical all-electric car: the automaker is promising a range of 470 km (for the long-range model). The automaker is also presenting the all-new Vision Concept, which will unveil the company’s future design language, as well as its new NEXO fuel cell car, first unveiled in Las Vegas earlier this year.

Though not scheduled to be commercialized in North America, new models and concepts from Skoda, Peugeot and other manufacturers will be lighting up the Geneva International Motor Show as well and are worth a look, if only to populate your dreams! Speaking of dreamy models, Ferrari, McLaren, Corbellati and Bentley, with its first-ever plug-in hybrid model, are among the prestige and supercar manufacturers that will be present in Geneva over the next 10 days. Stay tuned, as we’ll be providing coverage throughout!

The spectacular Mazda Vision Coupe took home the award for Concept Car of the Year at the 2018 Geneva International Motor Show. Its name notwithstanding, the...

The new fourth-generation 2019 Hyundai Santa Fe got its world public premiere at the 2018 Geneva International Motor Show this week, alongside the brand-new ...