Estérel, QC – This week we are getting our first turn at the wheel of the all-new 2020 Toyota Supra. Along with the test drives on road and on track, we also took part in a media presentation put on by Toyota Canada.

We’ll of course have a full review of our first drive encounter this week, but we did get one important detail from Stephen Beatty, Toyota Canada’s VP and Corporate Secretary that raised a few eyebrows.

The executive confirmed that only 300 units of the new sports car will be delivered for the Canadian market in the 2019 calendar year.

Let’s agree that seems a mighty small total for a model that’s generated a ton of interest. 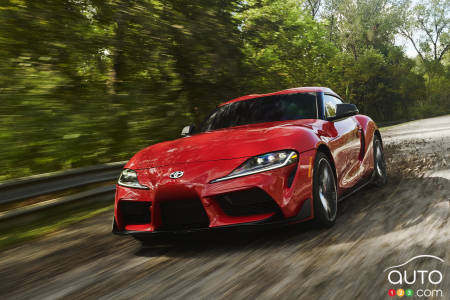 Pressed on the number, Beatty explained that Toyota is in the habit of treading gently when introducing a new product, mainly in order to build to a strong finish in the last years of a model generation’s lifespan. He added that the model is being rolled out globally and that many markets had to be supplied.

Toyota is thus dipping its toes into the market with the Supra instead of diving in headlong. It has every right to do so, and time will tell if its strategy proves the right one. In 2020, the company says it projects bringing between 500 and 600 models to market in Canada.

What’s more, not all brand dealerships will be certified to sell and maintain the Supra. Toyota Canada did say that over 200 affiliated dealers have received that certification.

As for the limited distribution we’ll be seeing over the next six months, it’s clear interested buyers will have to move quickly to reserve their Supra. Where a buyer makes their request might also have a bearing on whether they get one. Those living in large urban centres may find they’re competing with numbers of other buyers, while those living in more remote areas may actually have a better chance of getting their hands on the car. 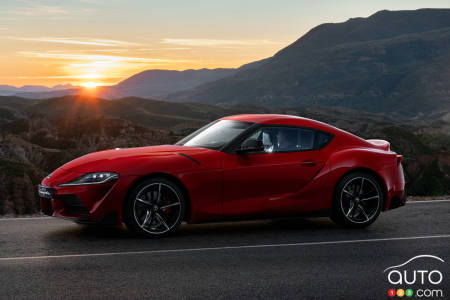 This week we also reported on the possibility of an eventual Targa-roofed version of the car. Toyota is confirming nothing about that for the moment, but the company will evidently want to see how the Supra does on the market before it greenlights any new variants.

The door is open to many possibilities regarding the Supra, however.

It’s just a shame for us journalists gathered at the first drive event of the Supra that a manual gearbox is not one of those possibilities.

Stay tuned for our review. 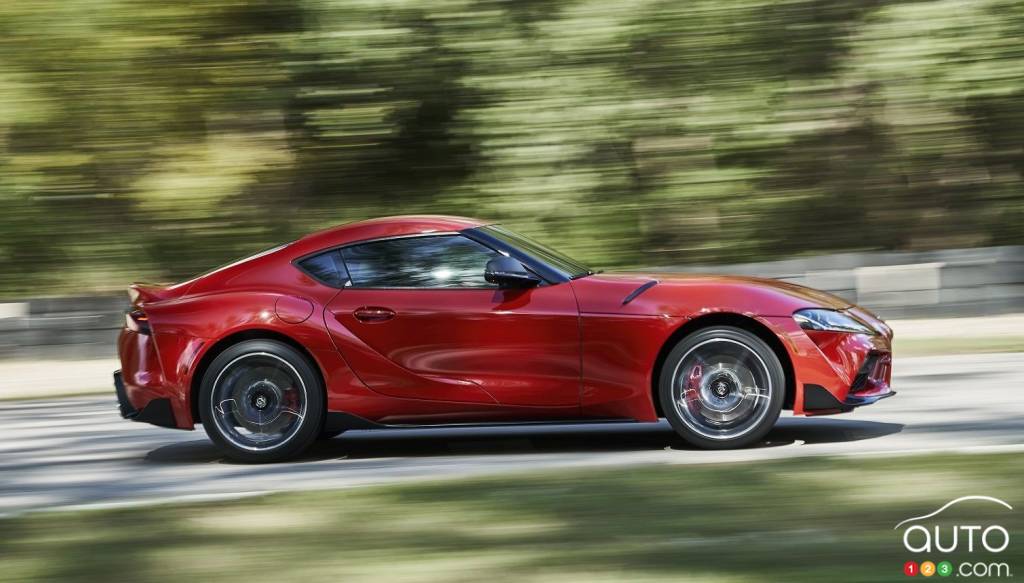 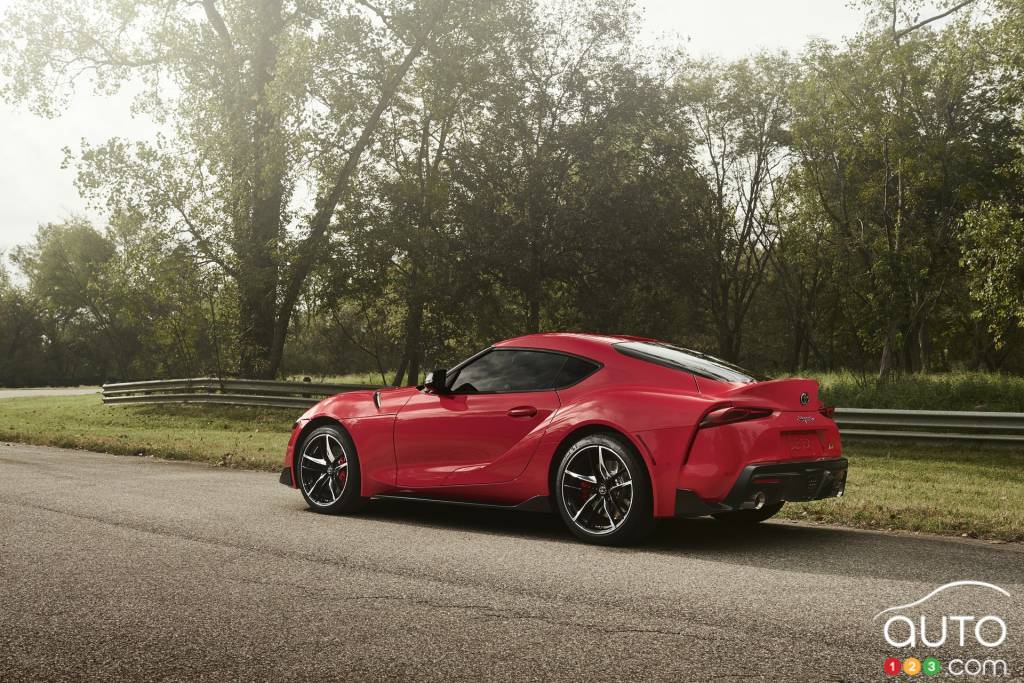 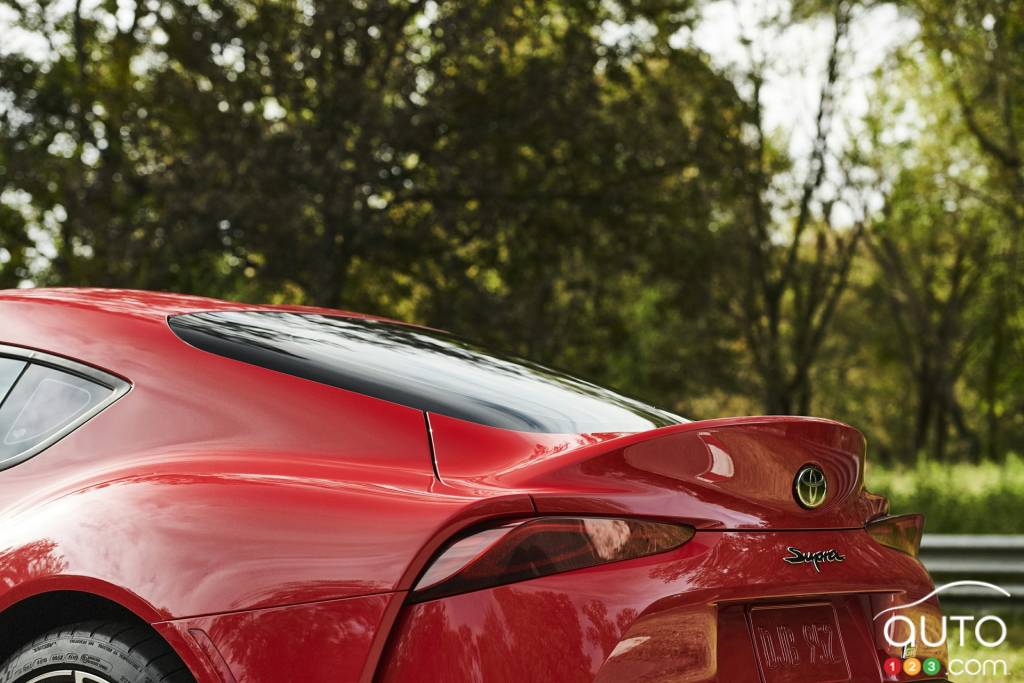 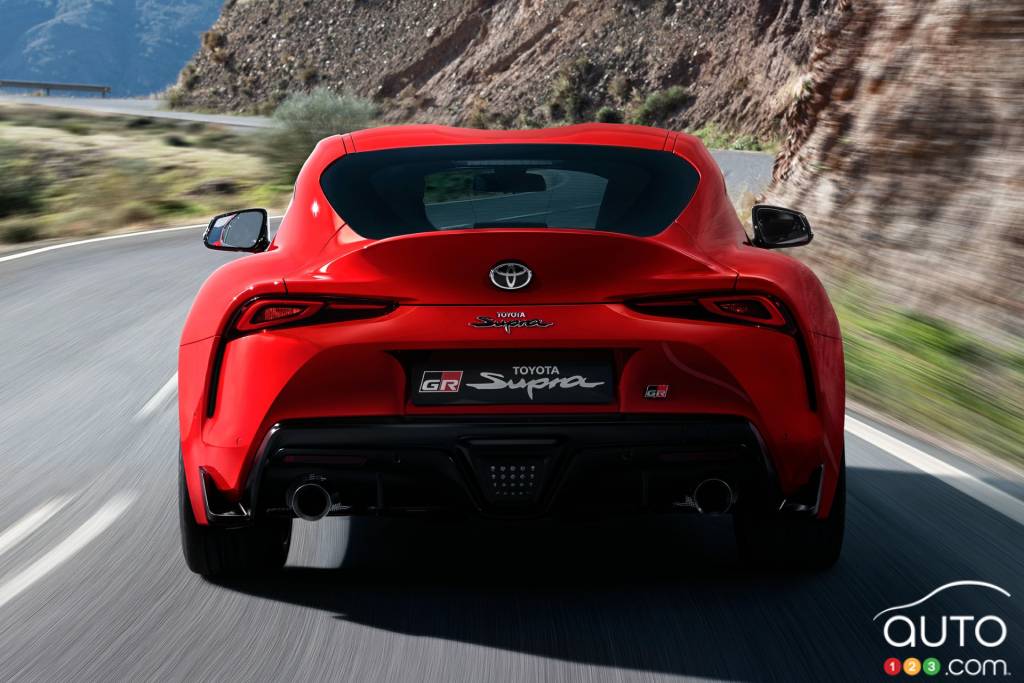