Normally, the first two weeks of December are very active in the automotive industry. Many of the auto manufacturers put on year-end presentations and provide news about upcoming products scheduled for the next 12 months.

The action is not quite the same this year, although that doesn’t mean there’s a shortage of news. The big difference is that we, the media, are now a passive audience due to the pandemic, awaiting news as automakers deem fit to provide it. Makes it harder to get out ahead of the news, if you will. And now, with the second half of December coming up, it's going to be quiet across the industry.

Don't be surprised then to see more items such as this one, as each company tries to promote the arrival of one of their vehicles for the next year. In this case, we're talking about the Chevrolet Bolt EUV SUV, which is set to make its debut somewhere in 2021 with start of production scheduled for next summer. The automaker this week released teaser number three to whip up interest in the model. 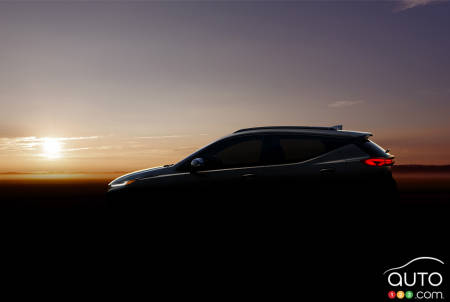 So far, we've had a dark image of the profile, as well as one of the dashboard. This time, we get a peek at the headlights, which boast fine and detailed styling, right down to the blackened "Bolt EUV" logo. They will be equipped with sequential turn signaling and LED daytime running lights.

Proof of just how difficult 2020 has been for everyone: here we are getting all excited at the sight of headlights! But seriously, many are anticipating the arrival of this vehicle that should be a major player for Chevrolet.

The Bolt EUV will be assembled on GM's BEV2 platform instead of the structure designed to accommodate GM's Ultium batteries. Super Cruise semi-autonomous driving technology will also be on board. This technology can now be activated on more than 300,000 km of roads and highways across Canada and the United States.

Be sure to check back often between now and the end of the year when we'll have the opportunity to take a look at other electric vehicles that are expected in 2021, including a list of what's in store for us in a very popular segment. 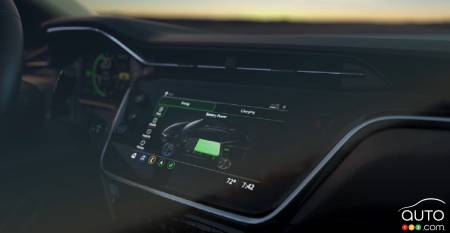 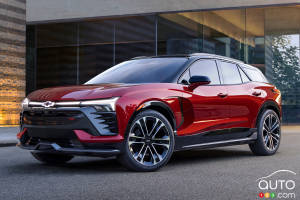