Cadillac's first all-electric model, the Lyriq, is set to make its official debut in late June. But already, GM’s luxury brand is hard at work on the follow-up to that SUV, which will take the form of a premium hatchback sedan.

The Cadillac Celestiq isn’t ready to join its EV sibling in the lineup just yet – we’re looking at a 2025 launch. Still, the automaker is intent on whetting appetites as much as possible, and so we get a few new images showing a little more of the model.

These images are of the prototype that that will evolve into the production model to come, so we know not everything will be retained, especially items like the huge wheels.

The Celestiq sedan will compete with models like the Tesla Model S and the Mercedes-Benz EQS, among others. It seems to feature a longer hood and borrows some styling cues from the Lyriq SUV, for example as the L-shaped headlights. Interestingly, a lighted logo on the fenders seems to be a nod to the hood ornament known as the Cadillac "flying goddess", which features prominently on pre-war models. 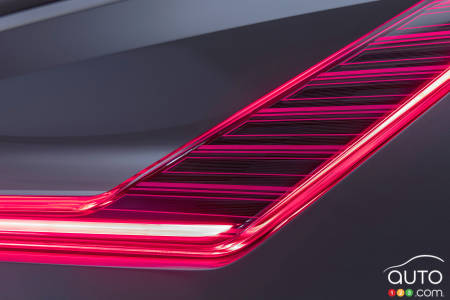 Time will tell what gets kept with the production version, but we do know that with the Lyriq, there weren't too many changes between the concept and the version about to start appear on roads here and elsewhere.

On two other images that are less obvious to deconstruct, we can see metal parts that are textured. On one bolt appears the Cadillac "Standard of the World" maxim. This was adopted and used from 1908 onwards following the receipt of an engineering award recognizing Cadillac's precision work.

For the rest, we know that the Celestiq will come in a hatchback configuration and get four-wheel steering, all-wheel drive (thanks to the presence of two motors), transparent glass roof and a screen that extends across the width of the vehicle in place of the traditional dashboard. The model will of course be based on GM's new Ultium platform. As with other models that use it, a battery with a capacity of about 100 kWh is expected, as is the Super Cruise semi-autonomous driving system.

No doubt, one of the jobs of the Celestiq will be to wow potential customers and lure them away from luxury rivals. We'll start to see how successful it is in that regard when a concept version is presented in full - which should happen in the near future. 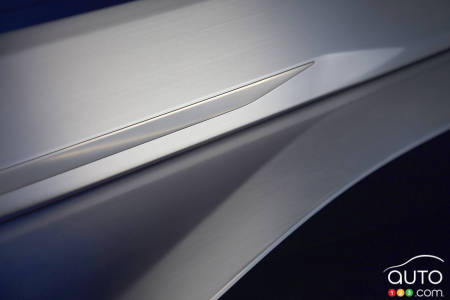 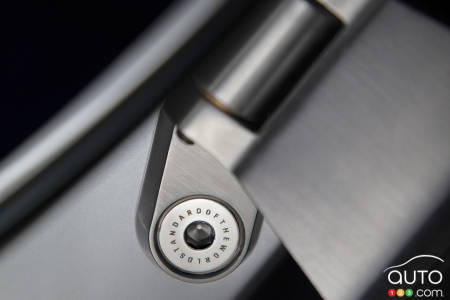