In the spirit of last year's A6 e-tron study, Audi is at it again, this time with the A6 Avant e-tron concept, a wagon variant of the electric A6 sedan that's expected to arrive in 2024.

The least we can say is that the model is well-equipped to seduce not just wagon lovers but also those who have resisted the format until now. The design is a veritable ode to the wagon. It essentially mirrors the dimensions of the RS6 Avant, though it’s a bit wider and closer to the ground. In fact, Audi's advertised drag coefficient is an impressive 0.24.

Aesthetically, a few things stand out. The front grille, for example, hides air intakes for cooling the battery, engines and brakes, as well as curtains to channel air around the sides of the vehicle. Compared to the A6 e-tron sedan, the rear diffuser has more pronounced tunnels to reduce lift. The whole thing is pretty spectacular. 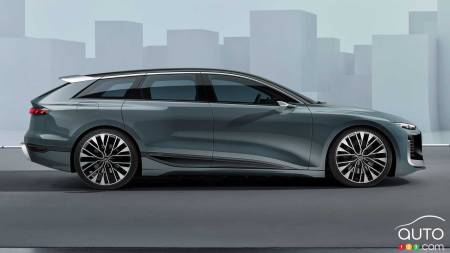 The A6 e-tron and the Avant version of the model feature the Volkswagen Group's PPE platform, which will also serve as the basis for the electric Porsche Macan and the Q6 e-tron SUV from Audi. The new platform promises an 800-volt architecture and a charging capacity of up to 270 kW. According to Audi, this will allow the recovery of about 300 km of range in just 10 minutes, provided that it is connected to a fast terminal. To increase the capacity from 5 to 80 percent, a time of 25 minutes will be required.

As with the sedan, the A6 Avant e-tron gets two electric motors that produce a total of 469 hp and 590 lb-ft of torque. That helps deliver a time of under 4 seconds for the 0-100 km/h. The EPP architecture allows for single-motor rear-wheel drive and dual-motor all-wheel drive configurations. Air suspension, 22-inch wheels and cameras in place of side mirrors characterize the model presented. Note that such cameras are not yet legal in Canada. Audi is aiming for a range of around 600 km with this model, but we're talking about the European cycle. Let's imagine something like 500 km here. 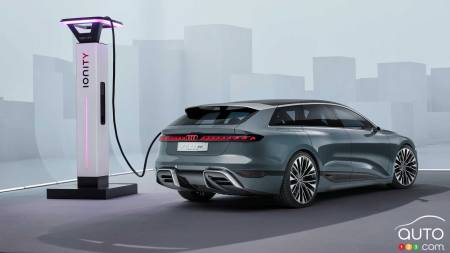 And if you're thinking that, unfortunately, the lines of a concept car rarely make it to the final version, you'll be glad to know that Audi says this concept is at about 95% of its production-model design.

As for a possible North American release, the company isn't closing the door to it, but in the short term, it is not scheduled for launch here, according to reports. 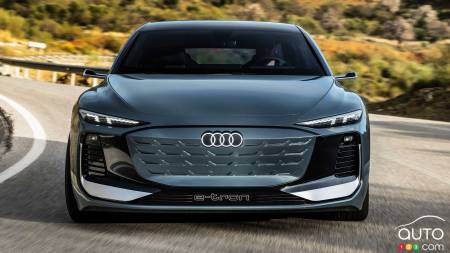 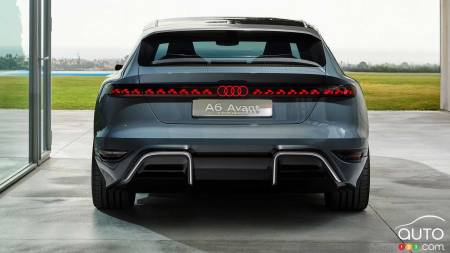 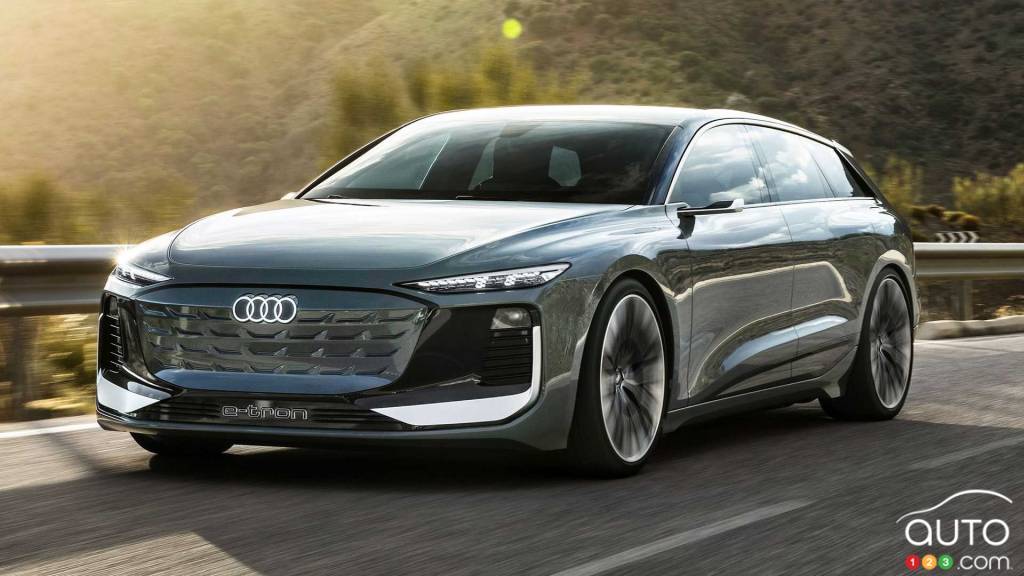 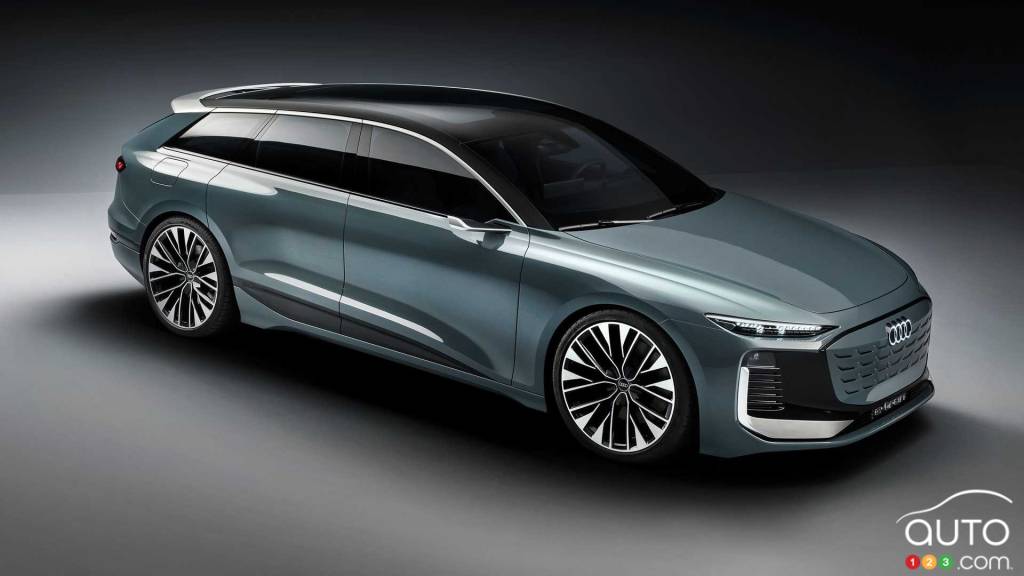 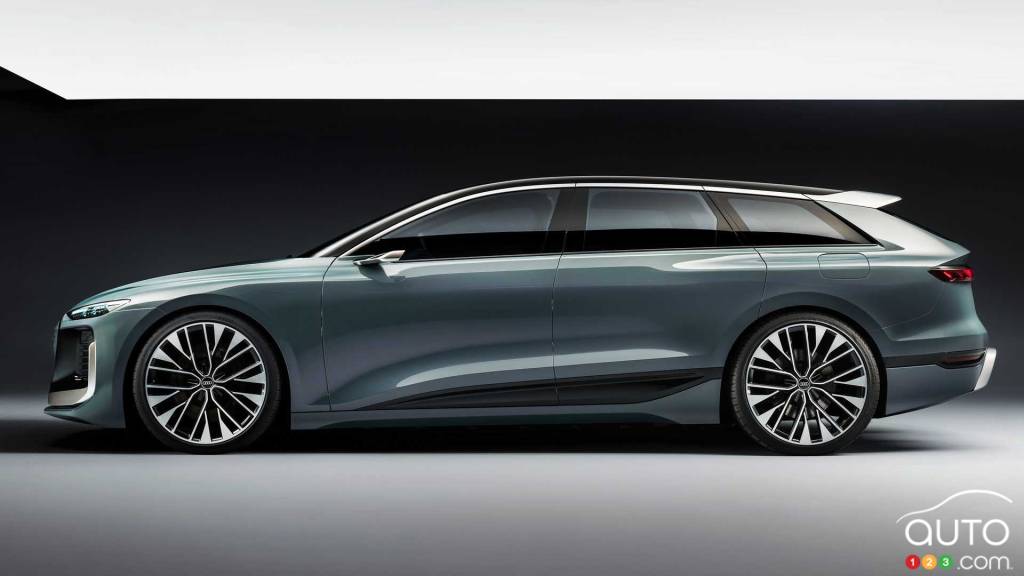 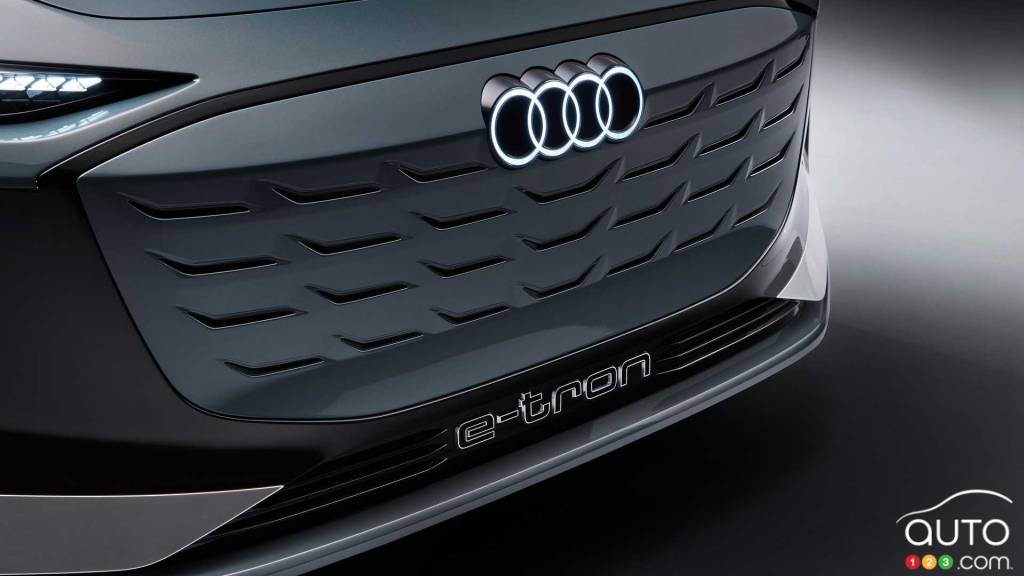