The electric shift is well underway across the industry, and it’s not likely anything will derail the transformation at this point. All automakers are investing in new technologies and making bold promises to transform their lineups into all-electric models. Some have set deadlines for this transition, with 2030 or 2035 the most common targets.

However, there are dissenting voices across the industry. Under cover of anonymity, some company representatives have told us that they do not believe in the dates being put forward by authorities and auto manufacturers, and that in their view the best route ahead does not involve an all-electric shift. One of these voices is not anonymous, not anymore, and it’s not just any voice. Indeed, according to Stellantis CEO Carlos Tavares, the rush to electrification is mostly a political one, and that could bring risks.

Automotive News reports that Tavares told a European press briefing that “the brutality” of banning internal combustion engines in Europe in 2035 could create a “social risk”. The deadline forces automakers to quickly transform their factories and supply chains to meet new government regulations. Stellantis had promised not to close any European plants, but Tavares also says the company needs to “remain competitive”. 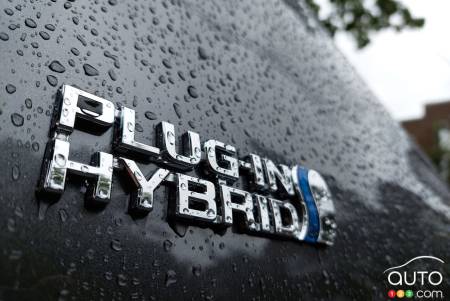 Tavares also pointed out that there are better ways to reduce carbon emissions, solutions that are cheaper and faster than switching to electric vehicles. He said an electric vehicle needs to travel about 70,000 km to start offsetting its carbon footprint. Lightweight hybrids could significantly reduce those emissions while being cheaper for customers to buy and for manufacturers to design and manufacture.

Stellantis announced last year that it would invest more than $30 billion USD in electrification through 2025. The 14 brands the auto giant owns will offer fully electric solutions. The automaker’s plan calls for the introduction of 20 electrified models by the end of 2023. Some divisions such as Alfa Romeo and Lancia will become heavily electrified as early as 2027.

On March 1, Stellantis will unveil a new long-term strategic plan. We'll know more about what's in store with this company then. At home, Chrysler's fate is of course of interest, especially since the company recently presented the Airflow concept, a model that has caused quite a stir.

We'll get back to you with all the details regarding Stellantis’ path going forward when the calendar flips to March.

An EV Battery Shortage Is Possible as Soon as 2025, Warns...

According to Stellantis boss Carlos Tavares, an EV battery shortage is a strong possibility by 2025. The executive also warned that extracting the materials ...