Ford is sparing no effort to make its turn to electric mobility a success. The company will officially present the E-Transit van this week and it has made several announcements backing up its talk with investment money.

And the announced models keep coming as well. The company confirmed this week that it will produce another new EV that will share the platform on which the Mustang Mach-E is based; the model will be assemble at Ford’s plant in Cuautitlán, Mexico.

For now, the identity or form that this vehicle will take remains a secret, as do the markets in which it might be offered. And it's hard to speculate, because the platform is so flexible that it could be a car (like an electric Mustang) or a large SUV.

In addition to the Mach-E and this new model, there’s also the electric F-150 on the way, which will be built at the Rouge plant in Dearborn, Michigan, as well as the E-Transit van that will be assembled at Ford's Kansas City plant.

At the same time, Ford said this week that interest in the electric F-150, expected on the market in 2022, is strong enough that planned production capacity is being upped by 50 percent. This means an additional 200 permanent jobs on top of the 300 jobs previously promised for the electric F-150 series. The automaker will also invest $150 million to add production of electric vehicle engines and transaxles at its Van Dyke transmission plant near Detroit; this move will mean 225 jobs there are conserved.

We also learned that the company does not plan to offer electric versions of the Super Duty series pickup trucks - at least not for the moment, if only because it's difficult to project too far into the future at the speed at which things are moving forward with electrification.

One thing is sure: there will be quite an array of models carrying the Blue Oval badge coming down the pike in the near-future. And this trend will be – is being - repeated throughout the industry. The automotive landscape we know is changing before our eyes, and it will change even more radically over the next five years. 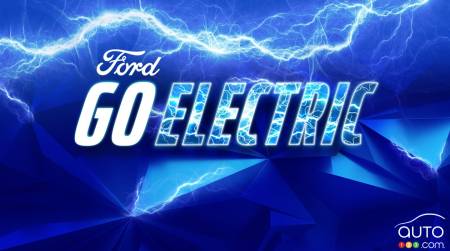 Ford could delay launch of some new all-electric models so it can produce more of the highly in-demand Mach-E. According to Automotive News, production of th...