We’ve a wide range of new electric vehicles announced and presented in recent months, but with few exceptions they come with steep price points attached. Ford, not for the first time, says it wants to do things differently, specifically by offering more affordable models.

In fact, that was the exact strategy that allowed the company to revolutionize and car industry and make itself into an automotive giant over a century ago, with the iconic Model T. It has experience in making new vehicles that are accessible to the masses.

With CEO Jim Farley at the helm, Ford seems to be returning to an old playbook. In a recent interview reported by Wards Auto, he said that the company he now runs is not interested in selling electric vehicles priced over $100,000.

In fact, Farley said Ford's electric vehicles will be priced between $20,000 and $70,000 (USD), which is relatively affordable compared to luxury brands such as Porsche, Tesla and Mercedes-Benz, among others.

Even GMC with its electric Hummer is announcing prices around $100,000. 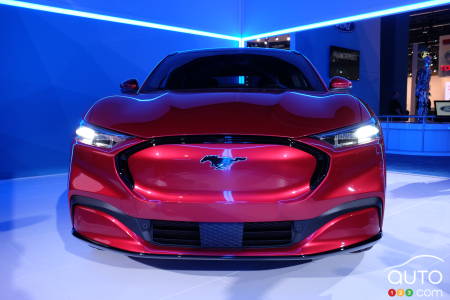 The Ford Mustang Mach-E is in the price range targeted by the Michigan automaker. Of course, a few adjustments would be required to get its pricing into that range in Canadian dollars, but you get the idea.

And should Ford manage to deliver an electric car for $20,000 USD, that would make it more affordable than anything currently on offer, even north of the border. Realistically we’ll be looking at models offering less range to start with, but still.

And we know that Ford isn't going to stop there. Ford will unveil its electric-powered E-Transit commercial van on November 12, and we're of course expecting the electric version of the F-150 pickup to make its debut. In the latter case, we'll certainly be closer to the $70,000 mark for the base version.

The key to Ford reaching its goal is for the cost of producing EVs overall to come down in the next few years. Many analysts predict that within five years, the cost of a gasoline-powered model will be the same as the cost of the same model with an electric motor.mach-e

On that day, we will start to see sales of electric vehicles soar. 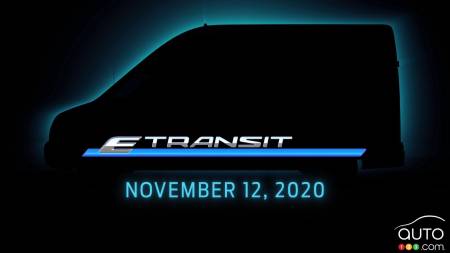