Every fall, the Specialty Equipment Market Association (SEMA) show is a very popular event, and certainly one of the most anticipated for automotive enthusiasts in North America. Manufacturers attend to showcase the potential of their models and give an idea of what equipment owners can add to their vehicle once it leaves the showrooms. The after-market offers endless possibilities for people who like to customize their vehicles.

Those attending the 2022 event will notice a notable absentee this year. American giant automaker General Motors (GM) has chosen not to participate in the show. This was first reported on by Muscle Cars & Trucks website, which noted the absence of Chevrolet on the show floor plan. Only a Texas Chevrolet dealer will be present, according to that floor plan.

The Motor1 website contacted Chevrolet to find out for sure, and here’s the response they got from GM:

“GM has made the decision not to participate in the 2022 SEMA Show. The SEMA show has always inspired us, and accessories and performance parts remain an important part of our business.”

Chevrolet doesn't explained exactly why it’s pulling out of the event, but there has been a shift across the industry in the last few years in manufacturers' attitudes regarding participation in automotive events. Clearly, the expenses involved are considerable, and the internet provides a very affordable alternative that many see as delivering the same results in terms of visibility. Sadly, the losers in that calculation are automotive fans, who enjoy visiting in-the-flesh car shows and are finding ever-fewer cars there. 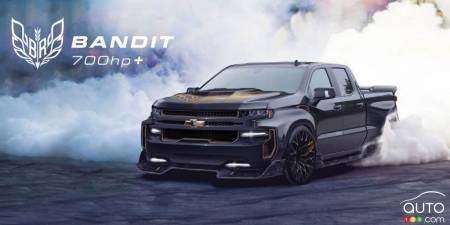 GM is not the first manufacturer to announce its withdrawal from SEMA either.

SEMA itself announced last year that Ford and Honda would not be showing vehicles at this year's show. A change in corporate strategy was cited as the main reason for the withdrawals.

Ford offered an official statement to Motor1, saying it is reviewing and refining its approach to this type of event to better reach out to customers and highlight how it can customize its Ford vehicles. The company explains that it will be present at SEMA via selected exhibits and online.

Honda has yet to make an official statement. Will Acura dare to show up with its 2023 Integra this year? It's a great opportunity, but then again, if the entire Honda group is revising its strategy, we’re not likely to see the new Acura family car on the show floor.

The SEMA show will survive the withdrawal of some manufacturers, because consumers will still be interested in customization, but the event may lose some of its luster.

These Vehicles Offer the Best Residual Value in 2022, Acc...

The models with the best residual values on the market, as determined by the ALG Group, part of J.D. Power, have just been announced. You won’t be shocked to...

Digital Dashboard and Super Cruise Coming to the 2022 GMC...

The 2022 edition of the GMC Sierra is getting major tech enhancements, including the addition of Super Cruise technology. That Cadillac-developed system allo...