At the same time as certain regions of the planet increasingly embrace electric mobility, sales of pickup trucks have never been so robust. Traditionally – and still – geared in large part to entrepreneurs and companies, these models serve more and more as family vehicles and even luxury items for large numbers of consumers.

And of course, manufacturers spare no effort in trying to satisfy and hold on to their clientele. They sell huge numbers of them, and the profit margins are sky high.

Take General Motors. The company has just announced that it is spending $24 million USD to update and refit its assembly plant in Fort Wayne, Indiana. The goal? Increasing production of the Chevrolet Silverado 1500 and the GMC Sierra 1500. For the most part, the boost in production will concern full-size Cabin Crew versions of these models.

"We are building Chevrolet and GMC crew cab pickups at record volume and mix levels to meet customer demand and the $24 million investment will allow us to build even more. Crew cab sales have been very strong, and we are expanding customer choice with new models, more cab choices and innovative new powertrains.” 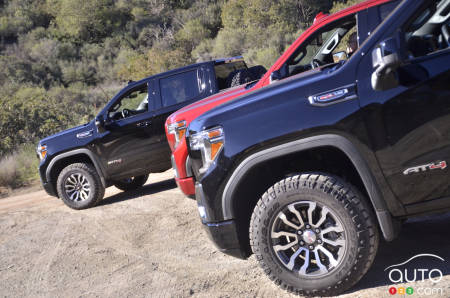 Coincidentally or not, this announcement comes the same day as Ford confirmed it is boosting the offering of diesel variants of its F-150 line of pickups.

General Motors says that demand for the manufacturer’s Cabin Crew variants is up 20% this year to date. The company expects demand to jump even more in the second half of 2019.

It’s expected that the upgrades to the Fort Wayne plant will be completed by the end of summer 2019.