For several years now, the first major trade show of the calendar year has been the CES (Consumer Electronics Show) in Las Vegas. While the event is not a car show per se, with the new technologies that are sprouting on the market – and in passenger vehicles - it is becoming an can’t-skip event for car manufacturers.

In January 2021, the event will go virtual due to the pandemic, but that doesn't mean it won’t make a splash. Bloomberg has reported that General Motors CEO Mary Barra will give the opening speech at the event on January 12. But that's not all - GM will also preview some concepts, technological innovations and new products.

For one, Bloomberg believes a plug-in hybrid version of the Chevrolet Silverado will be unveiled at the event. GM will also showcase "some Cadillac models" and vehicles from other GM brands. A reworked version of the Bolt, as well as the Bolt EUV SUV, scheduled for launch next summer, could each make an appearance. 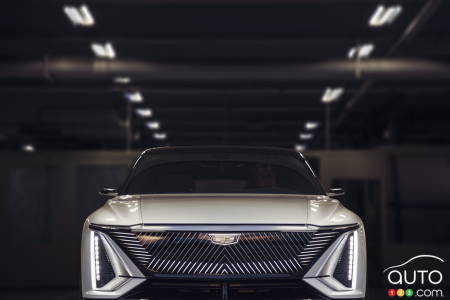 There’s also speculation that CES will serve as a showcase for GM's Ultium battery technology, which will power any number of GM electric vehicles in the future. The company is aiming to commercialize 20 new electrified vehicles by 2023, and 30 by 2025.

For those still be able to remember the pre-pandemic days, at the 2020 CES event this past January, GM presented two major electric models: the 2022 GMC Hummer EV and the 2023 Cadillac Lyriq.

GM Confirms It Will Deliver an Electric Pickup by Fall 2021

Not wanting to be left behind by Ford and especially Tesla after the latter’s presentation of the Cybertruck all-electric pickup, General Motors has confirme...

A sketch shared by General Motors' design department shows an early conception of what the future electric Chevy Silverado pickup truck might look like. If t...