A new report sheds light on the internal back and forth that continues to rage at General Motors over whether or not to go ahead with a GMC-branded subcompact SUV.

Internal sources have told the GM Authority website that the company has still not given the green light to what would be called the GMC Granite. The new tiny utility model would be roughly similar in size to the future Buick Encore GX and Chevrolet Trailblazer, and therein lies the rub: the fear is that a GMC product would cannibalize sales of those brand-new models just as they hit the market.

What’s more, the theoretical Granite would be built on the same VSS-F Platform as the other two models.

Recall that GM produced a prototype called the Granite back in 2010, which it presented at that year’s Detroit auto show, and which was intended to lead to a small SUV slotting beneath the GMC Terrain in the GMC lineup. That model never advanced past the concept stage, however. 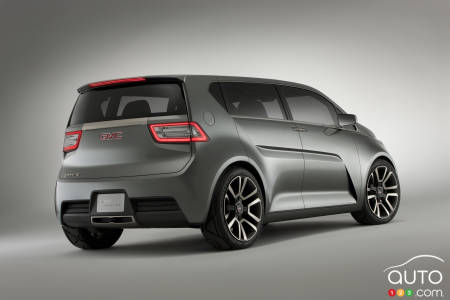 But the idea – and the name – never quite died a definitive death, in fact this spring the automaker filed to trademark the Granite name for the fourth time. And with demand continuing to skyrocket globally for subcompact crossovers, there may well be room in the segment for one more GM-produced model.

And as GM Authority reports, GMC boss Duncan Aldred has said that he believes a subcompact SUV would a logical fit within the brand’s lineup.