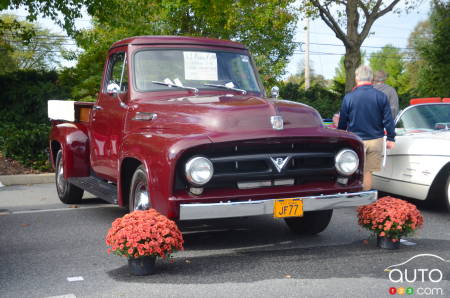 The F-250 name first appeared on a Ford in 1953. Prior to that, between 1948 and 1952, the F-2 name was used to designate the three-quarter-ton models. You could in 1953 drive off from a Ford dealership in a brand-new truck identical to this one for $1,450, which seems absolutely incredible to us today.

This model was powered by Ford's famous flathead V8 engine, a powerplant that set the standard when it first hit the market in 1932. Its power output with this model was 106 horsepower. 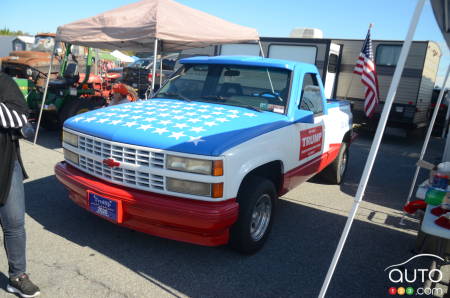 The American elections are coming up. Here's one of them showing his colours. Would you dare?