It wasn’t very long that purists were decrying the arrival of the first Jaguar SUV, the F-Pace. Of course, like Porsche and others, the company has produced several more utility models since then, and the latest it is working on, likely to be named the J-Pace, is expected to be ready within a couple of years.

Details of the model are gradually filtering out, and the latest bit of info comes courtesy of website Autocar, which has a new report regarding the powertrain expected for the J-Pace.

We already know the future SUV will sit on the manufacturer’s MLB platform, which will underpin all new Jaguars as of 2025. It modular nature means it can accommodate more than one type of powertrain. The J-Pace would be the first of three vehicles to get this aluminum base; reports are that the others would be a Land Rover SUV and an electric-powered sedan that would replace the current XJ.

One of the more interesting aspects of the J-Pace is the management system for the all-wheel drive. Essentially, electric motors will be used to power the rear wheels. This eliminates the need for a transmission tunnel, freeing up a lot of space inside and allowing for a flat floor. Plus, the use of electric motors to provide rear-wheel power will allow for improved handling and traction.

The smoother undercarriage permitted by this system also means better efficiency for the powertrain, and increased range in electric mode. While that’s great enough news for an all-electric version, it’s even more promising in the case of the plug-in hybrid system that’s also said to be in the works.

There’s lots more than remains unknown about the future J-Pace, for example what kind of conventional engine it will get to go with the electric-motor system, and whether the vehicle will be offered with just that conventional engine, without any electrical support.

Jaguar’s new SUV is scheduled to be ready in two years. We expect to see more information about it filter out in the coming months. 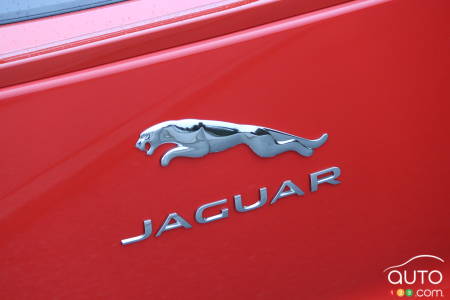