The Kia Stinger performance sedan was developed just as the global, long-term trend away from sedans towards SUVs was gathering steam. Now, it appears quite possible that the first generation of the highly touted Stinger could prove to be its last.

At the recent Frankfurt auto show, Gregory Guillaume, VP and head designer for Kia in Germany and one of the designers behind the Stinger car, acknowledged that global sales of the model have not met expectations at the automaker, and that the North American market has proven to be particularly disappointing:

“At the moment I’m not sure it’s doing as good as we hoped… We never really expected to do massive volumes. It was a halo car. We did want to be successful at least in America, the market where we thought there is a chance that it works.”

The VP expressed the hope that Kia will stick with the Stinger for at least one more generation, to give it time to crack what is after all a brand-new segment for the brand. The company has not made any decisions regarding the future of the model, and there is even talk that it may go electric in some form. 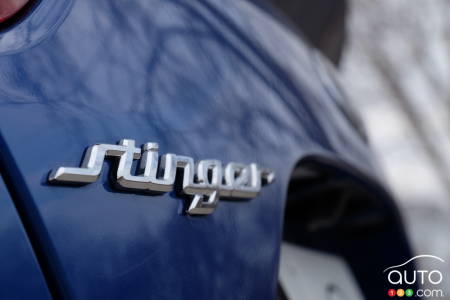 Ironically, the Stinger has won its share of awards since being introduced in 2018, both for its design and for its performance capabilities. It may be, however, that the model will be remembered for being part of a last generation of short-lived sedans cursed with atrocious timing, developed just as the format started to tank.

Gregory Guillaume also pointed to the idea of a brand deficit whereby customers are loathe to spend premium-car money on a premium car from a mass-market manufacturer that doesn’t have the cachet (or eventual resale value) of an established premium brand. Hyundai’s luxury brand Genesis has suffered from the same issue, despite the obvious qualities of its award-winning sedans.

For its part, Kia Canada took pains to point out to us that the Stinger has actually been a relatively successful product for the the company in our market. While sales overall for the segment are down 22% in 2019 over 2018, the Stinger's sales are down a less-drastic 8%. In Quebec, they're actually outpacing last year's sales to date, by 2%. The Canadian division also alluded to the model's role as a niche product and not a mass-volume car, and to the time it naturally takes ot build a vehicle's positioning in the market.