The annual study produced by American organization J.D. Power that looks at vehicle dependability has been released, and it shows that overall owners are increasingly bullish about the reliability of their vehicle. 2020 sees familiar brands at the top end of the chart and many returnees in the individual segments, but of course with a few surprises as well.

The J.D. Power U.S. Vehicle Dependability Study (VDS), now on its 31st edition, looks at the number of issues reported by owners of three-year-old vehicles – so this year, 2017 models. The organization ranks vehicle models according to the number of problems reported per 100 vehicles (PP100); this year it collected responses from 36,555 original owners of 2017 model-year vehicles between the months of July and November 2019.

Reported problems can range from dissatisfaction with the transmission to issues with the voice recognition system. In all, the study looks at 177 different issues.

Photo: J.D. Power
The most dependable brands in 2020, according to J.D. Power

Even with the increasing complexity of vehicles these days, J.D. Power found that the industry average in terms of PP100 improved again in 2020 in relation to 2018, though by only two points (the 2019 improvement over 2018 was six points). Here’s the explanation given by Dave Sargent of J.D. Power as to why that might be:

“Despite the increased adoption of complex vehicle technology, dependability continues to improve. There’s no question that three-year-old vehicles today are better built and more dependable than same-age vehicles were in previous years. However, the rapid introduction of technology is putting increased pressure on dependability, so it would not be surprising to see problem levels plateau, or even increase, over the next few years.”

The new 2020 ranking is worth a look, if only to see if your car, SUV or truck is on the list of most dependable rides! 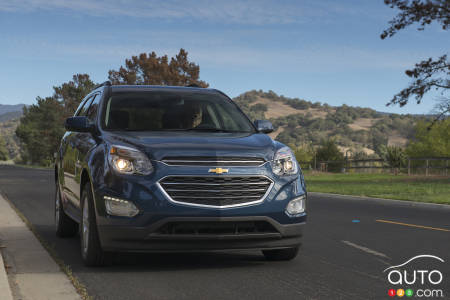 The main takeaways cited by J.D. Power in this year’s study include:

Rate of improvement – As mentioned, owners continued to report finding their vehicles more dependable than the year before, but the difference this year is far smaller.

Crossovers and SUVs – These vehicle types still generate more reports of problems than do cars, but the gap is getting narrower all the time. The average PP100 for these types of models this year is 134, compared to 127 for cars. 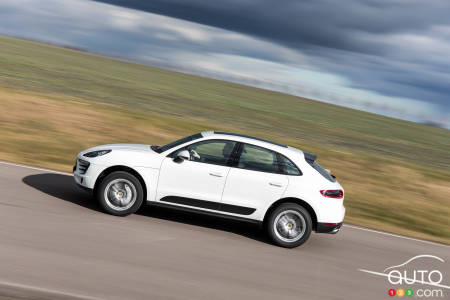 Record-setting dependability rating – 2020 saw a new record established, as the Lexus ES racked up a PP100 rating of 52, which has never been seen before in the 31 year-history of the study.

Best-performing brands – Upstart luxury automaker Genesis continues to do well in studies like this, landing at the very top of the dependability chart with an average score of 89 PP100. Behind it on the podium came Lexus (100) and Buick (103); Porsche (104) and Toyota (113) rounded out the top 5. 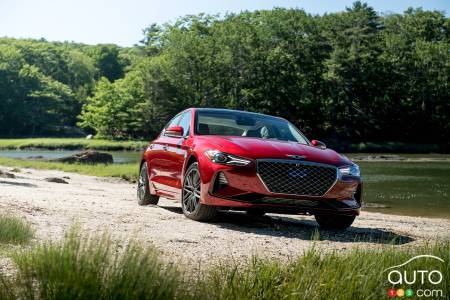 An EV among the segment winners – For the first time, an all-electric vehicle took the top spot in a vehicle category. That model is… the Nissan LEAF, in the Compact Car segment.

GM performs – The American giant took home five separate segment titles, as the Buick Encore and Regal as well as the Chevrolet Equinox Silverado HD and Tahoe all placed first in their respective categories.

But Toyota beats it – Toyota/Lexus continued to knock it out of the park in studies that look at vehicle indestructibility. It had six segment winners in the 2020 J.D. Power study: The Toyota 4Runner, Avalon, Sienna and Tundra, and the Lexus ES and GX. 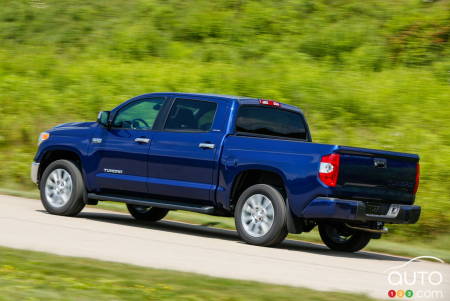 Tech takes it – The survey category that looked at in-vehicle technologies saw the biggest improvement this year, but the caveat to that is that it remains the category that garnered the highest percentage of reported problems. Common bones of contention include the Bluetooth, connectivity and nav systems.

“Many owners complain about these systems early in the ownership experience and, three years later, they’re still frustrated with them,” Sargent said. “We’re seeing improvement, but automakers still have a long way to go to before they can declare victory in this area.”

See the list of most dependable brands and the top performers in each segment on the next page.

We take a look at the new ranking of the most dependable SUVs and trucks in 2019 according to J.D. Power, which has just published the results of its survey ...

Auto123.com looks at the SUVs, minivans and pickup trucks offering the best resale value in 12 different categories, according to a new study by research fir...