Ford gave its F-150 a significant makeover just two years ago, and this year it’s rolling out the new Maverick pickup. Next up for a makeover is the Ranger pickup, the next generation of which has just revealed. Or at least, the version destined for the global market. And don't forget the all-electric F-150 Lightning.

And just like that, Ford has, in two years, completely renewed and expanded its pickup lineup.

In the case of the Ranger, the overhaul was, well overdue. Even though Ford’s resurrection of the model in North America dates only to 2019, that resurrection actually consisted of a warmed-over product it has been selling in Australia and other markets since 2012. A renewal was clearly called for, especially to allow the model to keep up with the competition.

The new Ranger presented this week should arrive in North America in 2023. The pickup borrows from the Maverick, but also from the F-150. Horseshoe-shaped LED headlights, wheels designed for off-road driving, bulging front fenders and a slotted hood are all obvious at first glance. We also note the presence of a running board on the Wildtrak version (in yellow), which seems to stand higher off the ground than the other variants in the lineup. We'll see. Ford says it has stretched the wheelbase by 2 inches and widening the track by 2 inches as well, which should help improve the experience behind the wheel. The new Ranger will use a similar suspension system to the current model, but Ford has positioned the rear shocks outside the chassis rails.

Under the hood, the current 2.3L EcoBoost 4-cylinder engine will return, along with a variety of diesel engines for other markets. A 10-speed automatic transmission will still be available. A manual transmission is offered elsewhere, but don't get too excited about seeing it in the North American product offering - the chances of that are virtually nil.

The most important changes are on board. The layout has been substantially updated, with a 10.1-inch touchscreen now standard (a 12.0-inch screen is available), and both featuring the Sync 4 multimedia system. Wireless charging will also be available, and Ford has expanded the cargo space inside the doors and under the rear seats.

This new generation of the Ranger will go into production next year at Ford's plants in Thailand and South Africa. We'll know more about the Ranger coming here sometime next year, perhaps as early as the Chicago Auto Show, usually the manufacturer's favourite setting to unveil pickup trucks. 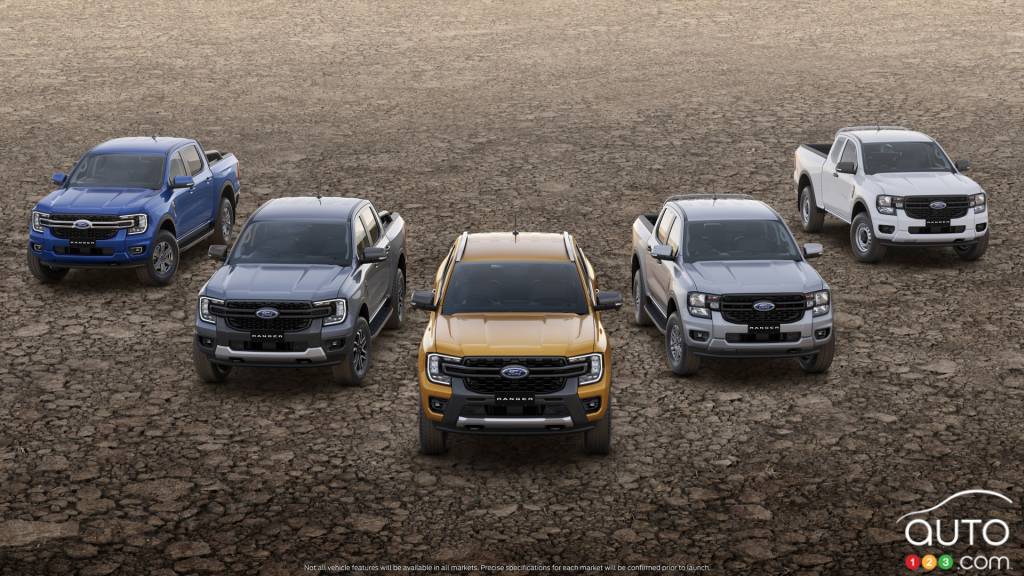 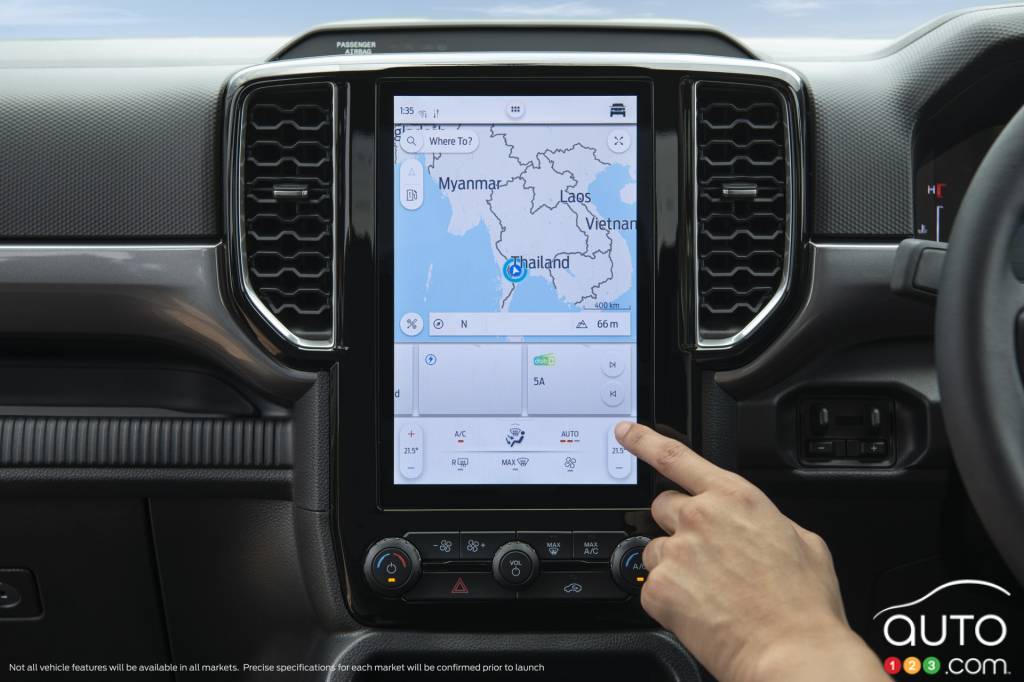 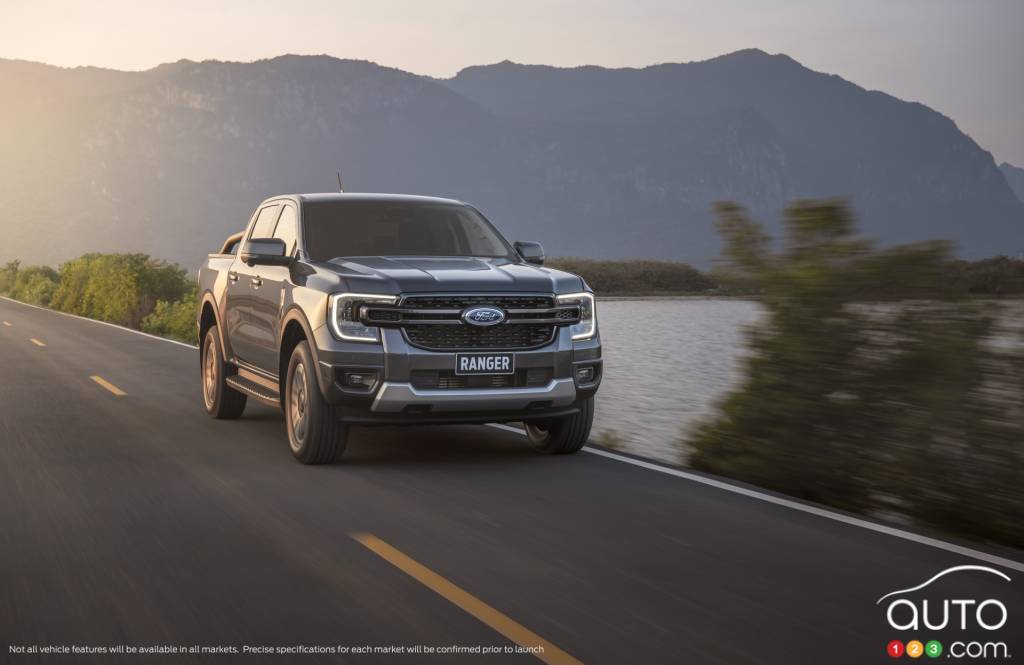 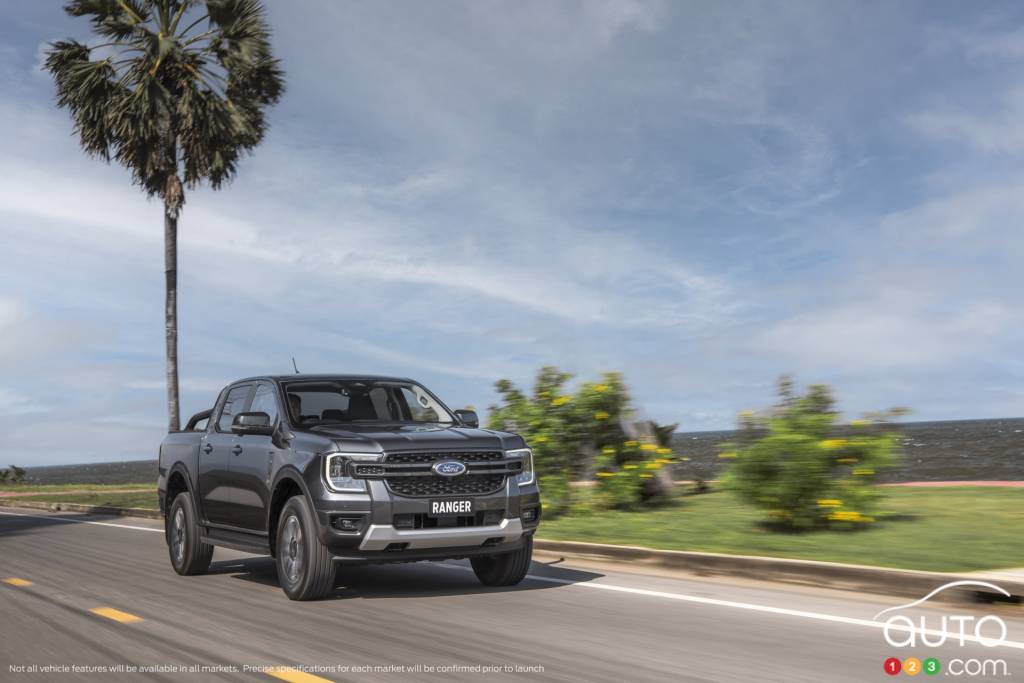 Ford’s Super Duty Range Gets Design and Tech Updates for ...

The 2023 Super Duty lineup features redesigned trucks with new accessory pages and specs and features even more impressive than before. We attended an early ...