It's a truism in the automotive world that German carmakers' products are not quite as reliable than some others, but there’s an exception to that perceived rule. Generally, models carrying the Porsche insignia are considered quite durable. However, the Stuttgart-based automaker isn't immune to imperfections either, as evidenced by its most recent recall.

This one involves about 5,000 2013-to-2015 Boxster models that were assembled between 2012 and 2015. Specifically, the company has launched a voluntary recall that applies to some 5,000 Boxster Cayman cars. Theses may have a problem that is potentially dangerous for drivers. Transport Canada’s website explains that “the rear axle carrier side mounts may crack and eventually break. If both mounts break while driving, there could be a sudden loss of vehicle control.”

The recall applies to 4,934 models sold in the United States, and another 442 in Canada; affected vehicles include the Boxster, Boxster S, Boxster GTS, Cayman, Cayman S and Cayman GTS. Some of these are more deeply affected in terms of numbers than others - the affected Boxster and Boxster S cars were manufactured between September 2012 and July 2014, while the GTS versions were assembled from May to July 2014.

Porsche noticed the problem in March 2020 and immediately began testing the part. In all, 10 of the 153 side sections tested were found to be defective; they developed cracks that could become fractures with the potential of causing drivers to lose control.

Porsche will replace the rear axle support side sections of all affected cars free of charge, regardless of whether cracks have developed. The company will notify owners by mail beginning in November and ask them to bring their vehicles to a dealer for replacement of the rear axle carrier side brackets. 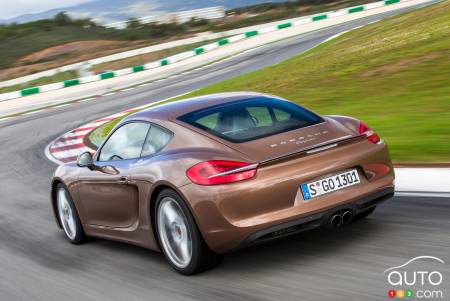 Porsche has announced a recall of 100,000 Panamera and Cayenne models due to a problem that could lead to vehicle rollaways. In some situations the vehicles ...

Ford is issuing three major recalls involving more than 800,000 vehicles in all. The largest of the campaigns involves the Explorer model (2013-2017) and add...