It’s the eve of the 2018 Beijing Motor Show, one of the more noteworthy events on the auto show calendar, notably as regards cutting-edge technologies and innovations as well as new China-only models whose elements may predict future trends and developments in our market.

Kia, Hyundai and Nissan, for example, are using the 2018 show to introduce new models destined solely for the Asian markets. Chinese automakers (FAW, Chery, Lifan, Changfeng, et al) will obviously be prominent at the show with their all-new models that will never see the light of day over here. Visitors will also get to see the tiny XEV LSEV, the world’s first 3D-printed car!

We’ll be providing coverage of the show once it gets underway later this week, but we’ll start with a little preview of what automotive companies have in store this year.

BMW
The German automaker, one of the most aggressive industry players in the drive towards electrification, will be presenting its very first all-electric SUV, the iX3. The newest iBeemer will be a direct rival to the Jaguar I-PACE. The company will also officially present the 405-hp BMW M2 Competition coupe, featuring the same engine as found in the M3 and M4. A rumour is circulating to the effect that BMW may also bring an electrified version of it sporty X2 sport activity vehicle to the show.

Buick
Unsurprisingly, Buick will be a major presence at the Beijing, with China becoming such an important market for the automaker in recent years. Visitors will see the production-ready new Velite 6 foor-door sedan, which will run on an electric powertrain – Buick is apparently planning two versions, one a plug-in hybrid and the other all-electric. Also electric is the Enspire, a new concept Buick will unveil this week. The company is mum on whether either model will ever venture beyond Chinese borders.

Ford
Ford’s big play in Beijing this year is the new Ford Focus, complete with a new-look frame built on the company’s new scalable front-wheel-drive platform. Also present will be the also-new-look Ford Escort.

INFINITI
INFINITI will be bringing along the new QX50 to make as much noise as possible about its plan to build five new models in China, starting with the… QX50. The new SUV has just been named to Ward's magazine's 10 Best Interiors list for 2018, by the way. We've got a review here.

Jeep
The U.S. company will be presenting its specially-for-China new Jeep Grand Commander. The three-row SUV is built on largely the same platform underpinning the Jeep Cherokee, and will come in a regular 234-hp version as well as a sportier 265-hp variant.

Lexus
The Japanese luxury brand’s big reveal will be the already-teased Lexus ES mid-size sedan. Will that new Lexus grille ever stop growing? The ES carries what seems to be the most imposing iteration yet. 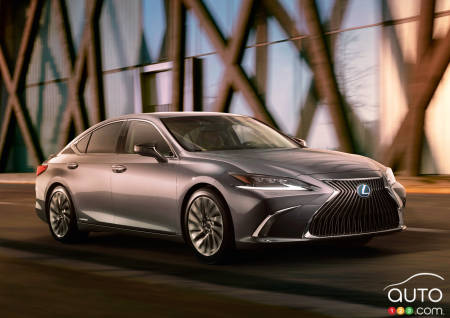 Mazda
The CX-8, or at least the left-side-drive variant of the SUV model, will get its world premiere in Beijing; the large utility model was previously restricted to the Japanese market.

Mercedes-Benz
We’ve shown you early images of the new Vision Mercedes-Maybach Ultimate Luxury concept, but the new ultra-luxurious prototype will go the Full Monty route in Beijing. It is likely to be based on the Mercedes GLS SUV and be sold as the Mercedes-Maybach GLS class. Also, the company will officially unveil the sedan version of its A-Class compact. 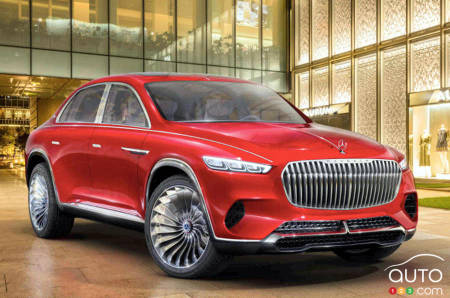 Nissan
The Japanese automaker is unveiling the off-road-leaning Terra SUV, about the same dimensions as the more urban-oriented Murano. Here again, the Terra will likely be restricted to Asian markets. 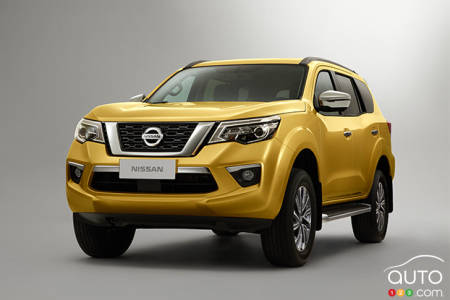 Toyota
Rumour has it that the Japanese manufacturer will be showing two new compacts running on a plug-in hybrid system at its Beijing kiosk; one of them is the new Corolla plug-in hybrid.

Volkswagen
VW will be on hand in Beijing with the brand-new third-generation 2019 Touareg SUV, along with two new sedan models and a concept.

Volvo
The Polestar 1, the first vehicle produced by Volvo’s now stand-alone performance brand, will be a major point of attraction at the 2018 Beijing Motor Show. Apparently the version that will be showcased is nearly production-ready, and will keep our interest while we continue to await the Polestar 2 electric sedan-SUV mix. The company is also going to introduce visitors to its S90 Ambience Concept, the interior of which can be personalized via different themes that change the lighting and audio schemes and even provide a choice of scents. Choose Northern Lights, Scandinavian Forest or other mood to fit the moment… 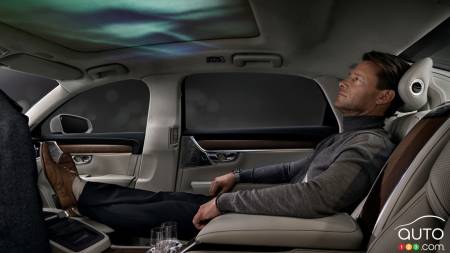