The automotive market is today overflowing with utility models, but 20 years ago there were precious few roaming our roads. One of those early models sold under the Subaru banner, starting in 1997.

The Forester was a success from the get-go, and this week Subaru made the announcement that it has sold its two millionth unit of the utility model in the U.S..

The company hit its first million sales of the model in 2013, which means that the pace of sales has increased since then. Right now, Subaru is selling the model at a rate of 10,000 units per month south of the border.

Here in Canada buyers snap up on average 10,000 Forester per year; that 10-to-1 ratio in the sales figures is roughly in line with the population difference between the two countries. Zoom in closer and you see notable differences in popularity in different regions, of course. In areas with rough winters, and where all-wheel drive is more appreciated, the Forester is particularly popular.

Overall, though, it’s clear that Subaru hit a home run with this product, as it has with the high-legged wagon the Outback, which is slightly larger than the Forester.

Now the question becomes, will the three millionth Forester sold be electric in some form?

Our review of the 2019 Subaru Forester

Comparison of the 2019 Subaru Forester vs the 2019 Volkswagen Tiguan 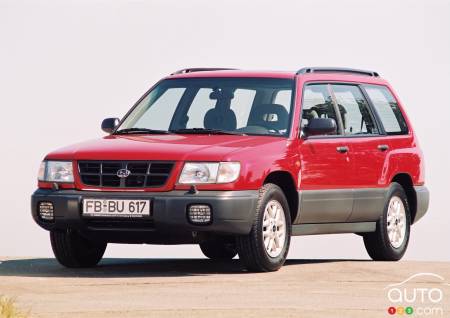 10 Million Vehicles Sold in the United States for Subaru

Subaru has announced the attainment of a major milestone for its American division. The Japanese automaker has just sold its 10 millionth vehicle in the U.S....

Honda and Subaru Set Sales Records in U.S. in August

Honda and Subaru enjoyed record sales in the month of August in the United States. In particular, the former’s CR-V and the latter’s Crosstrek had their best...