While the pandemic forces most of us to stay quietly at home or in the immediate neighbourhood as the year comes, mercifully, to a close, Auto123 revisits (virtually) some of the memorable spots found along the mythical road known as Route 66. Today, part two as we focus on a must-see on the route, the Sinclair Gay Parita gas station.

One can only imagine what the service stations on Route 66 looked like in the 1930s, 1940s and 1950s. Fortunately, a stop at the Sinclair Gay Parita does better than that; it takes us back to the heart of that period. 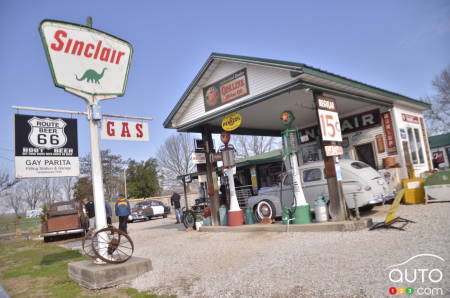 In 1934, a gas station called Sinclair Gay Parita appeared on Route 66. Its founder, Fred Mason, named it in honour of his wife, Gay. She died in 1953 and only two years later, a fire destroyed the place. Normally, the story of Gay Parita would have ended there. But that was without counting on a certain Gary Turner. 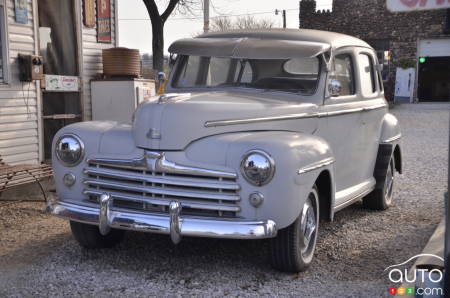 In the early 2000s, Gary Turner purchased the site and decided to revive it. The retiree rebuilt the station using photos of the time and the style that this type of establishment generally sported in the 1930s. The place would still be recognized as the Sinclair Gay Parita, but also as Gary's Gay Parita. Antique cars were placed here and there and as if by magic, the atmosphere of the time was recreated. 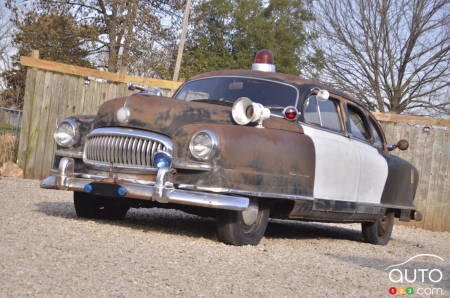 Behind this Nash, a wooden fence has been installed by the new owners and allows tourists to leave their mark. Of course, we took the opportunity to put ours on it. Our message was in French, but there are messages in many languages on the fence; visitors to the Sinclair Gay Parita come from all over the world, literally.