Auto123 takes out its crystal ball and presents the 30 most notable models that will be arriving in 2020-2021. Today, the electric vehicles!

Public interest in electric cars continues to grow, right along with the number and strictness of government regulations falling into place around the world, and that is compelling all (or almost all) manufacturers to develop products powered by cleaner energy. The increase in demand for and supply of EVs inspired us to put together this list of the electric models most eagerly awaited this year and next. 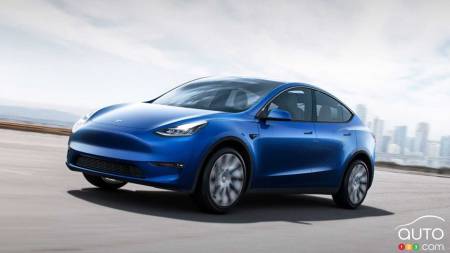 The fourth model to join Tesla's lineup, the upcoming Model Y, has seen its go-to-production date moved up by several months, to the delight of the many fans of the brand. Indeed, the American automaker has confirmed that assembly of the crossover is already underway at its Fremont, California plant.

And that's not all, because at the time of the announcement, the Model Y even saw its range (between recharges) increase substantially, from 451 to 507 km. The caveat is that that improved performance is possible only when buyers keep the original 19-inch rims; the 21-inch wheel treads hamper the distance that can be covered on a single charge.

BMW will unveil its iNext electric SUV on November 11th. We won't have the production version in front of us yet, but we should get close to it, as it is sch...