Intellectual property applications, or trademark requests, remain a fruitful source of information that shed light on what car manufacturers are planning to offer down the road. We saw it just this week with Nissan and its application for an SUV in Brazil, a product that could well be the next Rogue.

Now, it's Toyota's turn to drop a hint about what they're up to. Recently, the company registered the GR Hilux name, which points to a potential competitor to the Ford Ranger Raptor that's being offered elsewhere in the world. We know, however, that this model won’t be for us in North America.

Rumours about a Corolla GR have been circulating online for some time, this despite Sean Hanley, VP of Sales and Marketing of Toyota Australia, stating not long ago that such a version was not about to be offered. 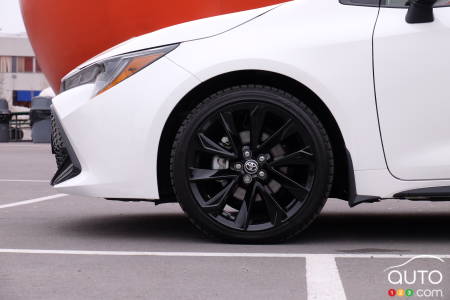 Speculation is that this potential Japanese rival to Volkswagen's Golf GTI will be equipped with the same 1.6L, 3-cylinder turbocharged engine that powers the GR Yaris. With that model the powertrain develops 257 hp and 266 lb-ft of torque. The GR Yaris benefits from all-wheel drive and is served by a 6-speed manual transmission. We maintain a fervent if not entirely optimistic hope that that model will be offered here at some point in the future.

The GR Corolla name isn’t the only one that Toyota has registered with the Australian intellectual property office. Indeed, the name "C-HR GR-Sport" was applied for on the same day. The GR Sport versions represent the entry level in the company's performance family, below the mid-range GR and high-end GRMN variants. In Japan, the C-HR GR Sport was unveiled in October 2019 with a number of visual modifications and minor mechanical improvements to the suspension and steering.

All of this is in the context of Toyota stated commitment to producing performance versions of virtually all models it sells. We repeat, we maintain guarded hope that North America isn’t neglected when it comes to the automakers plans in this domain. 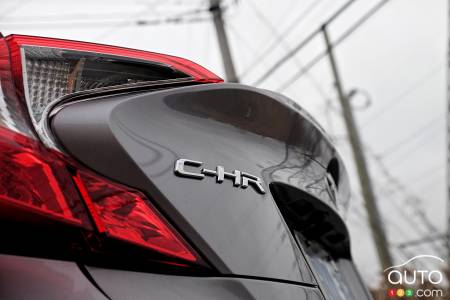