Among Japanese automakers, Mazda has often positioned itself as an exception to the rules. For one, in the products it puts forward, Mazda always focuses first and foremost on drivers, and the CX-9 is no exception to this rule. Its spec sheet is not as impressive as its more-powerful V6-equipped rivals, but you have to look beyond the numbers to appreciate this model at its full value.

Little change in 2020
The CX-9's most recent redesign dates back to 2016 when the small Hiroshima-based automaker incorporated the latest SkyActiv-style additions to the model. For 2020, Mazda has added 10 lb-ft of torque to the turbocharged 4-cylinder engine (with 91-octane gas). 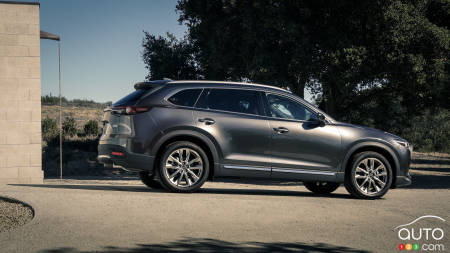 The CX-9 comes with four-wheel disc brakes, ABS and EBD, as well as an Intelligent Brake Assist system. 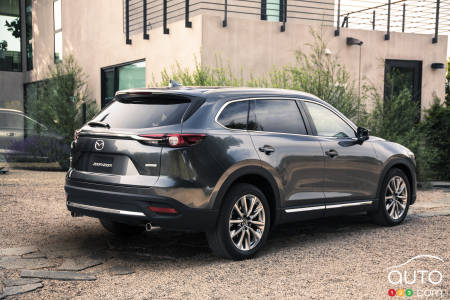 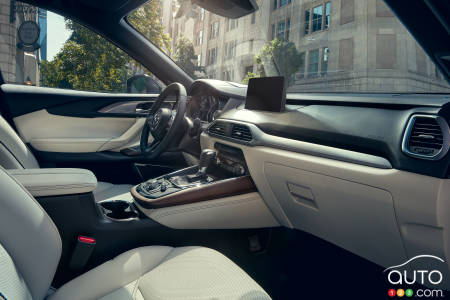 Still a turbocharged 4-cylinder
Mazda removed V6 engines from its toolbox a few years ago, since which the 2.5L turbocharged 4-cylinder is the most powerful engine the company has on offer. Mazda confirms by the way that it's possible to run this engine on regular-octane gasoline; in that case, you get 227 hp and 320 lb-ft of torque (up from 310 last year). If you decide to run on 91-octane gas, you get 250 hp – which gets this 4-cylinder engine close to V6 competitors like the 270-hp Toyota Highlander, the 280-hp Honda Pilot and the Kia Sorento with its 290-hp V6.

But don't judge the CX-9 by the numbers. Its 4-cylinder is powerful, flexible and offers a powerband that makes driving it enjoyable. On the other hand, it's not particularly economical. Our test week ended with an average of 11.5L/100 km, pretty close to what a lot of V6-engine models do. But its pleasant drive, quiet interior and good space made us appreciate the time spent behind the wheel.

Mazda also found a way to give some honest-to-goodness styling to its big SUV, which is quite rare in this segment where most models seem made from the same mold. It cuts a striking pose on the road, amazingly.

There are still a few bugs to do with the user-(un)friendliness of the controls and the unnecessarily complicated layout of the screen, which by the way is not tactile - an unforgivable mistake in our opinion. 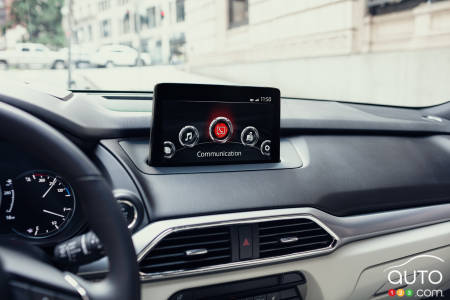 Inspired Drive
We live in a world where the majority of three-row SUVs are not particularly charming when it comes to actually driving them. The CX-9 is a nice surprise in this regard. It proves itself alert with communicative steering and even allows the driver a certain amount of pleasure when tackling a tight corner. Its ride is very composed, the chassis is solid and you feel this thing is closer to a German than an American SUV.

The Signature model offers high-end fit and finish, and ambles up quite closely to the best models coming out of Europe. It's true you’ll pay over $50,000 for a Signature edition, but that changes nothing regarding the good job Mazda has done to make it a premium SUV. Brown leather and real wood inserts add a touch of elegance.

If there’s a small downside we could point to, it’s in terms of living space. The cabin's volume isn't as good as a Honda Pilot or Kia Sorento and it feels a little cramped. However, if there are usually no more than four of you, if you’re not constantly lugging five or six people around, that's not a problem. Second-row passengers can then take advantage of the sliding seats to create more space for themselves.

Conclusion
For all it represents, the CX-9 must be considered one of the most attractive choices in its segment. Easy to live with, pleasant to drive and well-equipped, it has also proven to be reliable. 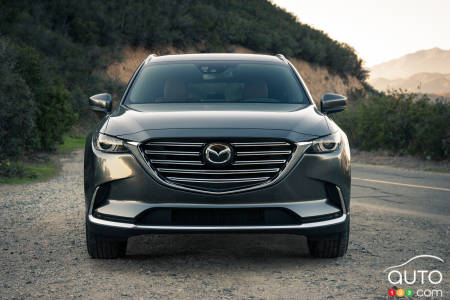 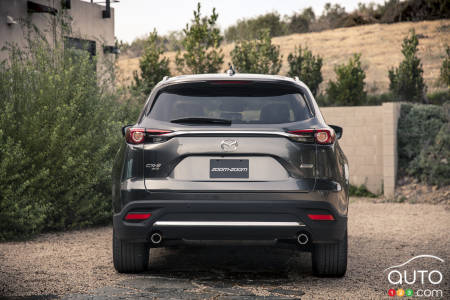 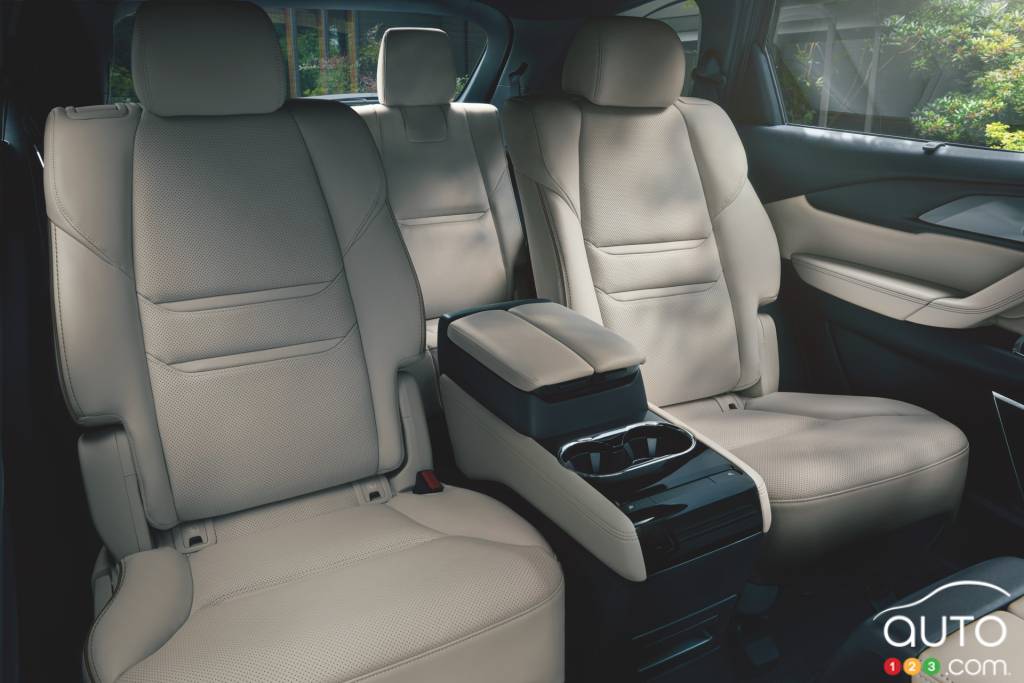 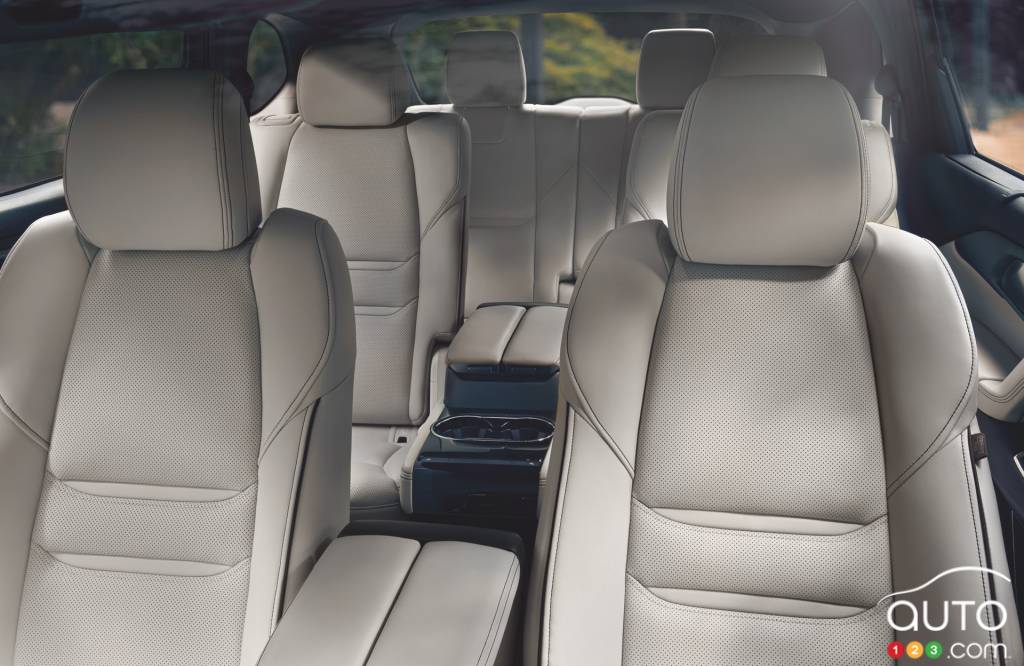 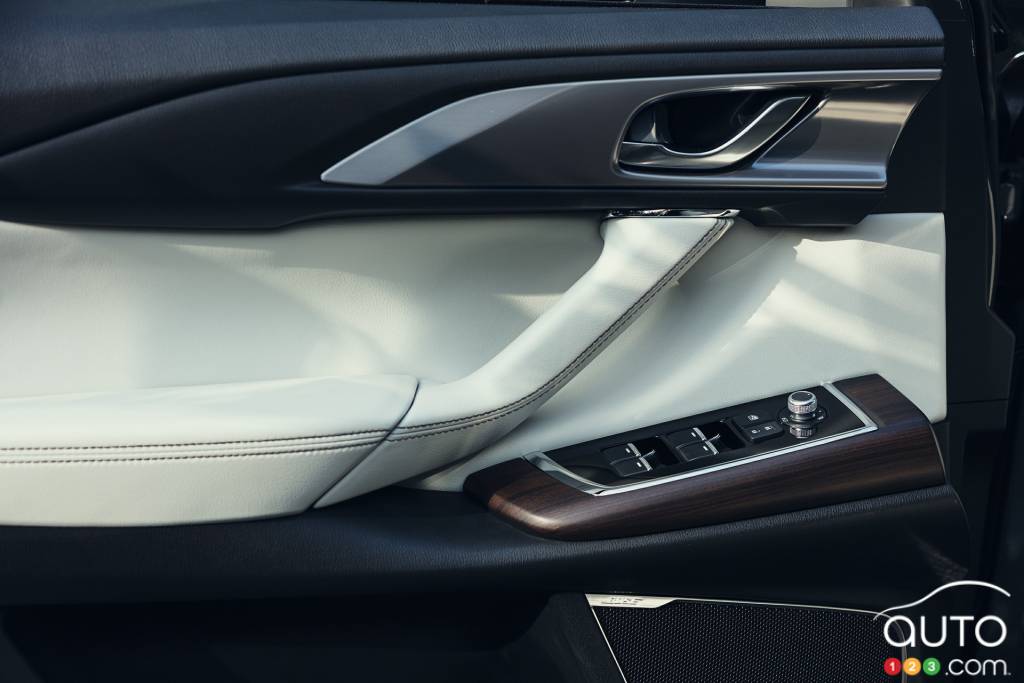 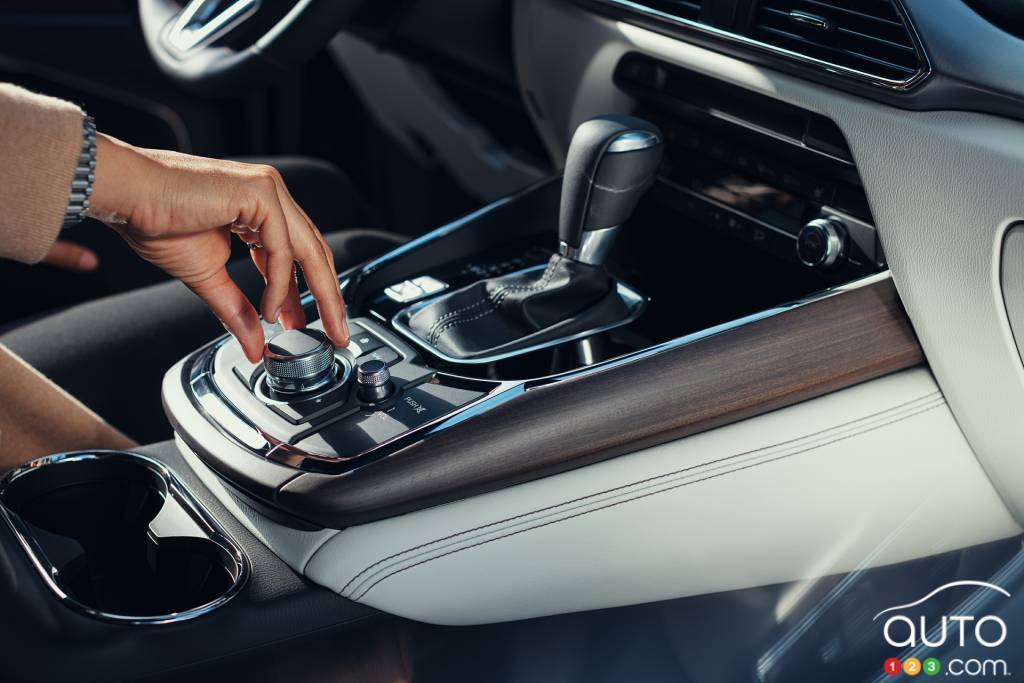 The 2021 Mazda CX-9 Kuro Edition is a sleeker version of the carmaker’s three-row SUV, a sporty creature that’s not particularly muscular, and is saddled wit...

Mazda Canada has announced pricing and changes for the 2021 Mazda CX-9 SUV. The model lineup gets two special editions - the Kuro Edition and a 100th Anniver...

Nobody’s perfect: this is the story of an automaker presenting an engine format years too late and removing the advantages that format offered in the first p...