Whitehorse, YT - Like most sports teams, every automaker has on its roster one, maybe two franchise players. Try to imagine where Ford would be without its F-150, or Toyota, bereft of its Corolla. For Subaru, that role is played by the Outback. For sure, the Crosstrek and the Forester are important players in the company’s lineup as well, but the Outback is the heart of the team, the one with the C on the jersey.

If there’s one model Subaru can’t afford to mess up, in other words, this is it.

Since it debuted in 1995, the Outback has been revised every five years or so, in the spirit of the brand’s innate conservatism. That careful approach does have its upside, and the new 2020 Subaru Outback we were introduced to during a first-drive event in the Yukon is eloquent proof of that.

Like with its fraternal twin within the Subaru family, the new 2020 Legacy – which we test drove just a few weeks ago –, the overhaul given the Outback is lucid and relevant. The big difference here, though, is that Subaru is well aware of the strong demand and high expectations for its Outback, which is more than can be said about the Legacy sedan.

Its continued popularity means that Subaru thought best not to mess too much with the recipe of the Outback. What the consumer wants…
The Outback also benefits from some of the fiercest levels of customer loyalty in the industry. Internal surveys carried out by the company show that 30-35% of owners will not consider any other model when it comes time to trade in their Outback for a new vehicle.

Not surprisingly, the styling of the model has changed very little – no sense fixing what’s not broken. People like it the way it is and appreciate it for what it has to offer. And that would include things like all-wheel drive, cargo capacity, practicality and safety.

In my review of the new Legacy a few weeks back, I didn’t hold back in criticizing the meek evolution of its design. To me this is incomprehensible when a company is dealing with a model that doesn’t sell much. The situation with the Outback is very different, clearly.

The catch is this: the two models are basically twins. And in this instance, what’s good for one (staying the course in terms of design, or making drastic changes) is not so good for the other.

A rookie makes the squad
As mentioned, changes are mild for the new generation, however there is the noteworthy addition of a new variant this year. And interestingly, that move was driven in part by the model’s fan base. Subaru surveyed them and noted the most common requests in order to integrate them in the new variant, which gets the name Outdoor. The Outdoor joins the lineup smack in its middle, above the Convenience and Touring versions and below the Limited and Premier.

And so this year we have five different Outback trims to choose from. In the first two cases, the only engine available is a 2.5L, naturally aspirated 4-cylinder; this unit also serves as the base engine for the two range-topping versions. The new Outdoor edition, meanwhile, comes with a 2.4L 4-cylinder turbo engine, which can also be added as an option in the two top trims.

When that latter turbo is included, the model gets an XT suffix (so Outdoor XT, Limited XT and Premier XT). Pricing for all these configurations is found below.

Presentation and safety
Before we get to the model’s nitty gritty – its interior volume and its off-road capabilities – a quick word about the interior presentation and the safety features it harbours. 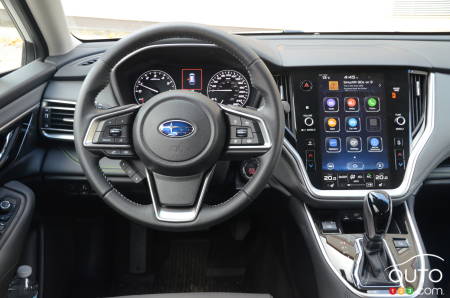 Like the Legacy, the Outback gets the brand’s new dashboard and multimedia system. Across the board, we’re talking a substantial improvement. Case in point is the 11.6-inch touchscreen (the base model starts with a 7-inch screen), the menus of which are simple and the display of impressive clarity. You don’t need a bachelor’s in programming to make your way around in the system, thankfully. In three clicks you can deactivate some of the drive assist functions like the lane departure warning, which intervenes at the drop of a hat to the point of annoyance.

On the other hand, I was less thrilled to see that some of the commands have been absorbed into the screen menus. The heated seats function is a prime example. If it starts to get uncomfortably hot for you and you want to tone it down, off you go into the screen’s menu when you should be focusing solely on the road ahead. Adding insult to injury, while you’re doing this, the driver attention monitoring function repeatedly reminds you to keep your eyes fixed on the road. This while the system is forcing your eyes off it. Well alrighty then.

I’m not alone in decrying the extreme helicopter parenting of modern vehicles’ safety systems; it really does get annoying. At least, a number of them can be turned off.

If you’re like me and get quickly tired of the incessant nagging, best to know what’s in store for you with the Outback, especially since the company’s EyeSight safety suite of systems is included standard on all versions. 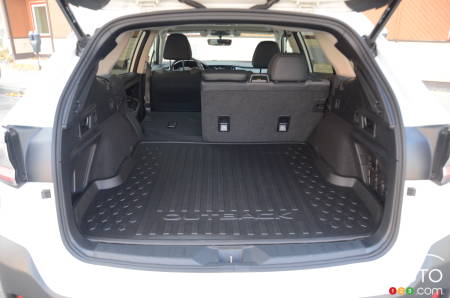 Volume
Subaru focused on offering more living and storage/cargo space for occupants. To that end, the new Outback is longer (by 36 mm), wider (by 57 mm) and higher (by 7 mm) than before. This added space is turned over mostly to the occupants, especially those sitting in the second row. Cargo space is the other beneficiary, as users can now cram in 2,144 litres’ worth of stuff (about 75 litres more than last year).

Even the roof rails have been improved on, as it’s now easier to anchor down gear. This will be very appealing for those who want to transport their bicycles, which according to Subaru is one of the most common uses owners make of this model.

The new version
As for the new Outdoor XT, here’s what it offers buyers: side mirrors, front grille, 18-inch alloy wheels and XT badge all in black, as well as weather-resistant seat coverings enhanced with green stitching, four-season mats, full-size spare tire and the dual-function X-Mode off-road drive mode.

The version also comes with heated back seats and a forward camera. The latter is a particularly valuable feature when off-roading, especially in tights spots. At the wheel
Like with the Legacy, the main quality put forth by the Outback is one of equilibrium from the driving experience. There’s nothing annoying here, though there’s nothing particularly exciting going on either.

I really enjoyed the smoothness of the ride and the comfort of the seats. Subaru has done good work addressing the issue of sound insulation, and the improvement there is noticeable.

Even at varying speeds, stability is evident in the Outback. On the road that connects the cities of Whitehorse in the Yukon and Skagway, Alaska, you often find yourself alone as far as the eye can see, which lends itself to applying more pressure on the accelerator, let’s say. Even at 135-140 km/h, the vehicle is nonplussed in its handling and road grip. At legal highway speeds, the 2020 Outback is both pleasant and reassuring. In both cases, power is managed by a continuously variable transmission connected to all four wheels. Need I mention once again that the Outback features one of the best AWD systems in the industry? Subaru buyers know this, and the system is one of the model’s major selling points. Enough said.

Conclusion
I could go on with describing the new Outback for quite a while – the company’s literature provided to us on this day in the Yukon goes on for 64 pages! I’ve included a few notable details below.

The big picture is this: the vehicle has progressed from generation to generation, and this one, as expected, is no exception. It changes a little bit on the outside, more so on the inside. As for the turbo engine, we’ll keep an eye on it because it still has to prove itself over the longer haul.

The Subaru Outback has long been, is still, an excellent buy. 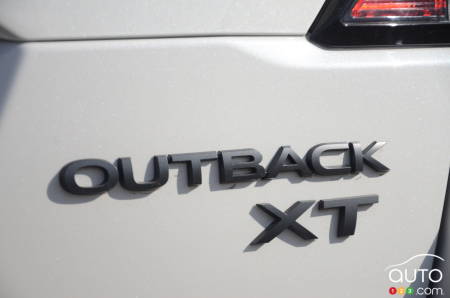 The backup camera now gets an automatic cleaning system.

Cargo space is bigger between the wheels.

The Starlink system comes with a host of services for the driver, like emergency assistance in case of accident and an agenda to help manage maintenance visits. 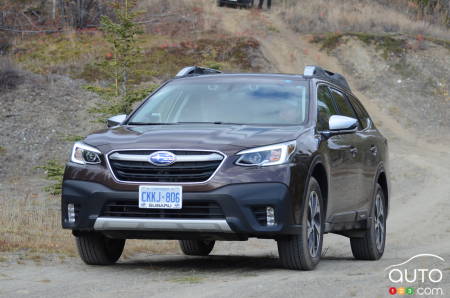 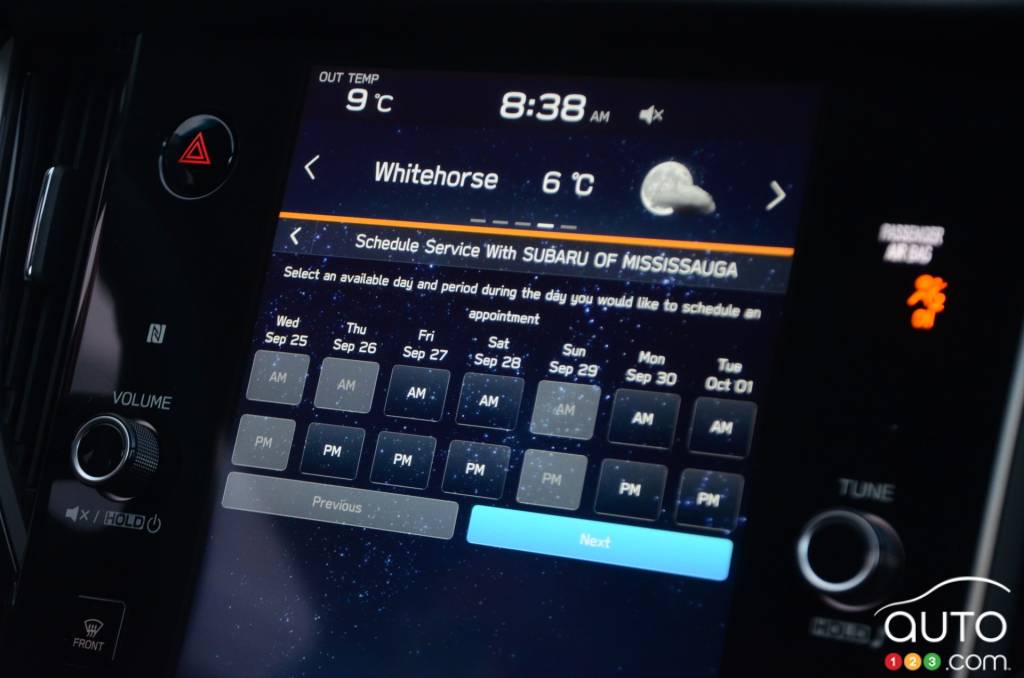 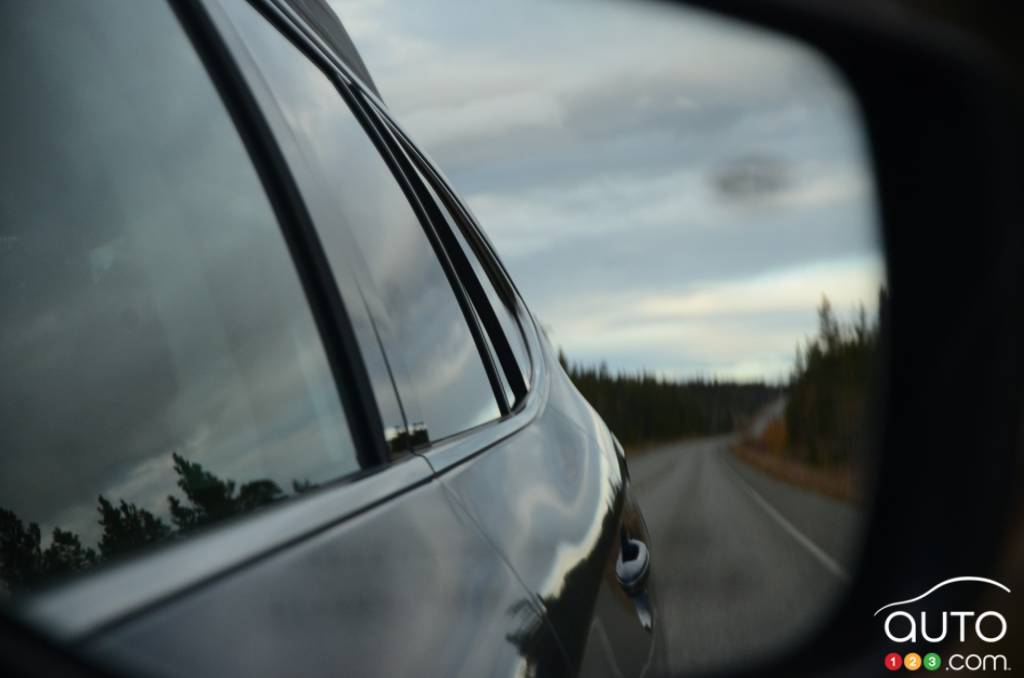 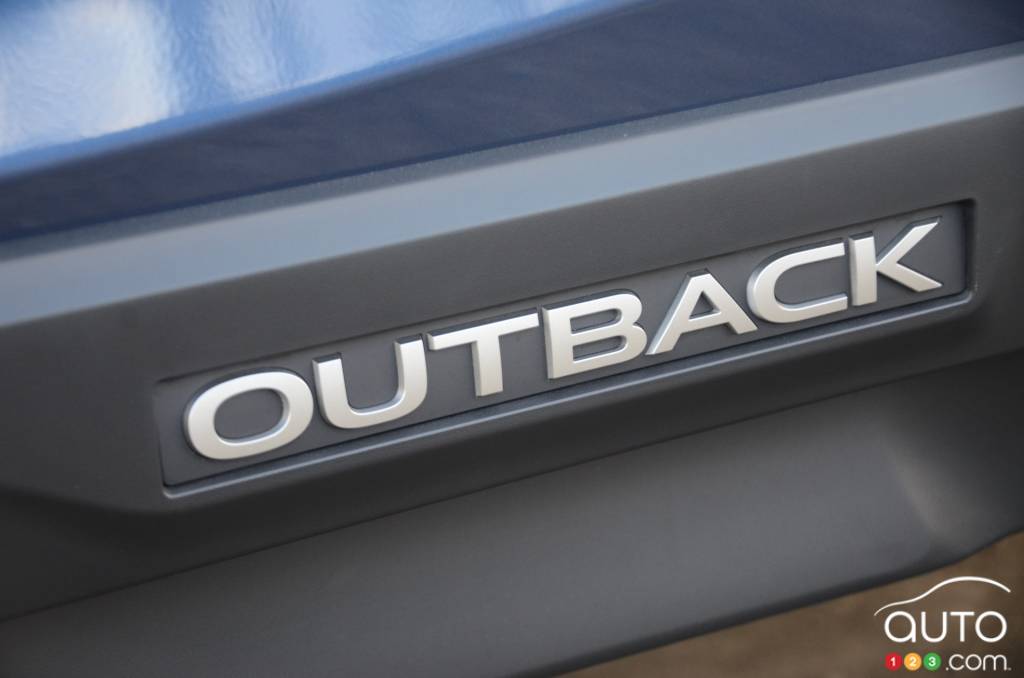 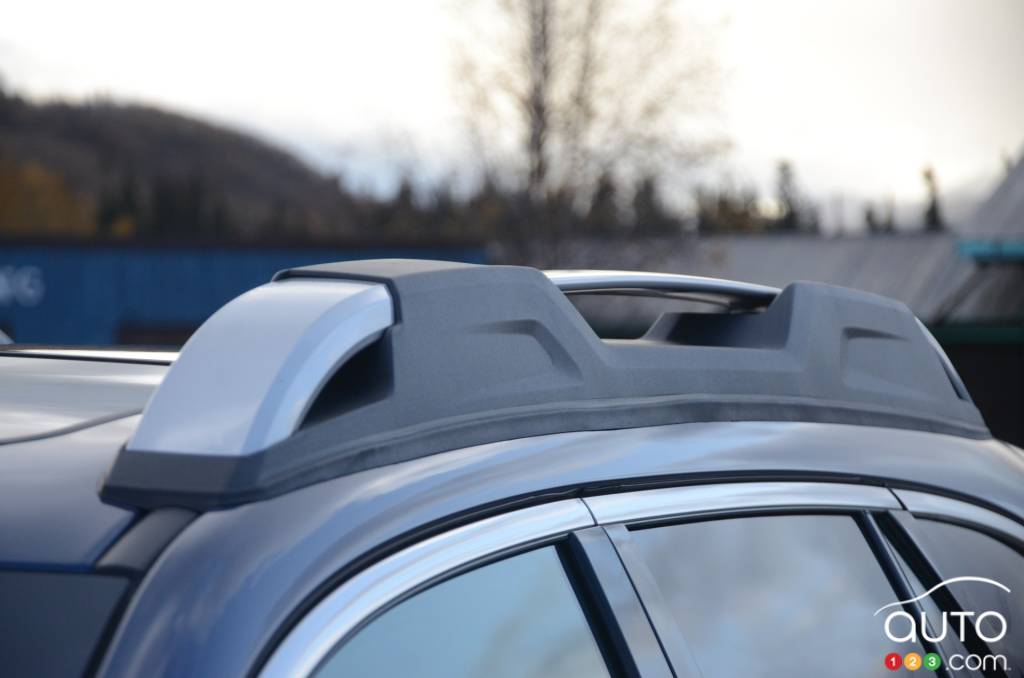 Subaru today introduced the new, more robust variant of its Outback model. The 2022 Subaru Outback Wilderness is clearly aimed at Subaru enthusiasts who are ...